Sarajevo – The sofa in the hostel’s common room is covered in camouflage upholstery. Flags, news clippings and automatic rifles hang on the pockmarked walls.

At night, the electricity is cut off. Guests read by cooking oil candles and fall asleep on sponge mats, listening to the sound of gunfire and bomb explosions played over a sound system.

The years of the siege of Sarajevo  stretch on inside the city’s War Hostel, a place where visitors get a taste of daily life in a warzone.

Clad in a makeshift UN peacekeeper uniform, 26-year-old owner Arijan Kurbasic, who survived the Bosnian War as a toddler, welcomes his guests from behind a pile of sandbags that function as a reception desk.

“My family and I experienced a war we didn’t ask for, and we survived it out of pure luck,” says Kurbasic. “I offer immersive experiences and war tours to show what happens when people get divided into ‘us and them’.”

Tourists with a taste for the macabre

Two years into its existence, the small hostel has won numerous accolades and is frequently cited as one of the best places to stay in Sarajevo by visitors and travel sites alike.

The hostel’s popularity also raises questions about the implications of dark tourism in Bosnia.

Dark tourism, which involves travelling to places associated with death and tragedy, is a thriving global phenomenon that has found fertile ground in Bosnia, a country still reeling from the effects of a devastating war.

From 1992 to 1996, the capital Sarajevo endured the longest siege in modern warfare after the Serbian military and its Bosnian loyalists sealed all entrances and exits to the city and launched a brutal assault on its inhabitants.

After the end of the war, however, tourists began to see Bosnia as an inexpensive, exotic and adventurous option, according to Marija Kamber, a heritage management researcher at the University of Kent in the UK.

“Tourism in Sarajevo saw a boost of 240 percent between 2010 and 2013, and this boost is highly associated with the visitation of dark sites in the area,” she says. “A large part of the local tourism industry is designed based on the desires of incoming tourists.”

Future travellers established Sarajevo in their minds as a place of cruelty, suffering, and mourning long before their decision to visit the city.

Dark tourism in Bosnia started almost as soon as the war ended.

A 1997 article from Geographical Magazine describes a week-long organised trip in which “clients could take in the marketplace where 68 people died in a mortal attack and enjoy a war-time dinner of emergency rations in a blacked-out city centre cellar.”

“This war was the first one in our nearer past that was televised,” says Kamber. “Future travellers established Sarajevo in their minds as a place of cruelty, suffering, and mourning long before their decision to visit the city.”

Kamber believes this association has provoked a great deal of interest in war heritage among visitors to Bosnia.

As a result of mixed motivations such as education and fascination with death, the line between general interest in historical heritage and voyeurism becomes blurred.

Dark tourism can range from shock entertainment that glamourises violence, such as the Jacke the Ripper Museum in East London, to educational and historical sites like the Auschwitz-Birkenau Memorial and Museum, which give visitors a chance to pay their respects to victims of past atrocities, while reflecting on the human condition.

On this spectrum, the War Hostel occupies an ambiguous position between “the kitsch and the authentic”, says Karl Jacobs, researcher of dark tourism at the University of Graz in Austria and curator of Storytellers: Sarajevo, an oral history project that collects life stories of Sarajevans.

The hostel is indeed a strange mix of macabre thrills, of suffering as spectacle and genuine trauma, blurring the line between performance and authenticity, commodification and memorialisation.

Confronting the past after an uneasy peace

The Dayton Peace Accords, signed in late 1995, put an end to the Bosnian War but divided the country into two entities established along ethnic lines: the Federation of Bosnia and Herzegovina, and Republika Srpska.

The accord also bequeathed an extremely complex system of governance that struggles to reconcile the differing narratives and aspirations of the two entities.

As a result, only a few memorial sites – such as the Tunnel of Hope, which was used to shuttle food and humanitarian supplies, as well as weapons, into the capital’s besieged neighbourhoods – have received official recognition.

“With no historical consensus on a national level about the events of the war, their memorialisation and interpretation in Sarajevo, [and wider Bosnia and Herzegovina], is left to site managers and individuals, such as ‘Zero One’ [Kurbasic], whose objectivity may be questioned,” says Kamber.

But Kurbasic insists that his hostel avoids assigning blame and focuses instead on paying tribute to the strength of victims’ survival.

“There are no winners in war, only victims,” he says. “I only talk about my experiences and of people whose histories I have absorbed growing up.”

According to Kurbasic, he steers clear of controversy by rejecting nationalist narratives of the war. “I built this hostel myself, because this is my story. I am not funded by any government body, which I guess is a good thing, since I don’t want to pick any political sides,” he says.

With youth unemployment in Bosnia as high as 63.1 percent, Kurbasic is glad to be making a living, even if it requires him to recreate his experience of war for tourists who have the luxury of walking away from the hostel unharmed.

“I didn’t choose to experience the war, but it happened to me, and it is my right to talk about it,” he says.

“Some people are repelled by the concept of the hostel, but this is what the tourists are curious about, so why not share my story and provide for myself and my family?”

I didn't choose to experience the war, but it happened to me, and it is my right to talk about it.

Voyeurism and the international community

According to Anna Calori, a researcher of labour history at Exeter University in the UK, the international community’s fascination with the Bosnian War has resulted in the neglect of contemporary struggles that define Bosnian life today.

“In 2014-2015, Bosnia saw waves of protests triggered by widespread economic discontent. International coverage of these events mainly focused on the violent and spectacular aspects of the protests, reinforcing the stereotype of Bosnia as Europe‘s powder keg”, she says.

“I think there is minimal international interest in understanding why a post-transition economy is struggling so badly, and what we have instead, is this simplistic view of Bosnia as a country at the edge of another violent conflict,” she says. “Such perceptions deny Bosnians a full existence outside their relationship to the war.”

Kurbasic first observed visitors’ fascination with the war when he worked as a tour guide during his teens. “I did regular city walking tours and I noticed that some people were generally less curious about the broader history of the city or country, compared to the recent war history,” he says.

Though he tried to satisfy their curiosity, Kurbasic found it “difficult to explain certain emotions to them,” and instead decided to simulate the environment he grew up in.

He admits that “survivors of war would never want to sleep on a bomb shelter bed,” yet tourists actively seek such experiences, hoping to find extraordinary and life-affirming insights in the tragedies of others.

Some have criticised the hostel as voyeuristic, but Kurbasic believes their outrage is misplaced. “You know what is really unethical? The fact that we had to live with the war; the fact that I lived in extreme poverty after the war, for years.

“I share my story with people who want to listen, so I can provide for my family. It takes a lot of courage and strength to do that here.”

‘Bosnia is more than this dark episode in our history’

Kurbasic hopes that his tours provide a perspective that is absent in official memorialisations of the war. In the basement of the hostel is a replica of a bunker in which his family took refuge during the siege.

Here, Kurbasic holds screenings of war documentaries, interspersing them with personal home videos and anecdotes from the days of war.

One – made by his father on a rare occasion when his family ventured outside their home – shows Kurbasic as a toddler playing and repeatedly saying “watch out, you’re going to get killed”.

Kurbasic hopes that such stories urge people to look beyond “their fascination with war and death and guns”, and appreciate the fragility of the human condition.

Ultimately, he believes, the nature of his job is determined by the myriad motivations that bring visitors to his door. In the economically crippled Bosnia, Kurbasic is making a living out of the only story visitors seem to want to hear.

While he appreciates their interest in the war, Kurbasic also hopes what they learn will open their ears to all the other stories Bosnians want to share.

“Maybe in the future people will realise that Bosnia is more than this dark episode in our history,” says Kurbasic. “We have a lot more to offer.” 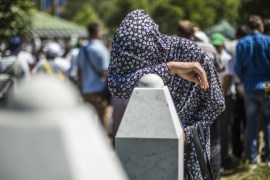 Chased for exorbitant court fees with little chance of justice, victims of rape and torture struggle to survive. 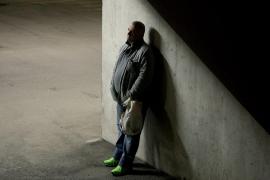 The Unforgiven: A War Criminal’s Remorse

A notorious war criminal searches for the prisoners he tortured during the Bosnian War to seek their forgiveness. 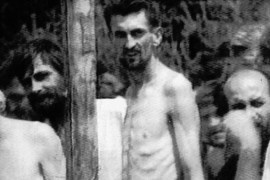 Omarska concentration camp survivors tell chilling stories of their incarceration at the start of the Bosnian War.