Smithfield, North Carolina is a quiet backwater in the south of the United States. A short drive out of town took us to a local airport – the focus of a remarkable campaign by citizens to find out more about what they say is their state’s role in a CIA post 9/11 programme of kidnap and torture.

We’d asked the airport’s management for an interview. We’d also asked for information from a company called Aero Contractors, which supplied planes for the covert CIA operation. Both refused, and it very soon emerged that we were not welcome. An airport official began taking photographs; when we visited a representative of Aero Contractors, they called the police.

In nearby Raleigh, Christina Cowger described how they first started to hear about mysterious flights leaving from Johnston County Airport, flights they came to call “torture taxis”. Back in Smithfield, her friend Allyson Caison told us she was shocked to learn that some of those involved were people she knew, prominent members of the community.

As the years passed, there were protests and repeated calls on the authorities to investigate the role of North Carolina’s airports in the so-called CIA “rendition programme” – calls, they say, that fell on deaf ears.
What is now clear, however, from those who researched the CIA programme, is that this state played a significant role in CIA kidnap and torture.

According to UK based academic, Sam Raphael: “The torture programme took place. It violated domestic and international law at many, many points and North Carolina and Aero Contractors was central to that programme.”

The 9/11 attacks on US soil and the mass murder of nearly 3,000 people was a defining moment in American history.

Following the atrocities, individuals were abducted and flown to foreign prisons and secret “black sites” where captives were subjected to so-called “enhanced interrogation”, techniques including sleep deprivation, “wall slamming” and waterboarding.

Senior personnel who served in the George W Bush era told us this covert operation has given rise to a toxic legacy.

Colonel Lawrence Wilkerson, former chief of staff to then-Secretary of State General Colin Powell, is an outspoken critic of the CIA programme that he believes is still doing irreparable damage to the United States’s moral position in the world.

In 2014, the US Senate Intelligence Committee released a redacted executive summary outlining findings of a study into the CIA programme. The full report – over 6,000 pages – has not been de-classified and made public.

If the executive summary gives any indication, that report does two astounding things categorically: It says torture doesn't work and it says we tortured, and we tortured extensively.

“We ought to want to see those 6,000 pages of the whole report,” says Colonel Wilkerson. “Because if the executive summary gives any indication, that report does two astounding things categorically: It says torture doesn’t work and it says we tortured, and we tortured extensively.”

Wilkerson claims that North Carolina Senator Richard Burr, chairman of the US Senate Select Committee on Intelligence, was instrumental in preventing the de-classification of the 2014 report.

But according to critics, there’s a further need for information about the CIA kidnap and torture programme to now be made public: The appointment of a new director of the CIA this year, and the views of President Donald Trump, who on the campaign trail said “torture works”.

Mark Fallon, a former counterintelligence agent with the Naval Criminal Investigative Service, is blunt: “He’s wrong. Torture as a tactic is not only ineffective, it is counterproductive and dangerous.”

A former CIA operative, Glenn Carle, described his reaction after he was instructed to “be creative” when interrogating a prisoner. “My thought was: This is clearly one of the critical moments in the history of the United States. We’re talking about torturing and that is illegal. And I wouldn’t do it.”

The appointment of a new director for the CIA in May 2018 re-ignited debate about the post-9/11 programme. CIA Director Gina Haspel headed a secret “black site” in 2002 where a prisoner was subjected to waterboarding. She’s since said the intelligence agency would not re-introduce a programme of “enhanced interrogation”.

Colonel Steven Kleinman, a career military intelligence officer, told us he does not believe Haspel’s assurances on torture.

“I have no doubt Donald Trump would get her out of the way post-haste if she objected,” Colonel Wilkerson commented.

After inquiries, the CIA referred us to the US Department of Defense which in turn referred Al Jazeera to public statements at Haspel’s public confirmation hearings. The White House declined to explain President Trump’s view on torture.

As part of their campaign, and in the absence of apologies from their government, North Carolina activists have offered personal apologies to victims.

One is German citizen Khaled El-Masri, taken on an Aero Contractors plane to a secret location in Afghanistan. El-Masri was held for over four months before the CIA realized he was innocent. They then flew him to Albania and dumped him in a remote location. He continues to suffer acute psychological distress as a result of his ordeal.

We met him in Austria where he told us of his abuse in captivity and going on a hunger strike for 37 days. “The worst thing is the humiliation, they want to tear you mentally apart.”

He says that, to date, the US has failed to apologize for what happened and he’s now mounting the latest in a series of legal cases against the US administration.

Two months ago, North Carolina campaigners launched a major report into their state’s role in the CIA programme, the culmination of 18 months of detailed investigation, public hearings and the contribution of dozens of expert witnesses.

But when they distributed the report to local officials in Smithfield, they were met with a wall of silence. As were we, when we asked for a response to a simple question.

Editor’s note: The filmmakers would like to thank Eric Juth and researcher Manon Joly for their contributions to this documentary. 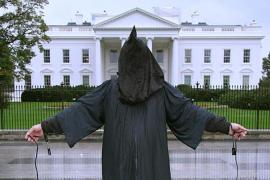 A former US president wanted to break up the CIA after it strayed from its mission, engaging in ‘strange activities’. 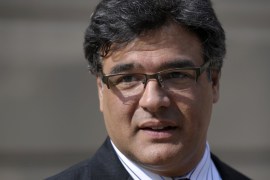 Former CIA officer John Kiriakou speaks to Al Jazeera about the US’s use of torture and his time in prison. 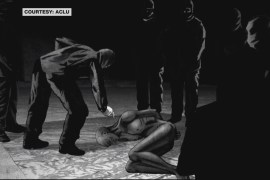