Jude Ratnam was five years old when he fled the Sri Lankan capital, Colombo, with his family.

In 1983, tensions between Sri Lanka‘s majority-Sinhalese government and minority Tamils erupted in a 26-year civil war that ended in 2009. The bloody conflict claimed about 100,000 lives, displaced hundreds of thousands of people and left indelible scars on the nation.

In 2006, Ratnam enrolled to study cinema and filmmaking. Upon graduating, he embarked on what would be a decade-long exercise in filming and documenting his experience of a civil war that tore his country apart.

In his film Demons in Paradise, Ratnam ventured beyond the violence of the conflict, exploring questions surrounding the very idea of Tamil identity.

Al Jazeera spoke to Ratnam about the legacy of the Sri Lankan civil war and the possibility of true reconciliation.

Al Jazeera: Why did you choose to make a film about Sri Lanka’s civil war?

Jude Ratnam: I definitely didn’t know how I was going to tell the story, but the impulse to make a documentary about the conflict came to me when the “activist” in me grew disillusioned.

Before I got into filmmaking, I was an NGO worker. But at the NGO, I felt a growing sense of uneasiness – being awarded a big pay, driving a four-wheel and preaching reconciliation to people.

You look around the world today and it appears that identity politics permeates our day-to-day reality. It was in the name of identity politics that I saw all this brutality towards my own, Tamil identity. I wanted to look beyond the conflict to examine the perceived and experienced nature of our persecuted identity.

In that sense, Demons of Paradise asks questions that are rooted in existentialism. It prompts you to think about the human condition, especially when it comes to perpetrating and enduring acts of violence.

Al Jazeera: The civil war resulted in the deaths and displacement of thousands of people. Was there any reluctance in people to talk about this painful period?

To the authorities, we had to keep lying about the nature of the film we were making. We said we were filming a love story set around the railways. When we met the characters we told them what we were really up to and fortunately, they were courageous enough to talk about the past.

I think I was just there with the idea of the film and a rolling camera – at the right time.

Al Jazeera: Why was it important to tell this story from a Tamil perspective?

Ratnam: In a 30-year war, it’s very difficult to look at just one side as being the victims and the other side as the perpetrators, because the lines are always blurred in a long-drawn-out war, or in any war, for that matter.

When those lines are blurred, you don’t want to face up to the truth of what happened, and if you don’t face up to the truth then you risk transmitting a distorted view of reality to the next generation. When my son was born, I felt an overwhelming need to understand, capture and address what I felt were the truths of the war.

It was important to tell the story from a Tamil perspective because the film brings into question the very idea of a Tamil identity. Fundamentally, it also brings forth the question of what it means to be human. It asks, how do we choose to deal with all the representations of identity, of nation, of community, of family?

Al Jazeera: How would you describe the political climate in Sri Lanka today? Is there still a sense of division?

Ratnam: Yes, pretty much. While there has been a change of government after the end of the civil war, the fundamentals of the ruling class’ political ideology – to divide and rule – remain unchanged. There is an absence of political will to look back and at the past with a view to facilitate reconciliation between people. It’s just not a priority.

The government just wants to put people on the bandwagon of progress and development, which is frankly little more than a rat race. When the past emerges, both sides – whether they be the state or the Tamil ideologues – seem more inclined to add fuel to the fire in an attempt to flare up more and more hatred towards each other. So the ruling conditions have not changed at all.

What disappoints me most is the lack of political will by the government, even though they came into power by saying they would be looking into the past. In fact, “reconciliation” was one of their key buzzwords, which they used for their election campaign – alas, it has all been forgotten. 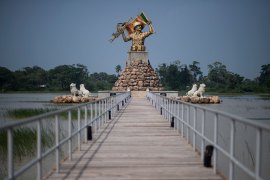 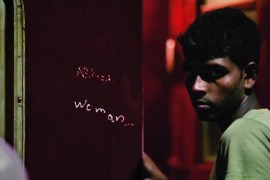 A Tamil filmmaker living in Sri Lanka reflects upon the experience and impact of three decades of civil war.