Guwahati, India – People in India’s Assam state are on tenterhooks as authorities prepare to publish a government document aimed at identifying undocumented immigrants from neighbouring Bangladesh.

The National Register of Citizens (NRC), last published in 1951, is being updated to determine who is a genuine Indian citizen and who is an undocumented immigrant. But activists complain that process is discriminatory, warning that tens of thousands of genuine citizens may not find their names in the list.

The northeastern state with 32 million population has been rocked by violent protests over the so-called “foreigners issue”.

The danger is now from the Hindu rightist forces who want to encourage Bangladeshi Hindus to come to Assam ... Their idea of citizenship is like that of Israel. As in Israel, every Jew, wherever he is born, is considered entitled to citizenship. They have the same ideas of India and Hindus. India is mentioned as the home of Hindus.

Hundreds of people from the Bengali origin community have been locked up in detention centres after being suspected of being foreigners, and thousands have been declared foreigners by specialised courts.

Bengali origin people, most of whom are Muslims, and activists accuse authorities of discrimination and harassment.

Hiren Gohain, Assam’s leading public intellectual, has spoken against the politics of xenophobia that has defined Assam. In May, the retired professor of Guwahati University spoke to Al Jazeera on a range of issues plaguing the state.

The interview has been edited for clarity.

Al Jazeera: Who are the immigrants of Assam? When did they come?

Hiren Gohain: Mostly, they are Muslims but also some Hindus. Up to 1947, India, Bangladesh and Pakistan were one country. There was no border then. In 1947, the British, almost by shock tactics, imposed the division. For example, take the division of Bengal, it was decided in a matter of weeks or a maximum one month, without taking into account the interests of the people.

Since the beginning of the 20th century, there has been an influx of impoverished people from East Bengal (now modern Bangladesh), many of them victims of zamindari (feudal) system.

The British [colonialists] encouraged the influx of Bengali immigrants into Assam as a safety valve to the problems in Bengal province. People must realise the panic it created among the Assamese and other indigenous people in the 1930s. It should not be downplayed. For example, the proportion of Muslims in Assam’s Nagaon district was something at five percent. Within 30 years, it increased to 25 percent.

Al Jazeera: Who are the natives?

Gohain: Natives also include children of immigrants. All those who were in Assam prior to 1947 or even 1971 – when Bangladesh was born following its independence from Pakistan – should be treated as natives of Assam, irrespective of their religion and language. That has been the democratic consensus. That’s why we have accepted 1971 as the cutoff year and the preparation of the NRC as a kind of benchmark to ascertain this.

Al Jazeera: Is there a history of Hindu-Muslim conflict in the state?

Gohain: Obviously, there was some kind of conflict between the local people and immigrants, and communal (Hindu-Muslim) politics played a big part. The Muslim League party wanted Assam to be part of Pakistan [during the 1947 British partition]. There was a great scare about it. However, only Assam’s Sylhet district became part of Pakistan. The rest of Assam remains part of India.

After [1947], there was the scare of infiltration from Pakistan. The border was porous. And common people knew nothing about borders. They had been coming to Assam for livelihood and probably continued to come. And the borders were, I believe, unprotected. Even now, they say, large chunks of the border remain unpatrolled so people come back and forth. So, it is possible that there is a large number of immigrant origin population in Assam.

But there was also the problem of overpopulation. Mostly, the Muslims married very early – 16-17 years. There was a very poor knowledge of birth control and family planning, so the number of Muslims rose almost 100 percent more than Assamese Hindus over a period of 30 years. So, we really don’t know who were the children of immigrants prior to 1947 and who were the aliens. It’s a very difficult hodgepodge. The year 1971 as a cutoff list is some sort of compromise, which was accepted by the Muslim people in the 1990s.

Al Jazeera: Have conservative and right-wing forces gained ground among the Muslim community?

Gohain: Every community has positive democratic elements, enlightened elements – which doesn’t necessarily mean educated elements – as well as reactionary and conservative and bigoted elements. So, I am not surprised that Muslims have their share.

But I think a majority of them have quite healthy democratic sentiments. In the last two years, the RSS (Rashtriya Swayamsevak Sangh – the ideological parent of India’s ruling Bharatiya Janata Party) has been trying to stir up trouble with the help of the government. And I was inwardly scared that Muslims might be provoked. But if they get provoked, it will lead to an endless cycle of violence and counterviolence. But this didn’t happen as the majority of Muslims didn’t react, they were in their senses, despite provocation.

Al Jazeera: What’s your view on the BJP’s move to amend citizenship law that discriminates against Muslims?

Gohain: The danger is now from the Hindu rightist forces who want to encourage Bangladeshi Hindus to come to Assam, settle down here and in their own words “save Assam from the Muslim menace”. Islam and Muslims in their views are a menace. They mean by India as a Hindu India. That is their solution to the problem.

Their (the BJP) idea of citizenship is like that of Israel. As in Israel, every Jew, wherever he is born, is considered entitled to citizenship. India is mentioned as the home of Hindus.

To call all Hindus entitled to citizenship of India en bloc, that is, of course, is against the Constitution in spirit and letter. Every Indian should oppose it because this is sort of opens the floodgates for a very bigoted kind of passion, which will play havoc to the social fabric of India and our civilisation.

Al Jazeera: What’s your view of the functioning of Foreign Tribunals in Assam?

Gohain: Foreign Tribunals (specialised courts that handle cases of undocumented immigrants) are under the thumb of the government. Some of them are fair, but some of them are obviously biased. They treat the suspected aliens very harshly, and give no quarter for any consideration; that’s true and that is a problem we must address.

Al Jazeera: Do you think the new registry process will settle the immigrant/citizenship issue in Assam?

Gohain: If the NRC process is allowed to go in a normal way without any hindrances, without undue haste, with fair consideration to all, it may indeed resolve the imbroglio. Rightly or wrongly the citizenship issue has become a crucial talking point and an issue in Assam politics. Unless it is settled, you cannot go forward.

Who are the genuine citizens in the state and who are the alien needs to be ascertained.

Al Jazeera: What are the challenges in completing a fair citizenship registry?

Gohain: From the beginning, there have been many hindrances and obstacles placed by different political forces with their own interests. The present [BJP] government is second to none in putting obstacles in the way of preparing a fair NRC.

The media is rife with news that there have been fraud and impersonations. So, people have become scared. And they might lose faith in the NRC, which will plunge Assam into confusion. It is, therefore, important that the NRC process should be allowed to go on as correctly as possible, fair play for all. There should not be any bias against any community.

You cannot dub every mistake, every clerical error as a fraud. There may be frauds here and there but the impression has gained ground that there is a large-scale fraud. And that’s a big problem. Once the people lose faith in it, then the Hindu rightist forces will have an advantage.

Al Jazeera: What are your hopes for Assam’s future?

Gohain: I am not a fortune-teller, I have no means of knowing that our efforts will succeed. We can hope for the best. The reason for hope is that I find both among Hindus and Muslims people with saner outlook, who want reconciliation, who want a settlement.

have taken. They no longer look at Modi with starry eyes”]

The problem is that Assam has been at the receiving end of mistreatment from the central government for a very long time.

All our natural resources are being plundered but there is very little scope for employment here. And the economy is totally underdeveloped. People from outside seem to be having the best time. The natives, with few exceptions, are sinking and these include a large number of tribal groups. So, in this situation, it is difficult to call for sanity and reason. It is easier to incite passions and violence.

We are working amidst all this. Muslim clerics, as well as some of the leaders of the minority students union, are with us. When they see that we are aiming at a just society that will have a democratic outlook, they reposed their trust in us. This inspires us. And the same can be said about some Hindus. At the moment the lure of the RSS and the BJP is still is quite strong. But people have become disillusioned with Modi because the measures his government has taken such as demonetisation and federal taxation have played havoc with the lives of common people. They no longer look at Modi with starry eyes. 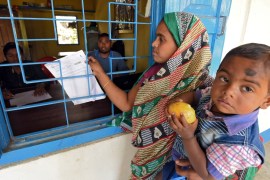 As Assam counts its citizens, Muslims fear they may be left out 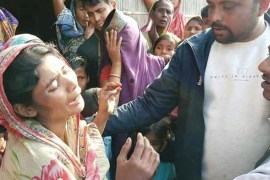 Assam state police chief says he will take action against those found guilty after victims say they were waterboarded. 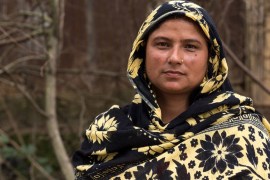