In a quiet corner of suburban Tokyo, the sound of punches pummels through a prestigious school gymnasium. Gloves adorn the walls like warnings and heavy bags hang like totems of their tribe.

As young boxers wrap their fists and spar in the corners of the gym, a fresh-faced 15-year-old steps in from the unrelenting cold. He and his teammates come from a neighbouring school. Here, they do not hold the home ground advantage, but it is not the first time the young fighter has felt like a foreigner.

Park Ryoung Song is a “Zainichi”, the Japanese term for Korean migrants. But he was born in Japan and has never been to Korea. His grandparents came to Japan when the Korean Peninsula split in two.

I think it is very important to keep this feeling - that we are one.

His family’s village is in present-day South Korea, but the Songs are among the 150,000 Zainichi who support a unified Korea.

“We still think about it the same way – we are Koreans,” says Ryoung. “That’s what we are learning in school. And I think it is very important to keep this feeling – that we are one.”

These sentiments are echoed in the classrooms of his Korean school. Portraits of North Korea’s former leaders Kim Jong-il and Kim Il-sung hang above the blackboard and lessons are taught in a mixture of Korean and Japanese.

His favourite subject is history, where he learns about a once-unified nation.

Living in the shadow of missiles

For most of his life, Ryoung has been living in the shadow of missiles. North Korea can strike Japan in less than 10 minutes, a reality that has instilled fear in many Japanese communities and bred hatred of Zainichi.

The historic summit between US President Donald Trump and North Korean leader Kim Jong-un could reduce those threats.

“I really want them to solve this kind of situation. I think, I’m hoping, Japan and Korea will have a good relationship in future.”

Ryoung is optimistic, but he has suffered for his loyalty.

“I remember when I was in kindergarten, I said, ‘This is my name and I am Korean.’ My friend said, ‘Oh, my mother and father told me that is the country where bad people live.'”

“I really felt it very deeply.”

This kind of discrimination is a common experience for Zainichi. It’s the reason Ryoung Song’s father hides his heritage and encourages his son to do the same.

“He said, ‘Don’t use the Korean language. If you talk, everybody will know you are Korean. As much as possible, please speak Japanese and please hide that you are Korean.'”

“I don’t like that because, in my heart, I always want to be Korean.”

Ryoung wants to attend a Korean university, an idea his father rejects. Joining the school boxing team was another act of rebellion.

“When I joined the club, I felt like I was entering the national games,” he says.

‘We are not hostile and everyone should get along’

Ryoung Song’s school has a proud history of boxing. Most weeknights, he endures rigorous training sessions. On weekends, he often fights students from nearby schools, going head-to-head with prestigious Japanese teams.

While his teammates shadow-box to keep warm, Ryoung Song sizes up his Japanese opponent. The pair has met before at previous events but they’ve never battled it out in the ring.

“I am not confident, but I will do my best,” Ryoung says.

He slings on his white singlet and tucks it into his silk shorts. He straps on red leather gloves before ducking through the ropes of the ring, where his opponent in blue is waiting. They touch fists and the clang of a brass bell sets the match in motion. The pair circles each other like predator and prey, light on their feet, springing back and forth.

I'd like to erase the bad image of North Korea ... and if I win, I can prove to the people I did it as a Korean.

Over three gruelling rounds, they square off, lunging around the ring, throwing jabs at each other’s jaws. Ryoung Song’s coach spurs him on from the sidelines.

“Don’t be afraid of getting hurt. The reason you get hurt is because you have fear in your mind,” his coach says.

“If you get too close, you cannot punch him. He will hit instead. Think deeper. Let’s go!”

But the hometown fighter is stronger and takes victory at the sound of the final bell. Ryoung Song is left defeated, but no heated words follow. Instead, the fighters pick up their gloves and spar playfully together. Competing here is more than just winning a fight.

“My philosophy is, outside of the ring, I must build up the friendship,” Ryoung says.

In true Japanese fashion, the Koreans bow to their hosts before they leave the gym.

For Ryoung Song, boxing is a chance to change the opinions of those around him.

“We are not hostile and everyone should get along. I’d like to erase the bad image of North Korea,” he says.

In a display of diplomacy, Ryoung Song says he dreams of competing at the Olympics, representing a unified Korea. 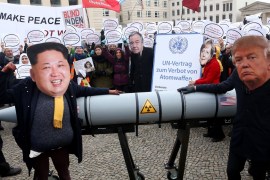 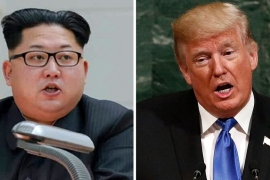 Is the Trump-Kim summit a lost cause?

As US President Donald Trump cancels much-awaited talks with North Korea’s Kim Jong-un, we look at the regional impact.