Listen carefully in Lebanon, and you may grasp the strains of classical Arab music breaking out of the oblivion to which it has been confined for decades.

Atop a mountain switchback leading to the stone-built village of Qornet al-Hamra, the Foundation for Arab Music Archiving and Research (Amar) attracts both musicologists and idle music lovers, who can listen to a collection of 78rpm records on a crank handle gramophone from 1922.

Hachem estimates that the foundation has around 6,500 records, thousands of hours of reels, and even some wax cylinders, one of the earliest recording mediums. While Amar focuses primarily on classical Arab music from Egypt and Syria, it also collects music from Lebanon, Iraq, Yemen and North Africa.

“Eventually, we are aiming to collect, restore and digitalise all the music from the Nahda, the Arab Renaissance,” he says.

Nahda, which means “resurrection”, refers to a period between the 18th and early 20th centuries, during which the Arab world experienced a political and cultural renewal, influenced by the reforms of the Ottoman Empire and the penetration of Western ideas and economic forces.

“The Arab Renaissance was accompanied by a musical revival in the Orient,” says Nidaa Abou Mrad, a musicology professor at Beirut’s Antonine University.

From this intermingling emerged a new musical tradition, handed down orally from master to student, in which improvisation was key. The enjoyment (tarab in Arabic) provoked by its long performances, during which singers would often use witticisms, was such that this musical style is often simply called tarab.

But two events pushed classical Arab music into almost complete oblivion. First was the near destruction of the irreplaceable collections owned by companies that recorded the voices of Arab recording giants such as Yusuf al-Manyalawi and Fathiyya Ahmad.

The Arab archives of Odeon vanished in Germany during the second world war; those of the Lebanese company Baidaphon were buried under the rubble of the bombing of Berlin and of the Lebanese civil war and the Arab collection of Pathe was neglected and lost in the 1970s.

The second blow came at the Cairo Congress of Arab Music in 1932, where the evolution of Arab music diverged from its classical traditions.

“In 1932, during the Cairo Congress of Arab Music, Egyptian musicians and musicologists decided to modernise their music, to safeguard it against the competition of Western music, during a period of growing nationalism,” French musicologist Jean Lambert tells Al Jazeera.

“They notably introduced musical notation and, progressively, the oral musical tradition vanished. It is this living but forgotten music that Amar Foundation is archiving, so that the public can rediscover its wealth,” says Lambert, who recently published a collection of discs from the Cairo Congress.

When Kamal Kassar, the founder of Amar, bought the collection of Abd al-Aziz Anani, an Egyptian music lover of the Nahda period, the Lebanese philanthropist was overwhelmed by the historical importance of his purchase. It prompted him to create a foundation to restore and digitalise thousands of discs and reels saved from obscurity.

While discovering the treasures of this musical era, what grabbed the attention of Salwa Jaradat, a Palestinian student of Arab music and an archivist at Amar, was the strength of character of its female singers.

“Throughout history, women were more versed in popular songs, notably for weddings and social events. Then came Asma al-Kumthariyya,” Jaradat says. “This Tunisian singer began to sing adwar, a type of music reserved for men singers, with such a mastery that she was singing better than men. It was a revolution.”

Then came Munira al-Mahdiyya, the “Sultana of Tarab”, says Jaradat. Not only did Mahdiyya sing adwar, she also performed, disguised as a man, a theatrical role written for a male character.

Salwa became enthralled by these personalities, who were soon overshadowed by Umm Koulthum’s success. “When I discovered that there was such a deep and innovative musical tradition in our heritage, with women playing a leading role, I was thrilled, but also saddened by the prospect that most of the Arab musicians totally ignore it.”

For Mustafa Said, director of Amar, the main objective of the foundation is to recreate an audience for this music.

“We publish CDs with booklets, a podcast, we organise events in Beirut … The main challenge, for the revival of this musical tradition, is not to find musicians, but listeners.” 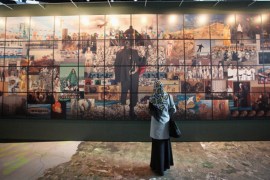 A concert performance at London’s Royal Opera House is a timely showcase of the Middle East’s gifted artists. 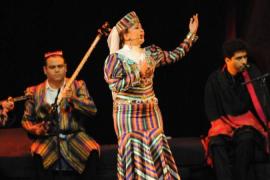 The death of virtuoso Mohammad Reza Lotfi marks the end of an era. 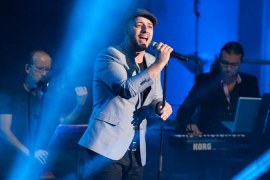 The rise and rise of Islamic music

The industry is growing fast despite opposition from conservative Muslims.