Both spring up almost unexpectedly from the mounds of orange sand and shrubs: tents made from tarps fastened to curved tree branches, animal pens, and the odd mud-brick, tin or aluminium structure.

In this hard-to-reach and isolated corner of the Sahel, tens of thousands of refugees from Mali, displaced over the last five years by armed conflict at home, live alongside traditional Mauritanian herding and agricultural communities.

Together, the camp and the local district of Bassikounou, which comprises the town of the same name and several small villages, would amount to the fourth-most populous locale in the country.

But though the two populations share a great deal in common, living together is not without its problems.

“They get everything and us, we get nothing at all,” Varajou Ould Karata, 65, a Mauritanian farmer from the village of Limkais, about 10km from the refugee camp, told Al Jazeera as he took a break from working in a field.

“Since the refugees arrived, the farmland doesn’t have enough to feed us,” Karata said.

Mbera camp is home to nearly 52,000 registered refugees, according to July data from the United Nations refugee agency (UNHCR).

The refugees began arriving at the peak of the crisis in Mali in 2012, as armed violence broke out in the country’s tumultuous north and the area was gripped by insecurity.

But as hordes of Malian families crossed the border to seek refuge in the camp, so did Mauritanians who had either been living in Mali or saw an opportunity to gain access to services in the camp that they could not find in their own communities nearby.

The Hodh Ech-Chargui region where Mbera is located is one of the poorest and most neglected parts of Mauritania, which suffers as a whole from extreme poverty, malnutrition, poor infrastructure and a lack of economic opportunities.

Mauritania imports about 70 percent of its food, and almost 27 percent of citizens are food insecure at one point every year, according to the World Food Programme. The UN also estimated that just over 52 percent of Mauritanians lived in poverty in 2011.

Of the country’s population of fewer than four million inhabitants, more than 450,000 people are in need of humanitarian aid, according to INTERSOS, an Italian humanitarian organisation that supports refugees in Mbera.

“We discovered that among these refugees, there [were] Mauritanians,” confirmed Nabil Othman, head of the UNHCR office in Mauritania, which put the number of Mauritanians who were registered as refugees in the camp at 8,300.

While the Mauritanians were officially deregistered from UNHCR’s refugee list in 2015 and 2016, Othman said between 40 and 60 percent still live in the camp.

They do not receive food rations or other direct support, but they can still access water, schools and healthcare. Othman said the Mauritanians were allowed to stay in the camp to avoid inflaming tensions between the refugees and host communities.

“I cannot give you assistance [as a refugee], whereas the local community, they are lacking such assistance,” Othman told Al Jazeera from his office in Nouakchott, the capital, about 1,100km from Bassikounou.

“Moving these people from the camp, it will create problems.”

But the UN’s decision to deregister Mauritanians has created problems regardless, said Aliou Amadou Ba, the supervisor of community-based protection with INTERSOS.

Local Mauritanians were frustrated by what they perceived as their communities being ignored by international aid organisations, who were there to support the refugees – and only the refugees – while they languished.

Over the years, Mauritanians in the area, most of whom are herders or farmers, have accused the refugees of stealing their livestock and over-using the sparse local resources, especially wood and water.

Ba said relations between the two groups have vastly improved in recent years, especially since humanitarian groups have funded projects in Mauritanian villages, but tensions can still flare up.

“It’s a bit difficult, especially if the aid doesn’t equally cover both [groups’] needs,” he told Al Jazeera in an interview from a community centre in the camp. “The host community says they’re the ones who accepted to welcome the refugees, and these refugees are the ones exploiting the natural resources in their village.

“They’re asking the question: ‘How is it that these refugees, whom we welcomed with open arms, have become the main cause of our poverty?'”

Seeking to quash the tensions, INTERSOS created a special committee – composed of refugees in Mbera camp and residents of local Mauritanian communities – to handle conflicts. The main complaints include allegations, mostly unproven, of refugees stealing livestock and cutting down trees, which villagers have traditionally used to build their homes and as a source of income.

Baba Ould Baba Ahmed is among 11 Malian refugees who make up the Mixed Committee for Conflict Resolution. Like Ba, he said problems between refugees and locals are compounded by a lack of resources to support both communities.

For instance, refugees would not need to cut down trees – which they use primarily as firewood, Ahmed said – if they could have access to gas or charcoal stoves to cook with.

A lack of water more generally in the arid, Mauritanian climate puts added pressure on local resources, since both populations rely heavily on livestock and agriculture to survive.

“People are nomads here. People have livestock. If the year is good and there is a lot of rain, there won’t be problems between refugees and the local population. But if there is no rain, there are problems,” Ahmed said.

Building ties in the market

On a hot Tuesday morning in the camp, row upon row of vendors – men, women and children of all ages – sit under tarps, aluminium awnings, and other sources of shade to avoid the scorching sun.

Plastic toys, spices, kitchen utensils, fruits and vegetables and other goods are laid out in neat piles at their feet.

Modiere Coulibaly’s stall is busy: The Malian mother of three wipes droplets of sweat off her brow as she scoops a mound of peanut butter out of a plastic tub and into a bag, before weighing it and handing it to a customer.

A refugee from the small town of Lere, in the region of Timbuktu in Mali, Coulibaly first landed in Mbera camp in 2012. She lived there until last year, when she decided to move to Bassikounou, the nearby Mauritanian town.

She said she sells more in Bassikounou and the surrounding villages, but she still comes to the camp every Tuesday to sell vegetables at the weekly market. Much of the produce she sells comes from Mali.

“There are no problems,” she said, speaking of relations between Malians and Mauritanians here.

Lubeya Mint Mohamed, a Mauritanian vendor who has been selling her products in the camp market for the past two months, echoed that sentiment. Doing business together helps, she said. “I learned that the market, there’s money to be made here,” Mohamed said.

In Bassikounou, where she lives, Mohamed said she generally makes less than $1 a day; there are more vendors in the city, each selling out of their homes, and increased competition. In Mbera, she can make between $14 and $17 daily.

“It’s a good relationship. They’re at home here,” she said about the refugees she works alongside in the camp.

According to Ba of INTERSOS, the market has “reinforced ties” between Malians and Mauritanians. “There is collaboration, there is real harmony, between the two communities that we have to take note of,” he said.

‘Only here for the refugees’

But not everyone is benefitting from the Mbera market.

About two kilometres down the road from the camp sits Mbera 2, a village that was created in the early 1990s to accommodate refugees fleeing Mali at that time.

As many as 150,000 Malians were displaced then by armed conflict, and tens of thousands sought refuge in Mauritania. According to one report, the refugee population in Bassikounou numbered as many as 85,000 in 1992.

Most of the current inhabitants of Mbera 2 were Malian refugees who decided not to return home when the fighting subsided, and many are naturalised Mauritanian citizens today.

Resident Khadijetou Mint Mohamed Lemine, 45, said the advent of the camp market has hurt local vendors, who once relied on the refugees to sustain their businesses.

“Since the new market began in the camp, it’s become more difficult. Refugees used to come here to shop, but now they don’t have to,” she said, adding that many people in the village feel forgotten in the shadow of the camp. “No one asks about us.”

One morning in August, Mahjoub Ould Belkher, 66, was divvying up a thick chunk of meat in his sparse butcher’s stall in the Mbera 2 market. The area was eerily quiet and empty, save for a few men chatting on the ground near an empty stall and children milling about.

Born in Mauritania, Belkher lived in Mali for 15 years before he returned to his native country in 1991 with the wave of Malian refugees. He said he has lived in Mbera 2 ever since.

While business is slow, and although Belkher accused the refugees of chopping down most of the trees in the area, he said there have been few problems between the village and the camp.

Still, despite being a former refugee himself from the Timbuktu region, village leader Chafa Cheihna said the presence of tens of thousands of new refugees next door “weighs on the population” of Mbera 2, which he said numbers some 3,400 people.

Mbera 2 does not have a secondary school, which means girls often stop studying when they finish primary school because their families do not want them to travel outside of the village alone, he said.

The villagers want better access to water and more job opportunities, and while health services have improved, they are still lacking, Cheihna told Al Jazeera.

The feeling of being overlooked and unsupported persists.

“The NGOs that are here are only here for the refugees, not for us,” Cheihna said. “It’s shocking … We’re looking for development for us.” 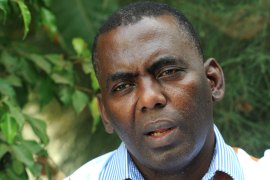 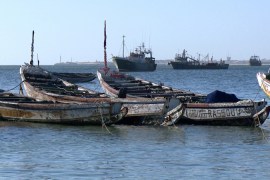 A growing number of West African migrants are giving up attempts to reach Europe and settling in Mauritania instead.