Begum Jaan, 65, comes from Rakhine State, Myanmar, which she fled in recent weeks.

My life has been one long struggle. My husband died 25 years ago, and since then I have been begging on the streets of my village to survive. Both my daughters are married, so I had no one to support me.

One night I woke up to the sound of guns and explosions – they were so loud, I could not bear it. I have not been able to sleep since as I can still hear those noises in my head.

Everyone was fleeing, so I fled with them, I did not want to be left on my own. It took me two days to reach Bangladesh, I found the journey very difficult as I need a walking stick and no one accompanied me, even though I saw lots and lots of people heading to Bangladesh. I had heard the military had ships patrolling the river, so I was very scared when crossing it by boat.

Even though I am now in Bangladesh, I am still scared I will run into the Myanmar military. But I am happier now, as I can not hear the sound of guns or explosions.

I feel like the outside world is supporting us a lot and that makes me feel better. I want everyone to hear our story, I want the whole world to hear our sorrows, but I don’t know what good it will do. We don’t have a future; our lives are hopeless.

*As told to Katie Arnold in Balukhali new shelter camp near Cox’s Bazar in Bangladesh.

Nearly 300,000 Rohingya, mainly women and children, have fled to Bangladesh in the recent weeks as a result of indiscriminate violence against civilian populations carried out by the Myanmar army. 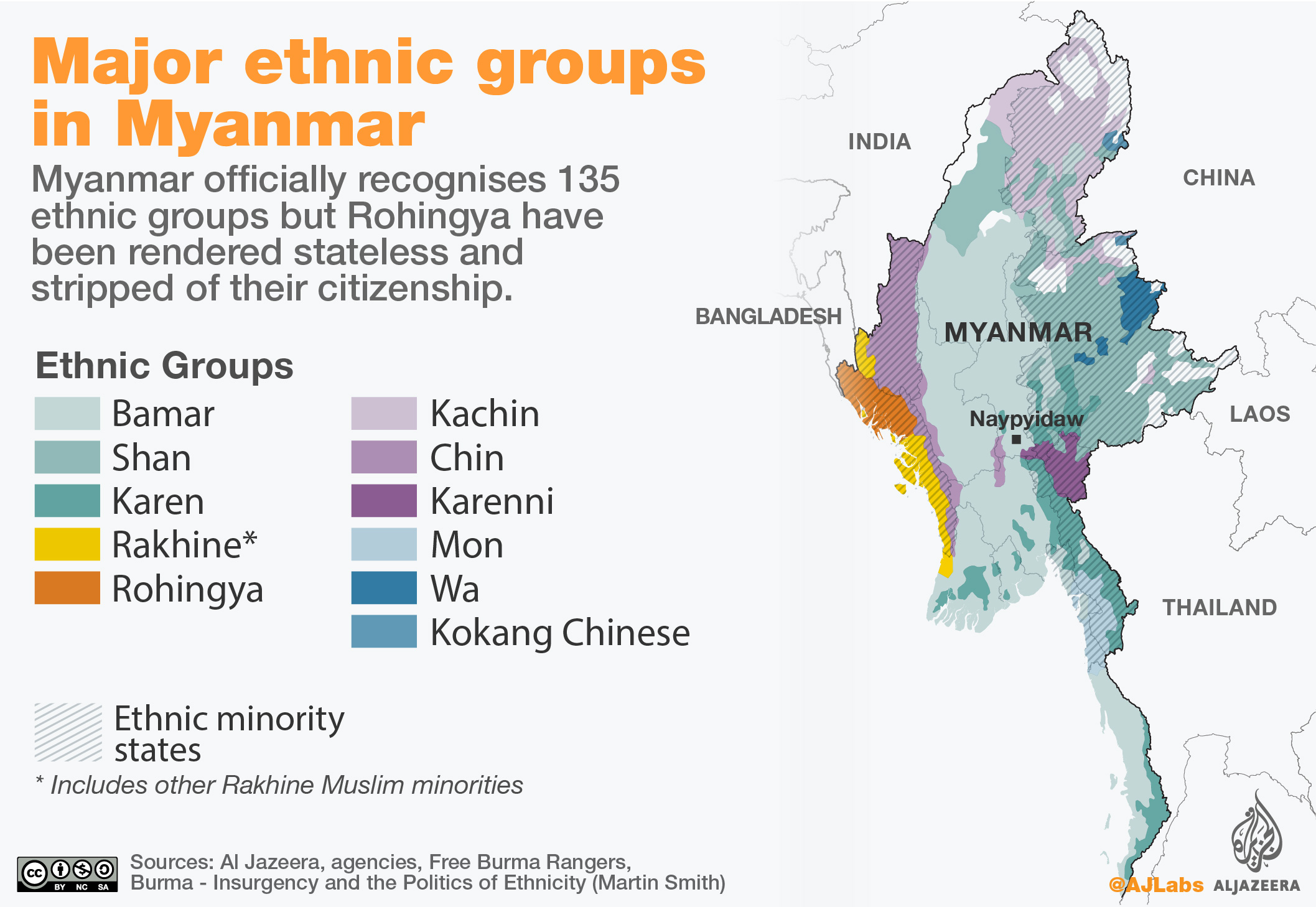 Read more to find out who Myanmar’s Rohingya are