Hundreds of thousands of Rohingya have been forced to flee Myanmar and their numbers are rapidly declining in the country. All eyes are understandably on the humanitarian crisis, but what effect will the exodus have not only on Myanmar’s stability, but on the region as a whole?

Images of burning villages and large parts of a population displaced are all too familiar in Southeast Asia.

After a vote for independence in 1999, hundreds of thousands of East Timorese had to escape military violence. Indonesian soldiers with the help of local militia destroyed and burned villages in a territory that had been under Indonesian rule for 24 years.

Of course, the struggle of the East Timorese who wanted independence was very different from the desire of Myanmar’s majority-Muslim Rohingya minority to obtain citizenship of the country they have lived in for centuries.

But there are striking similarities between the military backlashes in the two countries going through a difficult process of democratisation and reluctantly accepted civilian leadership amid strong ethnic and religious divisions.

Violence by the Arakan Rohingya Salvation Army (ARSA) has given the Tatmadaw, as Myanmar’s military is called, an excuse to unleash a violent crackdown against the Rohingya minority as a whole.

At the same time, it shows people in and outside of Myanmar that the military is the only institution that can protect the country’s stability.

This makes Nobel Peace laureate and state counsellor Aung San Suu Kyi not more than a symbol used by the army as the democratic face they need to rid themselves of international condemnation and sanctions.

Looking at how Aung San Suu Kyi endorsed the military crackdown and accused humanitarian organisations of aiding ARSA, it seems a role she is happy to play.

Many in Myanmar gave her the benefit of the doubt when she formed this alliance with the military. Their hope for a real democracy has now become increasingly slim.

Other ethnic groups with ongoing conflicts with the military are warned.

While most Muslim communities in Southeast Asia stayed quiet during last year’s military operation in Rakhine State, this time thousands have taken to the streets in Indonesia and Malaysia, many of them carrying anti-Buddhist banners.

Pressure on ASEAN, the Association of Southeast Asian Nations, and especially on Indonesia, to intervene is increasing.

Religious tensions between Buddhists and Muslims and a radicalised Rohingya community is something many in the region want to prevent.

But Indonesia’s quiet diplomacy has yet to bear results – even though Myanmar can learn a lot from Indonesia’s history.

During the military violence in 1999, Indonesia did accept international peacekeepers to restore security in East Timor and international investigators who could document atrocities committed.

Although the military commanders have never been jailed, Indonesia has learned from this dark chapter in its history and grew to become a democracy ever since.

An example Aung San Suu Kyi and the Tatmadaw have yet to follow. 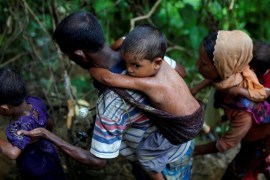 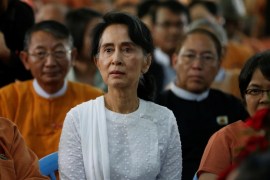 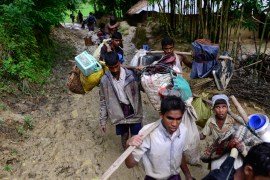