Palestinian politicians and rights groups have condemned a proposal by Israeli Prime Minister Benjamin Netanyahu to transfer some Arab-populated villages to the Palestinian Authority’s control and strip residents of their citizenship.

The plan, which was first reported last week by Israel’s Channel Two News, was supposedly relayed to American officials. It would also permit Israel to annex Jewish-only settlements in the occupied West Bank as part of a final agreement with the Palestinian leadership.

“The issue didn’t come up as a separate proposal, but as part of a proposal for a comprehensive arrangement with the Palestinians,” one official told Channel Two, as reported by the Israeli daily Haaretz.

Yousef Jabareen, a legislator in Israel’s Knesset, described both the forced population transfer and the annexation of settlements – considered illegal under international law – as “war crimes”.

“Arab citizens of Israel were not granted citizenship by grace, but by the fact that they live in their historical homeland,” he told Al Jazeera.

“This is in stark contrast to the settlers of the West Bank, who are illegally occupying lands they stole by force from their Palestinian owners.”

An estimated 1.7 million Palestinians live in cities, towns and villages across Israel and carry Israeli citizenship. They are subject to dozens of laws that limit their political expression and access to state resources, according to the Haifa-based Adalah Legal Center for Arab Minority Rights.

“Talk of such plans or negotiations – particularly without the consent of those citizens who would be directly impacted – is racist as it makes their citizenship inherently inferior, temporary, vulnerable, and subject to the whims of political negotiation,” the statement said.

READ MORE: ‘We are not citizens with equal rights’

Netanyahu is not the first Israeli official to advocate transferring Palestinian citizens of Israel to the West Bank.

Ofer Zalzberg, a senior analyst on Israel and Palestine at the International Crisis Group, argued that the report should be “taken with a grain of salt”. He noted that Netanyahu has faced a groundswell of pressure from the Israeli right since a recent surge of unrest gripped occupied East Jerusalem and the rest of the West Bank.

Zalzberg said it was doubtful that the proposal would gain traction under the administration of US President Donald Trump. “This modality has no partner in Ramallah and will face such strong resistance from Israel’s Palestinian population, so it would be a major error for the Trump administration to back this,” he told Al Jazeera.

In recent years, hardline Defence Minister Avigdor Lieberman has called for the country’s Palestinian minority to be expelled, specifically proposing the removal of residents of The Triangle, a region primarily populated by Palestinians and situated on the boundary line between present-day Israel and the West Bank.

After the news broke of Netanyahu’s proposal, Lieberman welcomed the news in a Twitter post on Thursday night: “Mr Prime Minister, welcome to the club.”

Tzipi Livni, the country’s former minister of foreign affairs and a high-ranking member of the centre-left Zionist Union, pushed for Palestinian negotiators to accept a land swap that would see several Palestinian communities in Israel transferred to PA control, according to the Palestine Papers leaked to Al Jazeera.

Under that version of the deal, Palestinian citizens of Israel would ostensibly be given the option of remaining in their towns and villages or retaining their citizenship.

Diana Buttu, a policy adviser at Al-Shabaka: The Palestinian Policy Network and a former negotiator for the Palestine Liberation Organisation, said the idea of transferring Palestinians from present-day Israel is a recurring theme across the Israeli political spectrum.

“Netanyahu seems to think that Israel’s above the law, and sadly, due to the world’s lack of a reaction, he may be right,” she told Al Jazeera, noting that the plan would violate international law.

Netanyahu seems to think that Israel's above the law, and sadly, due to the world's lack of a reaction, he may be right.

“The idea is that they want to get rid of Palestinians, and Palestinian citizens of Israel are the demographic state that prevents Israel from being a purely Jewish state.”

With upwards of 1.7 million Palestinians in the country, however, the Israeli government has often instead opted to implement policies and measures aimed at discouraging Palestinian identity among the Druze, Christians and Muslims who make up the Arab minority.

Last month, an angry debate erupted in a Knesset session over a bill proposing to officially designate Israel as a “Jewish nation-state”. The Israeli government has also attempted to push military recruitment among Palestinian Christians in Israel – part of what critics decry as a divide-and-conquer strategy.

In recent years, several draft bills have sought to remove Arabic from the country’s official languages, though none have been cemented into law yet.

“They’ve tried for years to turn us into good Israelis, but people haven’t taken the bait,” Buttu said.

Dahlia Scheindlin, a policy analyst who writes for 972 Magazine, argued that “land swaps” is a misleading characterisation of the latest proposal, which she says is more aptly described as “forced de-patriation”.

“Many Israelis would not see any problem with land swaps … To the Israeli ear, it sounds like a neat, logical approach,” Scheindlin told Al Jazeera.

While Scheindlin stressed that polling data is scarce when it comes to Israeli public opinion about land swaps and expulsion of the Palestinian minority, support for a two-state solution decreased significantly between 2010 and 2017, from 71 percent to 51 percent.

Last year, the Washington-based Pew Research Center found that nearly half of Jewish Israelis thought “Arabs should be expelled or transferred from Israel”, although it did not specify whether the interviewees perceived the occupied West Bank as part of the country or as a distinct entity.

Arguing that Palestinians in Israel have no intention of leaving their lands and homes, Buttu noted that proposals such as Netanyahu’s present Palestinians with an unlivable reality: “We are constant reminders of Israel’s settler colonialism.” 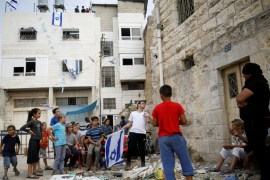 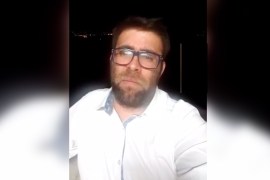