By
Franco Galdini and
Alessandro Columbu

With its rows of identical cottages, country houses and immaculately trimmed lawns, the Oxford countryside is quintessentially English. Syrian writer Zakaria Tamer and his wife Nadia may have spent more than two decades here, but upon entering their house one is catapulted into the heart of Damascus.

Amid a deluge of the most delicious Levantine food, the conversation quickly turns to the current situation in Syria.

At 86, Tamer is energetic and alert. He speaks in bursts of musical Damascene dialect that feels almost at variance with the studied simplicity of his literary language – for which he has become renowned in the Arab world and beyond.

Born in 1931 in Damascus, during the French Mandate for Syria and Lebanon, Tamer had to leave school at age 13 to support his family. He worked as a blacksmith in a workshop but never abandoned his passion for literature, cultivating relationships with members of the literary scene in Damascus and Beirut.

The Palestinian poet Salma Khadra Jayyusi – an early admirer of his style – encouraged Tamer to submit his stories to Yusuf al-Khal, then editor-in-chief of the Lebanese literary magazine Shi’r (Poetry), who eventually agreed to publish Tamer’s first collection of short stories – The Neighing of the White Stallion – in 1960, which catapulted him to fame.

His early stories often address the plight of the individual and his or her struggle against social constraints, religious tradition, patriarchy and authoritarianism. In his latest period, the range of themes addressed has expanded to include a closer focus on the evolution of gender roles, female sexuality and the persistence of authoritarianism.

With success came an entry-level position as an editor at the Syrian Ministry of Culture, followed by appointments at several Syrian literary magazines such as al-Mawqif al-Adabi (The Literary Stance) and al-Ma’rifa (Knowledge). When pressed on how he can reconcile his working in the institutions of the Syrian state with the scathing criticism thereof found in his stories, Tamer is unapologetic.

“We shouldn’t make the mistake of confusing state institutions with the regime. In Syria, everything belongs to the regime: newspapers, publishing houses, magazines. But writing for them doesn’t mean being pro-regime. I write anywhere I am published without censorship: I am responsible for what I write, or don’t write; not for where I write it.”

Eventually, his not-so-concealed critical stance came back to haunt him. In the May 1980 issue of al-Ma’rifa, Tamer published an editorial with excerpts from Abdel-Rahman al-Kawakibi, a 19th century pan-Arab intellectual from Aleppo who had directed his invectives against the Ottoman rulers.

“What is this desire for a poor miserable existence, for a false serenity when your life is nothing but toil and hardship? Are you proud of this patience of yours, or do you get a reward for it?

“Didn’t God create you free, with nothing but light and wind weighing upon you, yet you’ve insisted in enduring nothing but injustice against the weak and oppression by the strong?”

The reference to Syria under then President Hafez al-Assad – the current president’s father – was not lost on the regime, and Tamer was dismissed as editor-in-chief of al-Ma’arifa.

WATCH: Inside Syria’s War – Arms and Resistance in Jobar

The second half of the 1970s in Syria witnessed widespread episodes of violence between government forces and the Syrian Muslim Brotherhood, which culminated in the siege of the west-central city of Hama and the killing of thousands by Assad’s forces in February 1982. Despite extensive state surveillance and censorship, up to the beginning of the 1980s, intellectuals had managed to carve out spaces for discussion.

These, however, disappeared with the consolidation of the Assad regime, limiting the choices for intellectuals to sycophancy, imprisonment or exile.

Jobless and increasingly isolated, Tamer chose the latter, moving to the United Kingdom with his wife and two sons in 1981. Until demonstrations started in 2011, he would return regularly to his beloved Damascus.

“I used to go back every summer, and the last time was in 2011. But now things have changed dramatically for me due to my taking a public position for the revolution. Those like me are arrested immediately at the airport and, as we see in many reports, are treated with unbelievable ferocity.”

In 2012, at the age of 82, Tamer felt he had to take a public stand in favour of the Syrian people’s revolution against the regime of President Bashar al-Assad. For him, it was the normal progression of his lifetime’s work against any form of tyranny.

“An apple tree cannot yield wheat. This is why it was totally normal for me to support the revolution, as I’d been on the side of the people since the beginning of my writing career. If I’d betrayed the revolution, I’d have betrayed all my previous writings. But I’m in Oxford, and we shouldn’t judge those artists who are still in Syria in the same way as those who are outside. Speaking openly in favour of the revolution from Syria is no laughing matter.”

From exile, Tamer resorted to social media to reach as vast an audience as possible, creating a Facebook page called al-Mihmaz (The Spur), where he has been publishing very short stories and brief comments in his characteristically corrosive, satirical style.

“If you oppose the regime, you have to strike at its heart, reason why in my posts I concentrate my vitriol on President Bashar al-Assad and the army. All orders come from the president, who uses the army as his own tool to stay in power, making it into an enemy of the Syrian people. This, after all, has been Syria’s history for decades.

“The Syrian Army has traditionally been the number one enemy of the Syrian people: first, it killed any form of democratic politics in the country after independence in 1946; then came a series of coups d’état until Hafez al-Assad came to power in 1970. Even during the colonial period, the French used the Syrian army against the people.”

In his writings, Tamer spares no one. “I support the idea and ideals of the revolution, not the Syrian opposition, who are as bad as the regime.” The leaders of the opposition abroad are called clowns, peacocks, wolves, snakes and hyenas constantly speaking on international satellite channels in the name of the revolution, while jet-setting in five-star hotels and profiting from the suffering of the Syrian people.

One post on al-Mihmaz reads: “Most of the Syrian shops are closed because of the war raging between the regime and the people, but the shops outside Syria are witnessing unprecedented days of glory. They are so many they cannot be counted, their doors are open day and night, and their ideas, opinions and principles are all for sale or for rent.”

Another provocatively asserts: “What is the difference between [Syria’s foreign minister] Walid Muallem and an opposition that struts in hotels, restaurants, cafes, embassies, airports and satellite TV channels? None. Both are obedient and submissive.”

Still, Tamer has no doubt that the main aim of the revolution should be to remove Assad. “It’s a tyrannical and repressive regime. As someone who knows it from the inside, I think it’d be an offence to humanity to let such a regime continue to exist. This isn’t something new, as the president’s father was arresting women and children in the 1980s. Hafez al-Assad treated Syria’s as his family’s property: once his first-born son Basil died [in a car crash in 1994], he groomed his other son Bashar to succeed him, as if Syria were Tsarist Russia.”

On the constant coverage in Western media about the threat of an Islamist takeover in Syria, Tamer tries to add some historical perspective to the discussion.

“First of all, we shouldn’t confuse religious expressions like the hijab with extremism, as these are two different things. I think the [Egyptian, Jordanian and Syrian armies’ debacle in the] June 1967 [Arab-Israeli] war represented the defeat of the idea of Arab nationalism. Following that, the Islamists took over the Arab street and, step by step, society. So this isn’t a recent development, as the Syrian street has been Islamic – or, at least, outwardly Islamic and pious – for a long time. But Arab nationalism had at least a vision for the future; Islamists, instead, in all their literature have nothing about improving people’s life, about social justice.

“I’m not afraid of Islamists: if they come to power and don’t have anything to offer, they’ll be obliged to leave. I don’t care about religion, sect or anything else. Anyone can rule Syria, but not this regime.”

READ MORE: Jobar: ‘Death is a central part of their daily lives’

As so many who know the situation in the country intimately, however, Tamer has grown increasingly disillusioned with the future.

“The current situation in Syria is hopeless, but this wasn’t the case at the beginning. So why didn’t the West support the revolution then? Why do we have such a strong Islamist presence now, when – apart from Hizb ut-Tahrir members – there weren’t many Islamists in Syria who believed in the Caliphate in the past? Now we do have them due to the support of regional powers. No one came to the rescue of the ordinary people. In the end, the Syrian regime has very loyal allies, whereas the Syrian people have imaginary ones.

“There won’t be stability in Syria for the next 50 years. The country’s fate is unknown.”

Franco Galdini is a freelance journalist and analyst specialising in the Middle East and Central Asia. 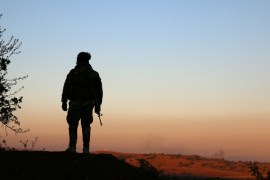 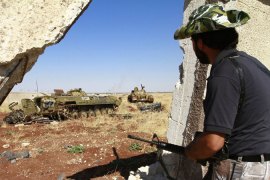 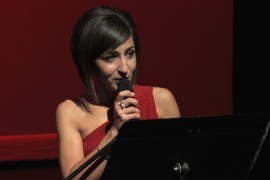 More literal and visceral, Syrian poetry is being spread on social media and chanted in the streets.