Kuala Lumpur – Sitting in a court library surrounded by Islamic law books, Nenney Shushaidah Binti Shamsuddin is polite and softly spoken as she describes the rigours of her job.

One day she could be sentencing an offender to be caned for breaking Islamic law, the next could see her giving a man permission to take a second wife.

Islamic law enforcers are not often credited with being feminist pioneers, but Judge Nenney fits both those descriptions.

She made history in Malaysia last year when she was appointed one of the first two female Syariah High Court judges in this Muslim-majority nation. “Syariah” is the Malay spelling for the Arabic word “sharia”, meaning Islamic law.

And the 42-year-old mother of three doesn’t shy away from imposing the harshest punishments prescribed by Islamic law.

In Malaysia, more women are pursuing careers in the Islamic justice system, from judges and lawyers to court mediators.

Now, 27 of the country’s 160 Islamic court judges are women.

“Personally, I think it’s not a question of gender,” says Mohd Na’im Mokhtar, the former chief judge in the state of Selangor who oversaw the appointment of Judge Nenney and her colleague. “We are looking for the best people to administer justice.”

We feel that it's extremely important for the courts to have a balance in terms of gender because a lot of the issues involve women.

Other countries such as Indonesia, Pakistan and Sudan also have female Islamic law judges, however, some religious scholars argue that Islamic law does not allow women to hold the position.

But the country’s top Islamic court judge and director-general of the national Syariah Judiciary Department, Ibrahim Lembut, said last year that some state religious councils continue to block their appointment.

Shareena Sheriff, from Sisters in Islam, a Muslim women’s advocacy group in Kuala Lumpur, says some states impose restrictions on the types of cases female judges can hear.

“I don’t see why there should be a differentiation between the men and the women,” she says.

While she welcomed the rise in female Syariah judges, especially the two high court appointments, Shareena says it is too early to tell whether the court’s treatment of women has changed.

“Even though the numbers have risen, the numbers relative to men are still very low,” she says, pointing out that Malaysia’s secular court system also remains dominated by men.

“We feel that it’s extremely important for the courts to have a balance in terms of gender because a lot of the issues involve women. So we need some level of balance in the way in which they deliver justice and also gender sensitisation of the justice system.”

Women can put emotions aside

There are no restrictions on the cases Judge Nenney hears in the state of Selangor. Her weekly caseload can range from child custody to prostitution and polygamy.

Even to be a Syariah court officer was quite difficult for women because they preferred men ... I needed to study two years more.

In Malaysia, Muslim men are allowed to marry up to four wives, but they must first obtain permission from the Islamic law court.

When hearing such a case, Judge Nenney says she verifies the husband’s income to see if he can afford to take another wife and finds out whether the existing wife agrees.

“If the wife agrees and if the husband can afford it, I give permission,” she tells Al Jazeera.

Judge Nenney also hears “khalwat” cases, an Islamic offence where unmarried men and women are found together in “close proximity”.

She says in the most serious cases, she sentences offenders to six strokes of the cane, a 5,000 ringgit fine ($1,166) and a one-month jail term.

Some critics have suggested that female judges may favour women, but Judge Nenney denies being more sympathetic towards women.

“We can put our emotions aside,” she says. “I have my empathy to them, I can put myself in their shoes, but not sympathy. I need to play my role as a judge, then make a decision on how they present their case.”

Judge Nenney is hopeful that the rising number of female judges will help change the perception that Syariah courts do no treat women fairly.

“The public perception said male judges must be biased to women. I hope after this, to the women who come before me, they must know there’s no difference between a male judge or a female judge. The judge just does their job.”

On the other side of the bench, more women are also working as Syariah lawyers.

The number of women registered with the Syariah Lawyers Association, a voluntary membership group, has increased by more than 200 in the last five years, and they now make up more than 40 percent of the group’s members.

Sa’adiah Binti Din was working as a lawyer in the secular courts when she first volunteered to do Syariah legal aid work 18 years ago.

She says she realised then that many Muslim women appearing in the Syariah courts were unrepresented, so she began taking on more divorce cases.

“That was my turning point,” says Sa’adiah. “Now, I’m in the Syariah Court almost every day.”

She says her female clients often find it less difficult to appear before a female judge and court officials.

“I believe now they find it easier to talk to a woman,” she says.

Judge Mohd Na’im, who now sits on the Syariah Court of Appeal, says women are the top performing students in the classes he teaches at local institutions.

Nur Farhana, 22, was one of four students completing an internship at the Selangor Syariah Court in June. All but one were women.

She is studying both Islamic and civil law at the International Islamic University of Malaysia, but has already decided to pursue a career in Islamic law because she says civil law is “man-made law”.

“Most of the (Islamic) laws have been said in our Quran and the Sunnah, so … I prefer that,” she says.

Farhana may now have female role models, but when Judge Nenney graduated in 1998, the prospect of being a judge seemed far-fetched.

Not only had no woman ever been appointed to the Syariah bench in Malaysia, but simply finding a job in the field was tough.

“Even to be a Syariah court officer was quite difficult for women because they preferred men,” she says. “I needed to study two years more.”

After returning to university to complete a Masters degree, she started working as a lawyer in a legal aid office before moving to the Attorney-General’s department.

“To me, it was quite difficult to reach this position. I needed to compete with the male officers,” she says. “But it’s not about gender now, it’s about your qualification.” 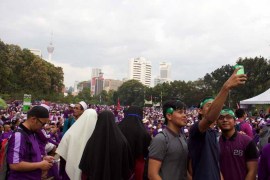 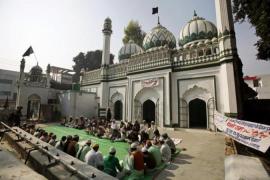 Islam’s calling is an ethical and moral one – not a search for codifying permanent power for Muslims. 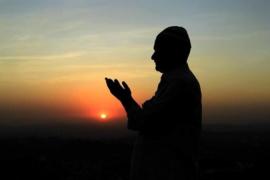 To Sharia or not to Sharia: The question of Islamopolitics

Islam does not seek to turn its adherents into a monolithic group, but instead celebrates diversity and pluralism. 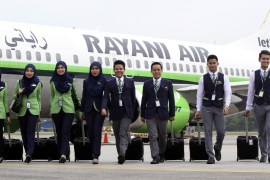 ‘Sharia-compliant’ airline takes off in Malaysia

No alcohol will be permitted and Halal food will be served on flights that airline says are open to all religions.