On July 25, Faiz Abu Rmeleh, a freelance photojournalist, was reporting on the Israeli police crackdown against Palestinian protesters near Bab al-Asbat (Lions Gate) at the entrance to al-Aqsa compound in occupied East Jerusalem‘s Old City.

Later that evening, Abu Rmeleh, 25, was detained and interrogated by Israeli police for several hours.

“The Israeli police came and started pushing us back down the steps and throwing sound bombs at us,” he told Al Jazeera. “I tried to tell the police that there is no need to push, but soon I was grabbed and handcuffed by two policemen and I found myself detained,” he continued.

According to Abu Rmeleh, the Israeli interrogator accused him of assaulting a police officer and obstructing his work. Abu Rmeleh denied the accusation saying that he had videos to prove he did not resist the police.

Abu Rmeleh was not alone. Several journalists covering the confrontations between Palestinians and the Israeli forces during that day testify to an escalation in Israeli police violations against the press corps.

Rajae el-Khatib, a video journalist, told Al Jazeera that he was also assaulted by the Israeli police near Lions Gate during the crisis.

Khatib, 38, is now suffering from a knee injury as result of the “heavy beating” after he was “caught filming” the Israeli police as they were removing railings near Lions Gate in the early morning hours of July 27, the day Muslim worshippers re-entered al-Aqsa Mosque compound after more than two weeks of protesting the new measures of Israeli control in the form of metal detectors and surveillance cameras.

“‘What did you film?’ the police asked me. I told them I was from the press. They beat me with sticks and kicked me on the knee and I was badly hurt,” Khatib told Al Jazeera. The Israeli police officers also broke Khatib’s equipment including a camera lens, a neck mic and his mobile phone.

Abu Rmeleh described the Israeli police officer’s questions as “not professional,” adding “the Israeli interrogator asked me what your religion is. Are you Arab or Israeli? Are you a leftist?”

Abu Rmeleh was released the following day after he agreed to a police order banning him from entering al-Aqsa Mosque, Lions Gate and Herod’s gate for 15 days. A few days later, a lawyer representing Abu Rmeleh annulled the police ban for lack of substantial evidence against him.

On July 23, the Israeli police unexpectedly blocked journalists from entering Bab al-Asbat, a major news site at the time. The police then ordered journalists to stay a distance of several hundred metres away from the gate, effectively restricting journalists from covering the story which was taking place just outside the compound.

In response, the Foreign Press Association, an NGO representing journalists based in Israel and the occupied Palestinian territories, tweeted: “FPA protests deplorable situation in Old City Jerusalem where tourists given access while accredited journalists and photojournalists not”.

“Not only have journalists been banned access, they have been pushed and shoved into areas where their safety is at risk, and where they bear the brunt of the Israeli security response to rioting crowds including teargas, stun grenades and beatings resulting in  several serious injuries,” the FPA added.

This was not the first time for the FPA to note violations against the press by the Israeli police. Last April, less than three months before the crisis at al-Aqsa Mosque, the FPA reminded Israel on the need to respect journalists reporting on the ground.

“The FPA has time and again raised its concerns about the aggressive behaviour of the Israeli border police. It is time the Ministry for Internal Security took action to rein in the force and establish much stricter guidelines to ensure serious injuries, and potentially worse outcomes, are avoided…” it said in a statement.

The Association for Civil Rights in Israel, a human rights NGO, criticised the Israeli police’s conduct towards the press during the crisis. On July 30, ACRI filed a petition at Israel’s High Court demanding that the Israeli police “stop restricting press coverage in the Old City of Jerusalem and harming journalists’ ability to perform their public duties”.

“Under our democratic system we attach a lot of importance for the freedom of the press and we extend a helping hand to all journalists and photographers… with the reopening of the al-Haram al-Sharif we have allowed free access to journalists but with the violent clashes that ensued and with the crude and offensive disregard to the law [exhibited] by some journalists [it was decided] to keep them away from the site,” Luba Samri, spokeswoman for the Israeli police, said in a statement.

The ACRI petition stated that the Israeli police conduct “raises concern that the police’s intention was to prevent the free flow of information through the media on the events taking place and on the police’s handling of those events”.

“The conduct of the police is worrisome and contrary to all the basic principles of democracy,” ACRI’s petition stated.

And, in a recent brazen attack on the media, on Monday, Israel moved to shut down Al Jazeera’s operations in Jerusalem. Israeli Prime Minister Benjamin Netanyahu has repeatedly threatened to shut Al Jazeera’s operations in the country, accusing the network of inciting violence against Israel. His most recent attack on July 27 accused the network of “inciting violence”.

Amnesty International described the closure of Al Jazeera offices in Jerusalem as “chilling message that Israeli authorities will not tolerate critical coverage”.

ACRI also condemned the Israeli government’s move to ban Al Jazeera. ACRI issued a statement describing the decision as “a declaration of war by the Israeli prime minister and the minister of communication against the offices of Al Jazeera in Israel”.

Two months ago, the Israeli Knesset cancelled the Press Ordinance of the British Mandate, which authorised the Minister of Interior to close newspapers, thanks to a petition submitted by ACRI to the High Court of Justice, according to the statement.

“Now, the new minister of communications wants to close a media outlet [Al Jazeera]. This joins a series of steps taken by the government against freedom of expression and against anybody that criticizes [Israeli] government policy.” 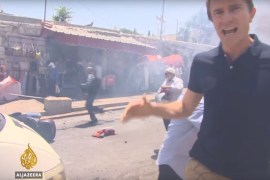 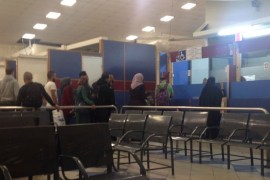