US President Donald Trump makes his second foreign trip to Europe on Wednesday.

He will first travel first to Warsaw, Poland, to meet Polish and Baltic leaders, before heading to Hamburg, Germany, to attend a G20 meeting.

Here are five things to know about the trip.

1. Trump’s first meeting with Putin. It will be the most anticipated moment of the trip. For the first time, Trump will meet face-to-face with Russian President Vladimir Putin during the G20 summit.

US intelligence agencies have accused the Russians of interfering in the US presidential election that brought Trump to the White House, and the FBI is investigating possible collusion between his campaign and Moscow.

At a recent briefing with reporters, White House senior officials did their best to play down the meeting by claiming there is no agenda for it.

But it is already clear – based on the barrage of questions at the briefing – that unless there is a major breaking news story, the Trump-Putin meeting will dominate news coverage.

2. Big protests in Hamburg. During Trump’s first European trip in late May to a NATO summit, about 9,000 protesters showed up in Brussels. In Hamburg, you should expect much, much bigger crowds.

Many Germans are not big fans of the new US president. A February poll showed far more people were concerned about Trump’s policies than Putin’s.

Police are preparing for upwards of 100,000 people, while German media reports say 14,000 police are being mobilised to handle the crowds.

Protests at the G20 are not new. And there’s no doubt the demonstrators’ grievances will be directed not just at Trump but other G20 leaders as well. Yet, Trump’s low approval ratings in Germany will no doubt encourage people to show up.

3. Trump’s climate clash with Macron and Merkel. When Trump announced on June 1 that the United States was pulling out of the 2015 Paris climate change agreement, German Chancellor Angela Merkel and newly elected French President Emmanuel Macron condemned his decision immediately.

This will be their first meeting since that day and Merkel, in particular, already sent signals to Trump over the weekend that his “America First” agenda, which he cited in pulling out of the deal, will not be welcome.

Merkel is trying to keep her job in a contentious election season and it appears her lukewarm relationship with Trump is helping. Expect her to make climate change and the US decision to withdraw from the Paris agreement one of her main talking points at the G20.

4. The Gulf crisis looms. Saudi Arabia is the only Gulf country that is a member of the G20. The meeting in Hamburg comes amidst tensions in the Gulf following an economic and diplomatic blockade on Qatar by Saudi Arabia, the United Arab Emirates, Bahrain and Egypt.

Saudi Arabia has led assertions that the Qatari government backs “terrorist” organisations, an argument Trump himself made during remarks at the White House. Qatar denies the accusations. In recent weeks, the coalition submitted a list of demands for Qatar to adhere to before lifting the blockade – Doha has dismissed them as unrealistic and not actionable.

OPINION: Is Trump committing war crimes in Iraq and Syria?

Trump has now made several calls to all the leaders in the dispute in an attempt to calm the situation but the Saudis will undoubtedly use their exclusive access at the G20 to press their case even harder with White House officials.

In August, 1944, poorly equipped Polish resistance fighters led an uprising against the occupying German forces. It was crushed but the square now represents the heroism of those who fought against the Nazis.

The theme of sacrifice and courage will go over well with his hosts. But it’s the next part that will be worth paying attention to.

Polish politics have shifted to the right in recent years. The government is one of three nations defying the European Union in denying access to refugees from North Africa, Syria and other nations. The ruling Law and Order Party has been a frequent critic of the EU and its policies. Trump has been, too.

Will he use this speech to stoke those common sentiments? According to a senior official, Trump will “call on all nations to take inspiration from the spirit of the Poles as we confront today’s challenges”. 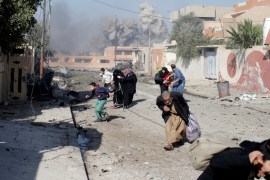 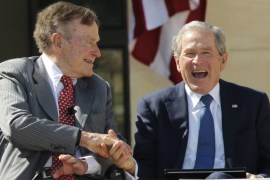 When Trump makes us nostalgic for the Bush years

How did the Republican Party move from Dwight Eisenhower to Donald Trump?