After more than three months of protests, the opposition and government have decided to hold two electoral events on Sunday in Venezuela.

The opposition’s vote seeks, through a popular consultation, to let people share opinions about the Constituent Assembly.

The second, organised by the government, is a rehearsal and aims to familiarise people with the constituent election due to take place on July 30.

“Through an executive decree, we as citizens are called to for a constituent process. The idea of the Constituent Assembly is that  500 Venezuelans will have the right to draft new laws and new articles, and then this new constitution will be voted,” Ricardo Leon, editor of El Silbon Information Agency, told Al Jazeera.

“The oligarchy is afraid of this because they can lose space of power and economic control,” he added.

Today, the opposition will ask voters if they support the government’s plan to elect a National Constituent Assembly that will overhaul the 1999 constitution.

However, the plebiscite does not have the support of the electoral power nor the government, which considers it illegal.

“I will vote today because we want to defend the constitution of 1999. It is important to restore constitutional order, and give space to the public powers to perform their functions, and in this way to exert pressure for presidential elections,” Venezuelan lawyer Vanessa Diaz told Al Jazeera.

The process seeks to show the rejection of Maduro, his government, and the role of the armed forces who are accused of repression.

But the government said it would ask the Supreme Court of Justice to nullify the the plebiscite as “unconstitutional, and illegal”.

Translation: It should be noted that the only events with validity in electoral processes will be performed by our entity. Tibisay Lucena, President of the National Council wrote.

¨ I make a call to the right to achieve harmony, and to stop threatening with violence, and I call for talks in a new cycle of dialogue for peace and independence in our country,¨ President Maduro said.

Here are some key questions relating to today’s votes….

1) Who called for this plebiscite?

A coalition of opposition parties; the National Assembly announced the move on July 3.

The opposition invoked Article 350 of the Constitution and seeks to demonstrate, through consultation, Venezuelans’ displeasure with the National Constituent Assembly.

2) What will Venezuelans be asked?

People would be asked to answer with “yes” or “no” to three main questions:

Venezuelans over the age of 18 inside and outside the country.

In Mexico, I arrived at 12pm to vote, and I finished at 5:30pm, and there were still more people waiting to vote

The vote will take place in 2,030 polling stations in 536 cities of Venezuela, and 69 countries around the world.

“In Mexico, I arrived at 12pm to vote, and I finished at 5:30pm, and there were still more people waiting to vote,” Maria, a Venezuelan entrepreneur, told Al Jazeera.

The event will have international observers, including former presidents Laura Chinchilla of Costa Rica, Vicente Fox of Mexico, and Andres Pastrana Arango of Colombia.

¨No foreign government or voters will rule over Venezuela, said President Nicolas Maduro on Sunday,

It is not certain what will happen, but some believe that after the consultation, the opposition would call for a “zero” hour – meaning a national strike or other actions against Maduro.

“If we are millions this Sunday, we will start a scale of greater pressure to respect the people’s will and stop this constituent fraud,” said opposition leader Henrique Capriles.

The opposition will announce how many participated in the popular consultation on the same day.

5) What is the National Constituent Assembly?

A convention that was held in Venezuela in 1999 to draft a new Constitution.

The Constituent Assembly could last more than a year because two referendums and elections must be convened to determine the constituents, who must discuss for months the issues concerning the new Constitution. 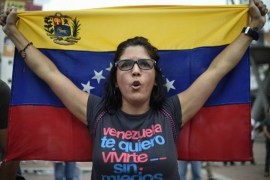 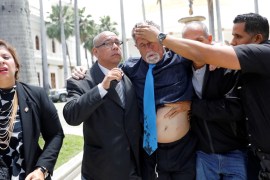