Trained as a graphic designer, Eiko Ishioka was once considered Japan’s best art director and was later also recognised as one of the world’s best in her field.

During her life, she earned an Oscar, a Grammy and two Tony nominations.

In 1992, she won an Academy Award for costumes she designed for the 1992 film Bram Stoker’s Dracula, directed by Francis Ford Coppola.

“Dracula was my first big Hollywood film, and Francis gave me complete freedom by expecting never-before-seen, unique, timeless, and revolutionary design,” she told the V Magazine in 2011.

On July 12, she would have celebrated her 79th birthday, and today Google honoured her with a doodle on its page. It was featured across North and South America, Europe and Australia.

The designer worked closely with director Tarsem Singh, for movies such as The Fall, Immortals, Mirror Mirror and The Cell, starring Jennifer Lopez, in 2000.

In the film her costume resembled a cross between a neck brace and a bird cage.

“Jennifer asked me if I could make it more comfortable,” I said, ‘No, you’re supposed to be tortured.'” Ishioka told The Ottawa Citizen.

For the designer, every costume had to say something about the character wearing it.

“Tarsem as a director has given me guidance …,” she said in an interview. “Hollywood is a good example of dictatorship … Luckily, Tarsem and I find a consensus.”

Later in her life, she was also widely recognised for her work as director of costume design for the opening ceremony of the Beijing Olympics in 2008.

From print ads to costumes and the Olympics, the Japanese designer did it all during her decades-long career.

Ishioka was born and raised in Tokyo, and she pursued a career in graphic design at a time when the world of advertising was a man’s game.

Her career was initially encouraged by her father, a graphic designer himself. But when she decided to pursue her career in the field he warned that she would struggle in a male-dominated culture.

Despite the challenges, she pushed through boundaries.

She worked her way into the industry via the cosmetics company Shiseido.

Her big break came when working for the Japanese department store Parco. She became famous for adverts that had little relation to the company; her work there was defined as open and surreal art.

She became its chief art director in 1971 and in that time she designed several campaigns featuring actress Faye Dunaway.

In 1983 she ended her association with Parco and opened her own design firm.

Her early art evoked many of the themes that would define her costume design: surreal, and consistently unexpected.

Ishioka won a Grammy award for an album cover, the 1986 record Tutu by the musician Miles Davis. The image is dominated by a black and white close-up of his face. It was photographed by Irving Penn.

In other work, she also designed uniforms for selected members of the Swiss, Japanese, Spanish and Canadian teams at the 2002 Winter Olympics in Salt Lake City.

Ishioka died of pancreatic cancer in Tokyo when she was 73. 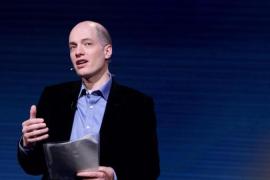 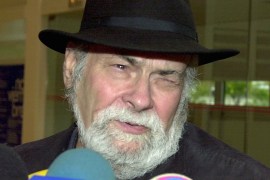 Danto and the end of art

Arthur Danto leaves behind a legacy that has dramatically changed the art world.