Considered the greatest and best known French writer of all times, Victor-Marie Hugo was born in Besancon, eastern France, on February 26, 1802.

From an early age, he showed a commitment to raising social justice issues and giving voice to the oppressed, as well as standing against capital punishment.

Hugo was born three years after Napoleon Bonaparte had seized power, and two years before he declared France an empire.

He studied law, though he never committed to legal practice. Encouraged by his family, he embarked on a career in literature.

Coming of age after Napoleon’s defeat, Hugo began his life as a poet and a writer and soon became a key figure in the development of French Romanticism.

One of his very famous works is the novel Les Miserables, which he began in 1845 but did not complete until 1862. It’s considered one of the greatest novels of the 19th century. For many, he captured the humanity of those who were condemned to marginality.

On June 30, a Google Doodle was created in his honour and featured across North and South America, Europe, parts of Asia and Australia.

Through Les Miserables, Hugo examined the history of France, delving into issues such as poverty, politics, moral philosophy, justice and religion.

On June 5, 1832, the death of General Lamarque sparked a rebellion against the monarchy which was quickly and brutally repressed.

This would provide the inspiration for the student revolt at the centre of Les Miserables. “We shall have a republic one day,” he argued, “and when it comes of its own free will, it will be good. But, let us not harvest in May fruit which will not be ripe until July; let us learn to wait … We cannot suffer boors to bespatter our flag with red.”

As a public figure, he was politically influential.

Hugo was elevated to the peerage by King Louis and entered the Higher Chamber as a pair de France, a designation of high distinction applied to a small number of the French nobility.

He spoke against the death penalty and social injustice.  Hugo raised to political fame after the February revolution and was ultimately elected as a representative of Paris.

When Napoleon III took complete power in 1851, Hugo openly declared him a traitor to France.

He moved to Brussels, then Jersey, from where he was expelled for supporting a newspaper that criticised Queen Victoria. He settled in Saint Peter Port, Guernsey, where he would live in exile from October 1855 until 1870.

While in exile, he published his political pamphlets against Napoleon III.

They were banned in France but they had a strong impact there.

His work also left a lasting impression on writers such as Charles Dickens, Fyodor Dostoevsky, and Albert Camus.

He died in Paris in 1885, and he became the first person to be buried in the Pantheon, a former church designed by 18th-century architect Jacques-Germain Soufflot and often compared in style to St. Paul’s Cathedral in London or the US Capitol building in Washington.

More than two million people attended his funeral, one of the largest mass mobilisations ever seen in Paris, and more than the city’s total population at the time. 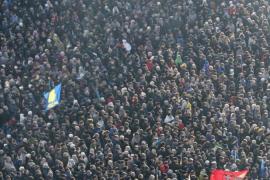 The anatomy of revolution

EU should stand on the right side of history and support democratic forces in Eastern Europe and the Arab world. 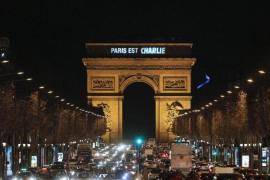 Why satire is holy to the French

Charlie Hebdo is heir to a centuries’ old tradition of political and religious satire in France.