Performer Josephine Baker is one of the first internationally recognised African American entertainers.

Baker was born in St Louis on June 3, 1906. She married and raised her children in France. “I have two loves,” the artist once said, “my country and Paris.”

Today Google has honoured her with a doodle as she would be celebrating her 111th birthday.

READ: Writing through the tears

Baker grew up in poverty and without her father.

Between the age of eight and 10, she was out of school, helping to support her family financially. As a child, she developed a taste for the flamboyant, which would later help make her a famous performer.

Baker grew up cleaning houses and babysitting for wealthy white families who reminded her to “be sure not to kiss the baby”.

She got a job waitressing at The Old Chauffeur’s Club when she was 13 years old. While waiting tables, she met and had a brief marriage to Willie Wells when she was 15.

During this period, it was unusual for a woman not depend economically on her husband, but Baker was different. When her relationships didn’t go well, she didn’t hesitate in leaving them. Her first marriage lasted less than a year.

During her adolescence, Baker struggled to have a healthy relationship with her mother, Carrie McDonald, who did not want her daughter to become an entertainer. This rocky relationship eventually led to her trip to France.

An adventure in Paris

In Paris, she started a new life and became an instant success for her dancing ability. She quickly became a celebrity and one of the most photographed women on the planet.

She also helped the French Resistance during World War II against Nazi Germany. After the war, she was awarded the Croix de Guerre by the French military and was named a Chevalier of the Legion d’honneur by General Charles de Gaulle.

Eventually, she returned to the United States and joined the first all-black Broadway musical.

READ MORE: A leap of faith

However, despite her success, the artist faced racially charged abuse from the press during her homecoming to the US.

Racial diversity and fighting for civil rights would become a constant concern throughout her life. Moving forward, she refused to perform for segregated audiences in the US and is noted for her contribution to the civil rights movement.

In 1968, she was offered unofficial leadership in the movement in the US following Martin Luther King Jr’s assassination. But Baker declined, fearing for the welfare of her children. 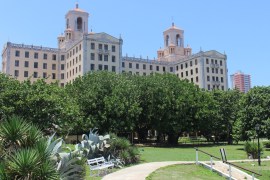 From East Germany to Cuba in my mother’s footsteps

In 1987, my mother worked at Havana’s iconic Hotel Nacional as part of a cultural delegation from East Germany. 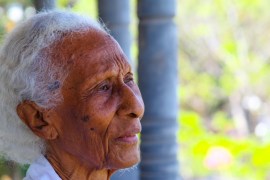