Belgrade, Serbia – “I am waiting to play the ‘game’, to cross this last border to Europe,” said 11-year-old Abuzar with a resolute calmness, despite being on his own.

Amid scores of men gathered around a fire to survive the unforgiving Serbian winter, the Afghan boy looked strikingly young. When Al Jazeera met him in February 2017 in Belgrade, temperatures dipped to as low as -14 degrees Celsius at night.

The “game” is a codeword that smugglers and refugees use when referring to illegal border crossings between the Balkan countries.

More than 300,000 children across the globe have travelled alone over the past two years with the hope of getting asylum, according to UNICEF.

Abuzar is among the more than 100,000 unaccompanied or separated children who travelled the Balkan route in 2016, according to the Belgrade Centre for Human Rights (BCHR).

About 1,500 men and boys shared a squalid refugee squat behind Belgrade’s central railway station, many since the autumn of 2016, all waiting to try to reach northern Europe with the help of smugglers. The historic train stop is an architectural wonder and a source of much pride for the locals. But the nearby warehouses, previously used for storing livestock, gave meagre refuge to the mostly Afghan asylum seekers.

Even this roof over their heads was ripped away when Serbian authorities evicted the refugees. Four hundred children who were among those seeking shelter remain missing, although the Serbian government insists they have been taken to underage reception centres.

Abuzar believed that camps like his would eventually become detention centres and he would be sent back to Bulgaria, where he says border police beat him and stole everything he had, including his only pair of warm trousers.

Abuzar played “the game” again in March 2017, and hasn’t been seen since.

Oxfam’s local partner, the BCHR, has tried to locate him, but to no avail.

Amid border closures, and being bounced between different Balkan states, refugees who have unwittingly ended up in Serbia are taking greater risks to arrive in a safe country in Europe.

Having hiked all the way from his home in Baghlan province, Afghanistan, to Pakistan’s Balochistan border, and from there through Iran, Turkey, Bulgaria, and Serbia – Abuzar was determined to press on until he  reached Sweden.

“Once I cross this last border, I will reach Europe and then bring my family to Sweden,” he said. 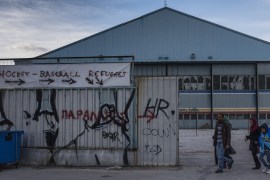 Inside the world of human smuggling

A look at the smuggling chain, from middlemen and passport counterfeiters to smugglers, and the refugees who use them. 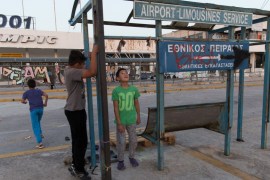