Clichy-sous-Bois, France – Eleven years ago, when he was 12 years old, Loic was abused by police for the first time. He had been playing football with a friend when the ball went over a fence and into an abandoned house.

France sees itself as a white country

When my brother’s death led to France’s 2005 riots

“My friend and I wanted to get the ball back, so we went inside the house,” he says. “The police came. ‘We need our ball,’ we told the officers.

Since then, the student of economics has been stopped and searched 10 times by police. He has never committed a crime. In February, a policeman pointed a gun in his direction.

“That was in the same week Theo’s story came to light,” he says, referring to the 22-year-old youth worker who was beaten and baton-raped by police in Aulnay-sous-Bois, a neighbouring banlieue, or suburb, earlier that month.

“Policemen came to our area. I filmed them, to show my friends how these interactions work,” says Loic.

“One policeman pointed his gun at me. He was just a couple of metres away. I felt threatened. I was only filming, I didn’t have a gun. He was the one with a weapon, my only weapon was my phone.

“I felt scared. I didn’t say anything to them. Some young people were arrested in that stop and search, they have all been released.”

Loic says the number of times he has encountered police is far lower than many of his friends. “A low rate,” he jokes.

He was born and raised in Clichy-sous-Bois, affectionately known as “Clichy” by its inhabitants.

The northeastern banlieue is just 16 kilometres from central Paris, but by public transport it takes around an hour and a half to get there, and at least an hour by car.

There are no motorways or railways serving the suburb.

In the most literal sense, this scarred neighbourhood is marginalised.

Clichy-sous-Bois caught the world’s attention 12 years ago, on October 27, 2005, when the deaths of black and Arab teenagers, 15-year-old Bouna Traore and 17-year-old Zyed Benna, set off the largest rebellion to upend France in 40 years – leading to a state of emergency.

The boys, who had been hiding from police in the transformer of an electricity substation, were killed by electrocution.

Along with 17-year-old Muhittin Altun, they had been playing football earlier and, fearing lengthy interrogations, scattered when they saw officers patrolling. They had done no wrong, had no criminal records.

But it was Ramadan, the time to break their fast was approaching, and they didn’t want to be harassed.

According to accounts and transcripts of police radio exchanges, the surrounding officers discussed the fleeing youths.

Sebastien Gaillemin was heard saying: “If they enter the site, there’s not much hope they’ll make it alive.” The officer was not heard, however, attempting to stop the teenagers from entering.

The boys’ electrocution was so powerful that it plunged the neighbourhood into a blackout. Altun, the only survivor, suffered burns to 10 percent of his body.

Gaillemin and Stephanie Klein faced charges of failing to prevent the boys’ deaths.

Public anger swelled and exploded onto the streets across France’s urban areas for three weeks.

Thousands of cars were set alight, thousands were arrested and the cost of damage to property was estimated to be hundreds of millions of dollars.

In 2015, Gaillemin and Klein were acquitted in a final ruling that could not be appealed.

“I think there are still tensions with police. There is a huge distance between police and the youth,” says Loic, who was 11 years old in 2005.

“When you’re stopped and searched 10 times a day in a democracy as a free man,” he says, trailing off with a look of disappointment. “You don’t have to look at me like I did something bad.”

Mouhseen, a security guard and football coach who has lived in the suburb for more than 15 years, is old enough to remember the events of 2005 clearly.

“We suffered,” he says. “People were very upset after the deaths of the two youngsters. They burned a lot of cars. It was terrible, you got up at 5 in the morning and saw cars on fire. It felt like being in a state of war.”

Stops and searches remain frequent in the banlieues and the relationship between police and young people – mostly boys and men of African and Arab origin – is fraught.

“It’s possible that a similar uprising will come again,” says Siyakha Traore, Bouna’s older brother. “I don’t paint all police with the same brush and they should not do the same with us.”

“Controles”, as they are known, are sometimes carried out more than once a day, often with aggression, and usually target non-white citizens and immigrants, according to residents Al Jazeera spoke to in several suburbs.

“I agree is that there is a racial profiling element,” says Oliver Klein, the city’s mayor. “Non-white people are more likely to be stopped more often than white people.”

When Traore and Benna died, Klein was deputy mayor. He was on holiday in the south of France and was called back to the office. On the drive home, he switched on the radio to listen to the news.

“The first thing the government was saying was that [Traore and Benna] were involved in wrongdoing.

“Whatever they might or might not have done, they were very young to die like that. Sympathy was not being given to the families. I couldn’t understand why there was no compassion from the highest ranks at the higher echelons of the establishment.

“In a way, the two boys died from fear of the police.”

Klein says the city has improved over the past 12 years. The makeover includes the town’s first police station, a swimming pool, new residential towers and the demolition of older blocks.

But there are fears that these changes are cosmetic and mask a deeper set of challenges.

At around 40 percent, for example, youth unemployment is almost double the national average of 24 percent, exacerbated by the town’s isolation.

After the riots, plans to connect Clichy-sous-Bois and Paris by tram were hastened to end “spatial segregation” but, 12 years on, there is still no joining link.

“The tramway is really important,” says Klein, adding that the line may be ready by 2019. “The official reason some town halls [were] opposed to it was because they feared some kind of a traffic jam. But I think they were scared.

“The tram creates social links. They were scared of this population from Clichy-sous-Bois travelling to work through their posh neighbourhoods.”

The commune of around 30,000 people has a high concentration of ethnic minorities, many of whom struggle financially.

After rushing to the scene of the uprising in 2005, Nicolas Sarkozy described those protesting as “racaille”, or scum.

Such accusations have drawn the tight-knit community even closer.

“There’s a lot of geographical discrimination,” says Rashida, a mother and housewife, as she shops at the local Saturday market.

Surrounded by vendors selling halal meat, African textiles, French pastries and fashion jewellery, she adds: “If your CV says Clichy-sous-Bois, you will be rejected even if you have a master’s degree.”

“There’s a lot of solidarity here,” Soukaina, Rashida’s 19-year-old daughter, chips in. “We’re underestimated. There are negative perceptions of Clichy-sous-Bois and our real value is not recognised.”

Not only are applicants less likely to succeed if their resumes mention their hometown, there are simply not enough jobs in the area.

“It’s OK here, but there’s not much work for young people,” says Lise, who like many jobseekers relies on social housing. “Life is calm here now, it’s fine. But we need more housing. The waiting lists for housing are very long.”

Nabila, a care worker who was born in Clichy-sous-Bois, echoes the feelings of many as she describes a warm and convivial atmosphere.

“It’s nice, a city like any other city. Old buildings were taken down, new ones were raised up. There’s a new police station, a new swimming pool. A lot of things have been done,” she says, a mantra of a list to neighbours who are repeatedly asked, “What has changed since 2005?”

“But there should be more businesses here so young people can work. Some have to travel one and a half hours to get to their jobs.”

A few kilometres from the market square, close to the town’s perimeter, a new and striking mural welcomes visitors as they enter, and sends them off as they leave.

“Chroniques de Clichy-Montfermeil” by artists Ladj Ly and JR is a strip of 150-square metres featuring 750 faces from the adjoining suburbs.

Among them is Klein, the mayor; Traore, who is still grieving the loss of his brother; Ly, the filmmaker himself pictured holding a camera as a gun – an iconic image by JR that was once plastered on London’s Tate Modern museum.

There are also dozens of children with hopeful expressions and scenes of exasperation and anger.

“JR and I wanted to represent the people of Clichy-sous-Bois and Montfermeil,” says Ly, whose many fans include Francois Hollande, the former president.

“We are really isolated here from the centre. Because we are abandoned, there is solidarity among us. We are trying to hold on to that. It’s very important to us.”

Ly, a filmmaker, is involved in the anti-police brutality movement and is a big believer in his medium as a tool for social justice. His subject? The police.

In one episode, after he filmed officers beating up a resident, 30 police were reprimanded and one was suspended.

“Since then, they have put CCTV cameras everywhere,” he says.

One measure to improve safety, recommended by the mayor, would force officers to wear cameras.

“It’s definitely a good thing and obliges people to behave themselves, but it shouldn’t stop people from filming these incidents,” says Ly. “Police tell me their main fear is to be caught on camera swearing at someone or beating them up.”

The artist chooses to live in the area that raised him, despite opportunities to move elsewhere.

“This is where I film, it’s my studio. All the films I have made, I have made them here over the past 20 years,” he says. “This is my home.” 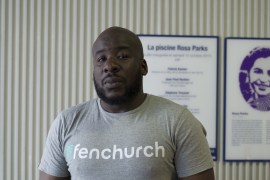 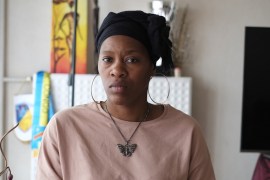 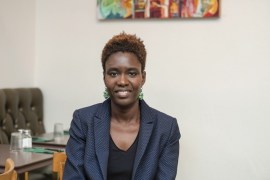