Gaza City – For a decade, Belal, 45, has been receiving a monthly salary from the Palestinian Authority on one condition: that he stay home and not work under the administration of the rival Hamas movement.

With enough money, plenty of time and few options for entertainment in Gaza under the crippling Israeli-Egyptian blockade, Belal began using Tramadol, an opioid painkiller that is illegal unless prescribed by a doctor. Tens of thousands of Palestinians in Gaza have been taking the drug as a way to escape the pressures of daily life in the besieged coastal enclave, doctors estimate.

“It starts just for fun, but then you cannot do without [the drug] until you ruin your life,” Belal told Al Jazeera from a room in Gaza’s only drug rehabilitation centre, where he has been seeking treatment.

Narcotics, including cannabis, have flooded Gaza in unprecedented quantities in recent months, according to Ahmed Kidra, the head of the local police anti-drug unit. The amounts seized in January alone equalled the total seized in all of 2016, he said, citing nearly $2m in seized hashish bars, Tramadol and ecstasy pills.

Kidra accused Israel of plotting to “flood” Gaza with drugs, alleging that it “turns a blind eye” to narcotics when they enter into Gaza hidden inside commercial goods. Israeli authorities did not respond to Al Jazeera’s request for comment in time for publication.

The ongoing blockade of Gaza has imprisoned most of the territory’s two million residents in a place with frequent blackouts, stalled post-war reconstruction and skyrocketing unemployment. Local health professionals have cited near-epidemic levels of Tramadol use throughout Gaza, with growing numbers of addicts.

In an effort to stem the spread of drugs throughout the territory, Hamas military courts in March – for the first time – handed down death sentences as punishment to two convicted drug dealers. In May, two more death sentences were handed down, while police also burned more than 1,000 bars of hashish and nearly half a million Tramadol and ecstasy pills in Gaza.

In the past, those caught with small amounts of drugs were typically fined, while dealers have received prison terms of less than three years. Those recently sentenced to death were alleged to be drug kingpins.

Kidra told Al Jazeera that drugs were being trafficked into Gaza across the borders with Israel and Egypt, through tunnels, or via the sea, when fishermen from Gaza meet Egyptian boats.

“Tunnels are the main source,” he said, citing a few remaining underground smuggling passageways between Gaza and Egypt. “Hashish, Tramadol and ecstasy pills comprise most of the contraband.”

In recent months, Kidra said that his unit had uncovered a number of dealing rings and seized more than 1,000 hashish bars and 2,600 boxes of Tramadol.

“We shifted our mechanism to focus more on the dealers, not addicts,” he said, noting that the reduced supply led to a rise in prices. “This caused prices to increase by 300 percent, thus reducing the [number of buyers].”

Over the past year, the price of a single Tramadol pill, for example, has jumped from 20 shekels (about $6) to 50 shekels.

However, police have struggled with a lack of necessary training and equipment for tracking down illicit drugs, including sniffer dogs and other relevant equipment, such as vehicles and labs.

Last year, Hamas politicians passed a law deeming drug dealing to be a national security threat, which opened the door for trying drug traffickers before military courts. Nasser Suliman, the head of Gaza’s military judiciary, said there were at least 30 cases of drug dealing before his courts.

The two who received death sentences in March were government security officers “who were not deterred from previous lighter punishments and returned to the trade”, Suliman told Al Jazeera.

Under military law, penalties against dealers are usually stricter than those granted by the civil code, Suliman said. Penalties are also lighter for users, as compared with dealers: “If an addict resorts to treatment, he is spared from punishment.”

That was the case with Belal, who was caught by police with a Tramadol tablet in his pocket. After pledging to undertake treatment, he was released on bail.

“I was too embarrassed,” he explained. “All the family knew my story; my wife left me and moved to her family house. I was afraid about my family’s future and was afraid of the stigma, so I decided to receive treatment.”

He was isolated for two weeks in the rehab centre, receiving weaker painkillers to prevent withdrawal symptoms, explained his doctor, Abdullah al-Jamal. Belal will undergo follow-up checks for two years.

“The reality of Gaza is very difficult and people here are subject to psychiatric illness due to the siege, poverty and war,” Jamal said, citing a lack of specialised treatment clinics in Gaza; his clinic, the only one in the territory, has just 15 beds.

For now, Belal says that things are looking up: “I feel better after the treatment and I don’t feel like I need to take these intoxicants.” 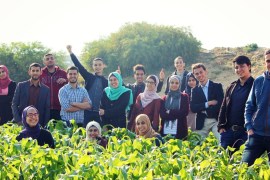 We Are Not Numbers project has brought together around 60 volunteer storytellers. 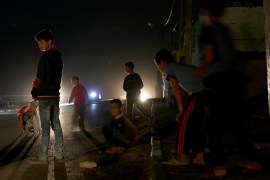 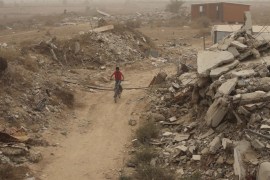 Why are human rights workers barred from Gaza?