Economic sanctions have often been seen as a crude political tool with varying effectiveness in bending the will of governments, whether it was Cuba, North Korea or apartheid South Africa.

But the continuing US sanctions against Iran have given some measure of personal satisfaction to dozens of American families who have begun to receive cash payments as compensation for the loss or maiming of loved ones in what the US has judged to be state-sponsored acts of terrorism.

Among the recipients are the 53 Americans taken hostage in 1979 and held at their embassy in Tehran for 444 days.

More than $1bn has been disbursed from a fund established by Congress.

The money comes from nearly $9bn in penalties and fines the US government imposed on French Bank BNP Paribas for moving Sudanese, Iranian and Cuban deposits through the financial system in violation of American sanctions.

The fund is expected to add to its coffers when Chinese telecom maker ZTE Corporation pays out more than $1bn in settling another sanctions case.

Edith Bartley’s fight for compensation dates from the bombing of the US embassy in Nairobi, Kenya 23 years ago.

More than 200 people were killed and at least 4,000 injured in that suicide blast and a nearly simultaneous attack on the embassy in Tanzania.

The dead included Edith’s father, the American consul in Nairobi, and her brother.

“Families took a huge emotional hit but also a financial hit,” she told Al Jazeera. “Families over the years had huge medical bills for emotional and psychiatric support. There were a lot of kids who were young when it happened and they’ve had a tough time.”

To be eligible for the cash award, each claimant to the fund – whether a US national or not – must first win a final judgment in a US court that a state sponsor of terrorism was responsible for their loss.

READ MORE: Iran hits back at US with ‘reciprocal’ sanctions

Those killed by a non-state group like al-Qaeda or ISIL do not qualify.

Nevertheless, before several al-Qaeda conspirators were convicted of the East Africa bombings, the US 9/11 Commission found that Iran lent support to al-Qaeda prior to its 2001 attacks on New York and Washington, DC.

The 1983 attack on the US embassy in Beirut, which killed 63 people including 17 Americans, was ascribed to the Iran-funded Islamic Jihad group.

A US judge later determined that it was carried out by Hezbollah with the approval and financing of senior Iranian officials.

That bombing, said Stuart Newberger, a lawyer for the claimants, “was the model for al-Qaeda in how it carried out the Nairobi bombing and that was the connection” to Iran.

Iran has not contested the 2016 judgment, which found it liable for more than $7bn in damages for providing aid to al-Qaeda by allowing its members to travel through its territory.

That’s because there had been no feasible means of collecting the money.

But it has challenged rulings that its central bank must give up $2.1bn in frozen assets held by Citibank to the victims of a separate Lebanon bombing in 1983, which killed 241 American military personnel.

Congress has also lifted the legal barriers to suing the Saudi government and its royal family.

The families of more than 800 victims of the 2001 attacks on American soil allege that “alter egos of the government” helped some of the al-Qaeda plotters.

Whether Saudi entities ever become the subject of US sanctions – and potential contributors to the victims compensation fund – is a question the Trump administration may have to ponder. 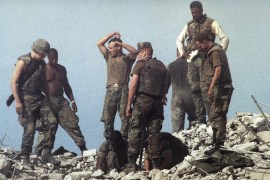 Iran: US Supreme Court ruling on Beirut blast a ‘theft’

Iran rejects ruling in which $2bn in frozen Iranian funds will be given to families of victims of 1983 Beirut blast. 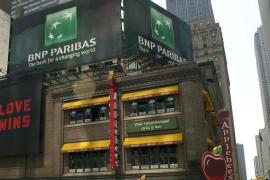 Reported $10bn to be levied on BNP Paribas could damage free-trade agreement between US and EU, Laurent Fabius warns.