Paris, France – As journalists prepare to mark World Press Freedom Day on May 3, there is much to discuss.

Why are journalists still being killed with impunity? Can the media, increasingly demonised by political leaders, survive? How should reporters cover the far right? What will become of the battle against fake news?

Al Jazeera, in consultation with UNESCO, is launching Journalism Matters – a space where these questions will be addressed.

In the run-up to World Press Freedom Day, we will be sharing critical analysis and reflections from international journalists and experts.

You can join the conversation too, using the #WPFD2017 hashtag on social media.

Al Jazeera: Why have you come together to launch this project?

Guy Berger: UNESCO has had a long partnership with Al Jazeera on the issues of press freedom and the safety and quality of journalism. When we looked into World Press Freedom Day this year we thought: which respected international broadcaster has a good track record of co-operation with us?

Giles Trendle: We have a long, and painful experience of our journalists being attacked, arrested, imprisoned and, in some cases, killed.

Violence against journalists is a key concern for us and so we looked for a partner with international credibility that shares our core values for media freedom and the safety of journalists.

Al Jazeera: World Press Freedom Day is coming up on May 3. What has changed in terms of press freedom over the past decade?

The more the media exposes falsehoods, the more it creates actors who decide to hit the media through threats, intimidation, physical attacks or economic boycotts.

Guy Berger: Previously the media was always attacked for bringing to light hidden stories which those in power didn’t want.

Today it’s even worse because the media is now being attacked not for what it is exposing, but for what it is debunking as fake news. This could partially explain the escalation of attacks against journalists because the more the media exposes falsehoods, the more it creates actors who decide to hit the media through threats, intimidation, physical attacks or economic boycotts.

Al Jazeera: Giles, you spoke of the media’s “crisis of identity” during UNESCO’s “Journalism under fire” colloquium. How does the industry need to develop to fulfil its role of monitoring the powerful?

Trendle: On one hand, we need to embrace the digital revolution and the disruption that’s been caused and be ahead of the game, and change and adapt. But on the other hand, we need to hold firm to our editorial principles and the quality of our journalism.

I don’t see them as mutually exclusive, so we have to change and adapt, but hold firm to our core principles of journalism. And that’s the point: we can’t just change for the sake of change and try to get more clicks and get involved in junk-food journalism and lose our editorial soul.

Berger: I think it’s being true to the spirit of journalism and the role of journalism in society, but also actually it’s a good business position because the more journalists become involved in junk journalism the more they disappear into the huge amount of unreliable, unchecked information.

If you start running into the gossip, the jumping the gun and so on, you have no distinct identity anymore.

Al Jazeera: Journalism, from one day to the next, is changing in terms of training methods, platforms, its relationship with the public it serves. In your view, what is the role of journalism?

Trendle: The role of journalism in today’s society is for us to do our jobs to the best quality and maintain editorial standards. The protection of the role of the journalist – and I don’t just mean the physical protection, but the protection of editorial quality – is the preservation of democracy.

Berger: I think journalism itself needs to become more reflective because some things that were done in the old days are no longer exclusive to journalists. And I think sometimes journalism has focused too much on elite politics.

Investigative journalism takes time and resources but we dedicate those resources and that time because we value what it can bring to society.

And when you only focus on elite politics there are many people with stories that deserve to be told who don’t like the elite. And if you don’t tell those stories you get a surprise when there is a populist backlash.

So really a lot of journalists have to get out of their comfort zone and start saying, “What really is going on in these societies? What are these negative attitudes of aggression, racism, sexism?” But you have to tell these stories, because if you don’t tell these stories you are keeping a society in ignorance and creating polarisation.

Al Jazeera: Do you think there is a future for investigative journalism?

Berger: Bloggers can obtain excellent eyewitness coverage of events from people, but they don’t have the capacity to do a deep, prolonged investigation, nor do they have the credibility.

So investigative journalism is one of the most unique selling propositions in the mainstream media.
The Panama Papers investigation had huge consequences in some countries, but it could have been explained better: “This is your money, as citizens, which is being secretly taken out of the country and often illegally as well, but certainly behind closed doors!”

WATCH: The future of journalism under President Trump

It’s important that the public understands why investigative journalism is for their benefit, because there is a danger that this kind of journalism could become a threatened species.

Trendle: Investigative journalism takes time and resources but we dedicate those resources and that time because we value what it can bring to society.

We did a documentary on the contemporary slave trade in the UK resulting in the British police arresting a number of people who were involved in smuggling and trading people. It shows what an investigative documentary – in which we invested resources – can bring to society.

Al Jazeera: Over the past decade nearly 1,000 journalists have been killed. How does this partnership aim to address the issues of safety and impunity?

Berger: UNESCO can bring those issues to the attention of governments. Al Jazeera, with some civil society and editors’ groups, has been a leading player in the drafting of the International Declaration on the Protection of Journalists.

This declaration is not the same as a UN declaration but it’s very close to the UN’s recent stance. The UN has passed nine resolutions on the issue of safety over the past four years.

So we are looking at the leadership shown by Al Jazeera, the civil society and the editors’ groups to say to the UN that it shouldn’t lag too far behind with what’s happening on the ground.

It’s a very important initiative and UNESCO could help us to get it on the floor of the United Nations, not just as a resolution but as a declaration – with some strong wording to give it some teeth – to get governments to abide by it because protecting journalism is preserving democracy.

Al Jazeera: What do you think UNESCO can learn from Al Jazeera and vice-versa?

Berger: Al Jazeera has a worldwide network of journalists on the ground, often working in very dangerous conditions. UNESCO, which represents 195 governments, needs to be aware of what’s happening on the ground so that diplomats can be told of the situation facing journalists trying to do their jobs.

UNESCO’s role is to use the expertise of international broadcasters such as Al Jazeera to sensitise our member states to the importance of respecting and protecting journalists.

Trendle: Having as a partner a worldwide organisation with international standing and credibility is important for us.

UNESCO speaks to a global audience and understands and acknowledges what our job is, and then supports not just us but all journalists to carry out their job without being targeted.

We work in dangerous places and journalists do get killed in crossfire or in hostile environments.

But there are cases where journalists are deliberately targeted and that’s unacceptable. That’s why it’s important to have at our side an organisation that understands and supports these issues. 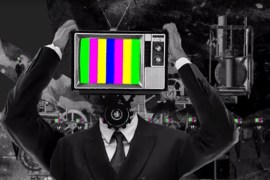 In our latest online series we showcase the key works of five big thinkers from around the world – Noam Chomsky, Edward Said, Marshall McLuhan, Roland Barthes and Stuart Hall – whose theories on the media will sharpen your critical tools when you next consume the news. 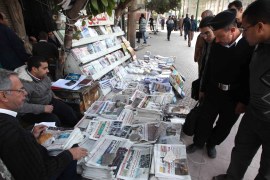