Beirut, Lebanon – When Anthony Kerbage and Elissa Abou Khalil go into schools and scouts’ clubs across Lebanon to talk about sex, there are certain topics such as abortion that raise hackles.

The two fourth-year medical students are among the enthusiastic volunteers and relaxed youth workers plugging the sex education gap left by Lebanon’s social and religious authorities. With that come topics that some adults would prefer them to avoid. 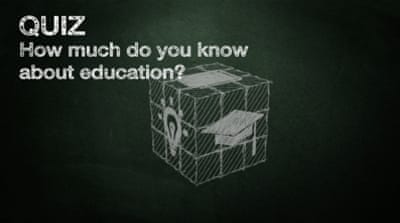 “When teachers or leaders say we cannot cover a certain topic, we say OK, but if we get a question about it we will find a way to give the information,” adds Elissa.

“We tell the teachers that the children will find out about these things in other ways – such as on the internet.”

“At one school there was once a complaint from a parent who said that the picture of the female anatomy that we used was ‘not appropriate’,” says Elissa, at an international medical students’ conference in Beirut.

The pair manage the peer educator programme within the Standing Committee On Sexual and Reproductive Health, including HIV/Aids (SCORA) at the Lebanese Medical Students’ International Committee.

Sex education was introduced for 12 to 14-year-olds in Lebanon in 1995, but was withdrawn in 2000 after criticism from a number of religious groups in the country. According to the book, Deconstructing Sexuality in the Middle East: Challenges and Discourses, one faction said the topics studied would “provoke [students] to perversion”.

Subsequent attempts to reintroduce it to public schools have had little effect, with teachers complaining of a lack of training and the need for “administrative support in case parents complained”. At present, sex education in Lebanese schools is scant.

Predictably, the patchy availability of sex education, with the burden falling on small initiatives such as SCORA’s, does not stop people having it.

The SCORA scheme sees 15 students from five of the country’s universities visit around 20 schools and scouts’ groups, in an attempt to fill in the gaps left by the school curriculum, and to tackle long-established beliefs about sex education.

A peer educator’s session may look something like this.

“You say to the pupils, ‘I’m just a few years older than you, I’m a medical student and we are just going to talk about these things …'” says Elissa, who grew up in a family of gynaecologists.

“At first you have to tell them not to laugh, and at the beginning they perhaps find it weird, as they are not open. But by the end of the session they feel it is a safe space and are even asking questions about their personal life.”

We have to be neutral and factual, we have to say 'We don't want to question your beliefs, but as medical students, we know that science says XYZ'

The students then ask the pupils to draw the changes that take place on female and male bodies at puberty.

Drawing may sound crude, but can help to clear up some very basic misunderstandings among pupils.

“They sometimes don’t know that the reproductive system and the digestive system are different,” says Anthony, who is currently studying at St Joseph’s University in Beirut.

“They don’t know how things work as they get ideas from TV, sex scenes in movies, and rumours. It is like they have been waiting for someone to come to answer their questions – they ask a lot.”

Body language and attitude play important roles in the effectiveness of peer-given sex education, according to Diana Abou Abbas, manager at Marsa, an NGO that also offers peer education sessions to university students, schools and scout groups in Lebanon.

“We try to make it open, and have someone speaking to them in a casual way, establish a sense of safety and trust,” she says, in the organisation’s discreet office in Hamra, central Beirut, from where they offer sexual health medical services such as STI [sexually transmitted infection] screening and smear tests.

“We tell the group there is safety and trust but they have to feel it as well, through the group dynamics, when they see people who are young and similar to them, for example, have a piercing, or a tattoo – small things.”

All the while, the peer educators must tread a fine line between children’s religious and social backgrounds and science – whose teachings may differ.

“We have to be neutral and factual,” Elissa says. “We have to say, ‘We don’t want to question your beliefs, but as medical students, we know that science says XYZ.'”

Marsa uses its peer educator sessions to highlight the importance of consent, which they introduce to youth, “from the earliest age”. Their teaching comes in an environment where a rapist can still escape punishment if he marries his victim. Lebanese politicians agreed in December to overturn the clause in the country’s penal code permitting such acquittals, although the promised changes have not yet been finalised.

‘We have limited resources’

The World Health Organization’s latest statistics on contraception for Lebanon only report use among married women, at 58 percent – and the figures date from 2004. There is no data for single or uncoupled individuals.

It is a struggle to get STI screenings covered on medical insurance in Lebanon.

STI data is scant, although Marsa is worried about an increase in infections.

“The rates of STIs are increasing and that is alarming for us, something has to be done to counter that,” says Sara Abou Zaki, project coordinator at Marsa.

Lebanon’s peer educators, unable to shoulder the burden of teaching a whole nation, are advocating for wider inclusion of sex education in school curriculums and for provision of sexual health services in hospitals.

“We know there are unmet needs,” says Elissa. “But we have limited resources; we are just students.”

“If you reduce stigma, more people will seek healthcare and you will reduce STIs and reduce the costs”, Diana says when asked how Marsa advocates with Lebanon’s Ministries of Health, Social Affairs and Education.

“The reply is ‘That is what we are trying to do, we are working on it – but it takes a long time’. Nothing is a priority.”

All the while, Marsa is seeing an increase in demand for its services – up from 30 clients a month in 2011 to 250 at present.

To reach Lebanese communities they are unable to access through peer education, Marsa is tackling the severe deficit of information in Arabic about sexual health. It produces jaunty pamphlets and short films on topics including contraception, HIV and transgender identity.

“The information in Arabic is in spoken Arabic, we never do Fussha [formal Arabic], says Diana. “People won’t be interested in reading it, if we are targeting the people who speak Arabic in Lebanon.”

As such, information on the risks of “natural contraception” methods, such as cervical mucus, is presented under the title, “Shoo heya wasayil men’a al-hamal al-tabae’eya” – “what is natural contraception?” – using familiar words from Arabic’s Lebanese dialect. An infographic on pap smears is titled, “Shoo ya’ni fuhus al-azaza?”

One short clip about periods was criticised as “shameless” by detractors. “They were saying, ‘You are shameless!’ Diana says jovially, clearly unflustered by the derogatory remarks about her organisation’s work. On the contrary, they advocate shamelessness. “That is our slogan – ‘Bila hia” –  ‘Without shame’, actually, because you encourage people to talk about it.”