“Humans have shorter attention span than goldfish, thanks to smartphones” read a 2015 headline in The Daily Telegraph. “Ten percent of users do not pass the first scroll” found Chartbeat, a web analytics company, after Slate Magazine commissioned them to analyse their traffic.

Add to that my own analysis: a video entitled Cats Just Don’t Want to Bathe receives tens of millions more hits on YouTube than any investigative film I have ever made for Al Jazeera’s People & Power strand.

The result is clear: when faced with clickbait, investigative journalism rarely wins.

Journalism has fared badly over the past 15 years; jobs have nearly halved. Yet I think the future of investigative journalism remains bright.

If anything, the cuts have forced us to think more seriously about how to really engage our audiences and taught us not to take them for granted.

We are learning to become more collaborative and to present our work in more creative ways.

Here is why I remain optimistic:

Being a journalist no longer just involves returning to the newsroom with a version of the story on video, print and photos. Today we cater for a whole range of social media-driven platforms that engage different segments of our total audience.

For a filmmaker like me, it may be painful to create a short social clip where all the best footage is front-loaded but it’s nonetheless rewarding to see a video go viral and deliver the story to people around the globe.

Last year the Centre for Investigative Journalism used a graphic novel format on Instagram to publish an investigation into “Bad Plea Deals” in US courts and ratcheted up followers.

In February this year, Brazil’s Agency Publica launched a project called “Vigilancia” (Surveillance) which charts how the video surveillance system installed for security during the Olympic Games is now used by authorities to suppress demonstrations. You enter the project website through different feeds from security cameras.

Here at Al Jazeera’s People & Power, we have experimented with presenting two of our investigations in gamified formats – “Pirate Fishing” and “Hacked – Syria’s Electronic Armies” and found that both projects were taken up by schools, not just to teach journalism but also online security.

2. It’s not about online impressions – it’s about real impact

When Buzzfeed launched its investigative unit two years ago there was no longer any doubt that impact can compete with ratings.

Since then the viral hit factory, better known for its Puppy Break newsletter, produced a number of hard-hitting investigations that have not just won awards but also led to real change.

At Al Jazeera we haven’t been doing so badly either. Our 101 East show conducted an undercover investigation into the availability of babies for sale in Malaysia which sparked a police investigation resulting in arrests of a number of doctors and traffickers.

Back in Europe, Al Jazeera Investigations, our investigative unit, dug deep to make Modern Slavery, a film which led to arrests, this time a car wash owner who ran an illegal and abusive business that used Romanian workers.

So take a break from counting your Twitter impressions.

At the end of the day, this is what our work is really all about – holding those who abuse power to account.

Recently, Greenpeace advertised to hire a senior investigative journalist and at least four people sent me details of the job. Serious journalists no longer consider it a shame to break out of their news cycle-driven environments to tackle long-form investigations with NGOs such as Global Witness.

Philanthropic funding, especially for tech-related projects, is creating some of the most interesting new ventures.

On February 1, Innovate Africa announced $1m in seed grants and technology support for 22 digital projects that tackle issues as diverse as fake news and frontline war reporting, as well as innovative ways for watchdog media to use bots, drones and sensors to improve their reportage.

It’s worth clicking through the list, it is exciting to read the variety and innovative scope of the projects, all of them in Africa.

Civilians, too, donate to journalism. Bellingcat is a part crowd-funded website for “citizen investigative journalists” that tracks weapons, often from crowd-sourced photographic evidence.

Bellingcat has repeatedly made headline news when covering big news stories such as flight MH17 and the recent bombing of the Aleppo mosque.

Amidst increasingly crazy allegations, unsubstantiated claims and “fake news”, US President Donald Trump is becoming a catalyst not just for investigative journalism but for journalism as a whole.

The rise of Trump has also started to reverse the trend that content is expected to come free of charge.

Over the past few months, consumers have retreated to reliable sources and are prepared to pay for it. The New York Times has reportedly added 300,000 subscribers in the last three months of 2016.

Meanwhile in Britain, people are supporting The Guardian with reader membership which they display on Facebook like a badge of honour.

In the age of transactional politics, the survival of journalism is dependent on its ability to adapt and innovate. 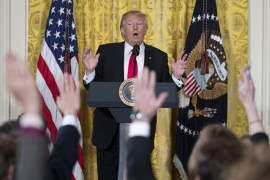 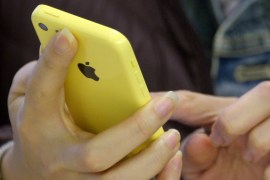 Trump declares media ‘the enemy of the American people’

President Donald Trump has stepped up his verbal attacks on several widely respected US news organisations. 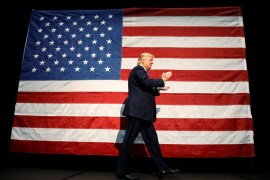