Paris, France – Fact-checkers, media literacy training and a return to journalism’s fundamental principles are some of the solutions to counter the “fake news” phenomenon, a group of prominent editors and journalists said as they gathered recently in Paris for UNESCO’s Colloquium Journalism Under Fire conference.

Citing as an example of one of the most extreme, and potentially lethal, examples of fake news, the panel discussed an event on social media last December.

A fabricated quote attributed to the Israeli defence minister in a false report said that Israel has threatened Pakistan with nuclear weapons, prompting his Pakistani counterpart to warn that “Israel forgets Pakistan is a nuclear state too”.

In the same month, a man who said he was investigating a conspiracy theory about US politician Hillary Clinton running a child sex ring out of a pizza place fired an assault rifle inside a Washington, DC, restaurant.

The Comet Ping Pong restaurant gained notoriety during the 2016 US presidential campaign after fake news stories stated that Clinton and her campaign chief ran a child sex ring out of the restaurant.

As the story spread online, fanned by right-leaning conspiracy theorists on discussion sites 4chan and Reddit, the restaurant owner received hundreds of threatening messages about the alleged scandal, dubbed “pizzagate”.

Propaganda for political or economic gains is nothing new, but what constitutes fake news is contested.

For some, it is as simple as false information. For others, the term is dished out to media that broadcasts or publishes negative stories.

READ MORE: 2016 and the truth behind fake news

While old, established forms of propaganda are still largely the domain of wealthy institutions or governments working through traditional channels, fake news tends to be more associated with groups or individuals using social media platforms to spread sensational and outlandish stories.

“[It could be agreed that] a young man or woman sitting in their bedroom in Macedonia literally inventing stories such as ‘The Pope backs Donald Trump’ is part of the fake news phenomenon,” said Ivor Gaber, professor of journalism at the University of Sussex.

Although the fake news phenomenon sprang to prominence after the election of US President Donald Trump, “the Philippines was five or six months ahead of the US [with the May 2016 elections]”, said Maria Ressa, editor-in-chief of Rappler, a Filipino online media outlet.

“President Duterte came to power because of social media. He had the most sophisticated social media campaign ever.” she said.

The abundance of fake news “has had a direct impact on the quality of democracy in the Philippines”.

A number of fake Facebook accounts were cooked up, attracting huge groups of followers, and were able to amplify a flood of false stories targeting Duterte’s political opponents and critics, Ressa said.

However in the case of Trump, fake news was not behind his surprising election victory, said Serge Schmemann, a writer and editor with the New York Times.

Fake news “is just a symptom of the crisis” that traditional journalism is experiencing, such as the lowering of journalistic standards and quality due to financial pressures and time constraints, he said.

To stop the flow of misinformation, journalism ethics and guidelines should be brought to the fore, Schmemann added, recalling a particularly harsh punishment for making a mistake.

At his first job in a small New Jersey newspaper, young journalists who made a mistake that required a correction were made to eat a red hot pepper in the middle of the office to “learn that a mistake is physically painful”.

Fact-checking tools and organisations are increasingly perceived as effective in disempowering fake news, among them Les decodeurs, a France-based team of journalists and social network specialists analysing and verifying news content.

Misinformation is taking hold because it is communicated in a simple way, through powerful phrases, and your debunking must be equally simple to be efficient

But for fact-checkers to excel, it is necessary to provide readers with credible sources, said Evangeline de Bourgoing, director the Global Editors Network.

“It seems fairly obvious but if you want to refute an argument that is widely believed by a Republican supporter, you have to find a Republican to deny this statement. It’s obvious but it’s not something most news outlets do,” she said.

“Misinformation is taking hold because it is communicated in a simple way, through powerful phrases, and your debunking must be equally simple to be efficient.”

In terms of public trust, journalists, along with politicians, are ranked at the very bottom of the ladder.

As Divina Frau-Meigs, professor of media sociology at La Sorbonne, said, large sections of society believe fake news in mainstream media is “part of the establishment”.

Verashni Pillay, editor-in-chief of Huffington Post, South Africa, said that “open disdain by some newsrooms towards their audiences” might partially explain this public distrust.

Ginna Lindberg, a correspondent with Swedish Broadcast Radio, also argued that some of the challenges lay within newsrooms.

Reporters should return to the fundamentals of journalism, step outside the comfort of their newsrooms and privileged lives and speak to different audiences.

“We need to broaden our perspectives to make sure that we have diversity in our newsrooms, in our narratives. A multitude of voices [should be] heard in our media outlets,” she said. 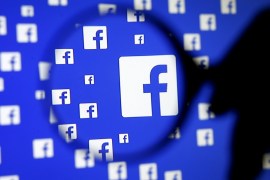 Facebook is making it easier for users to report fake news when they see it, with fact-checkers ready to jump in. 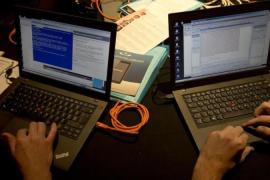 The ‘Newscaster’ scheme targeted over 2,000 high-level individuals and went undetected for at least three years.