Texas death-row inmate Rodney Reed – a black American man convicted in a racially charged trial – has lived under the threat of execution for two decades.

At one point, in March 2015, Reed was set to be executed the day after Al Jazeera spoke to him from behind the plexiglass at a prison in Livingston, Texas.

But the execution was stayed, pending a review into his case. In 2014, Reed’s lawyers had launched a bid to reopen an investigation into DNA collected at the crime scene that the lawyers said would exonerate him.

Texas’s judicial authorities had long ignored calls to review what Reed’s lawyers and forensic experts believe is overwhelming evidence that his conviction was wrongful.

“Basically everything that is wrong with the American capital punishment system happened in Mr Reed’s case,” Bryce Benjet, Reed’s lawyer, told Al Jazeera for this article.

READ MORE: Five death penalty cases to follow in the US this year

Reed, now 49, was convicted of the 1996 abduction, rape and murder of Stacey Stites, a 19-year-old white woman.

Much of Reed’s case hinges on whether Reed had consensual sexual relations with the victim, something the jury in his initial trial considered unthinkable, says Benjet, because of the racial dynamics in that court and more broadly in Texas during the 1990s.

The forensic scientist who believed the DNA was the lynchpin in Reed’s conviction has since reversed his opinion, documents seen by Al Jazeera show; he now believes, based on his own review with more up-to-date technology, that DNA found on the victim was from a consensual encounter well before her death.

“Mr Reed’s attorneys [in his initial trial in 1997] were rushed to trial before even a minimal investigation could be completed. And the lingering problems with race in our communities cannot be avoided where Mr Reed, a young African-American man, was dating a white woman who was murdered. It has taken years to untangle all of this and to discover the new and powerful evidence implicating another man in the murder,” said Benjet.

Stites’s fiancé, Jimmy Fennell – a white police officer – was a suspect in her death until Reed’s conviction, according to Benjet and local news reports. Fennell is currently serving a prison sentence for abducting and raping a woman while on duty.

Reed’s case is currently before the Texas Court of Criminal Appeals while new DNA testing is under way, his lawyer confirmed.

The Texas Attorney General, which oversees executions, was not immediately available for comment at time of publication.

Benjet says his client’s case is emblematic of systemic problems, including significant racial bias, in the US criminal justice system.

Racial disparities and questions of prosecutorial misconduct in the US legal system feature in an annual report on the state of capital punishment worldwide, released by Amnesty International on Monday.

A legacy of racial history

In the US, an overwhelming majority of prisoners on death row are people of colour.

In one major example of racial disparity, Arkansas made headlines recently with a bid to execute eight people before the end of April because the state’s lethal injection cocktail expires at the end of the month and has become increasingly difficult to obtain.

Four of those eight inmates – one of whom had their execution halted by a court – are black. But only 15.4 percent of Arkansas residents are black, according to the most recent census data.

According to statistics from the Death Penalty Information Center (DPIC), an organisation that researches capital punishment, more black Americans were sentenced to death in 2016 than any other ethnic group combined, with 17 new death sentences.

Those new sentences were handed down amid a growing effort in the US to address rampant inequalities and persistent allegations of violence in the policing of black communities.

“Every study that is done shows that all humans, in all countries, have implicit biases – sometimes unconscious, sometimes overt – against disfavoured groups,” said Robert Dunham, DPIC’s director. “The psychology studies in the US [find] implicit biases against blacks. That this bias shows up in death penalty cases should not surprise anyone.”

Dunham says that, particularly in the south of the US, the death penalty cannot be understood without taking racial history into consideration. “It is in very significant part an outgrowth and vestige of the legacy of slavery, lynching and the racially biased laws and law enforcement practices of the pre-civil rights era.”

Some have expressed fears that racial disparities are unlikely to improve under US President Donald Trump’s administration. Moves to advance racial equality in the US criminal justice system have recently been challenged under Trump’s US Attorney General Jeff Sessions – a controversial figure opposed by many black community leaders.

Sessions has sought to review moves to reform problematic police departments across the nation, signed under the government of Trump’s predecessor, Barack Obama. A federal judge has already blocked attempts to reform the Baltimore Police Department, which came under fire for the 2015 death of Freddie Gray, a 25-year-old black man, who sustained fatal injuries while in police custody.

A shift in opinion?

“Concerns over mental and intellectual disabilities and racial discrimination continued to mark the use of the death penalty in 2016,” stated Amnesty International’s annual capital punishment report in the section on the US.

Among other cases, Kenneth Fults, an African-American man, was executed in Georgia for the 1996 murder of a white woman. According to Amnesty International, “One of the jurors from the sentencing had signed a sworn statement saying: ‘I don’t know if he ever killed anybody, but that n***** got just what should have happened’.”

A state court rejected the claim that Kenneth Fults had an intellectual disability that would render his execution unconstitutional.

“Race, particularly the race of the murder victim, continues to be a factor in who receives a death sentence in the USA,” said Rob Freer, an Amnesty International researcher on the US. Many death penalty opponents observe that while most death row inmates are people of colour, cases in which the victim is white are statistically more likely to result in a capital sentence than cases in which the victim is also a person of colour.

Compounding questions of racial inequality in capital punishment are questions of innocence. In April 2014, a report published by the National Academy of Sciences found that 4.1 percent of death row sentences were removed from the death penalty owing to doubts over their convictions.

Amid the potential killing of innocents, together with a series of botched executions in which those who were executed experienced severe suffering, surveys suggest that an unprecedented number of Americans now oppose the death penalty.

Support for the death penalty plummeted from about 80 percent in the mid-1990s to an all-time low of just under half of all those surveyed in November 2016, according to data from the Pew Research Center.

READ MORE: Study – Rates of US execution sharply decline in 2016

Hopes were high among death penalty opponents that Americans were moving away from the practice. The movement to abolish the death penalty in the US has found support across party lines, even if, for some, it was only because of cost; for states to uphold death sentences and go through the rigmarole of obtaining lethal injection drugs and people to administer them it is often more costly than keeping a convict in prison, analysts have said.

Amnesty International’s report on Monday stated that a total of 19 US states have abolished the death penalty. Currently, the death penalty is retained in 31 states – of which 12 have not carried out executions for at least 10 years, and four have established official moratoriums on executions.

“The number of executions (20) and death sentences (32) recorded in the USA in 2016 continued to decline, reaching the lowest number recorded in any year since 1991 and 1973, respectively,” read the report. For the first time since 2006, the US did not feature among the top five global executioners.

In November, citizens in California and Nebraska voted on whether to abolish the death penalty in their states.

Both states voted to uphold executions.

John Donohue III, a Stanford University Law School professor, said that the failure of the votes, and Trump’s recent appointment of the conservative judge Neil Gorsuch to the supreme court, suggested that “the pro-death penalty forces have been strengthened”.

“The National Academy of Sciences has confirmed that no credible statistical evidence has ever been amassed – despite years of efforts by proponents – that suggests that the death penalty has a deterrent effect on murder,” continued Donohue. “When people feel frightened by crime or angry about events they can’t control, lashing out at convicted murderers who are held in custody is emotionally satisfying for a large number of Americans,” he said.

Some advocates for the abolition of the death penalty claimed that voters in California were intentionally confused by death penalty proponents.

“We had probably one of the most confusing elections, potentially in California history,” said Ana Zamora, Criminal Justice Policy director at the American Civil Liberties Union of Northern California legal advocacy group.

Proposition 66 “was put on the ballot after 62 … by the opposition,” said Zamora. “And it was meant to confuse voters. At the end of the day, we’ll never know how many voters cast a ballot against their own views.”

One post-election poll showed that 47 percent of those surveyed were confused about Proposition 66 – more than any other of the unusually large number of propositions on the ballot.

Proposition 66 passed, but faces pending litigation, on the grounds that it removes the courts’ authority to rule on cases after a death sentence is decided.

The campaign against abolishing the death penalty in California’s vote did not respond to an interview request.

The District Attorney for California’s San Bernadino County, Michael Ramos, was a co-chair of the “No on Prop 62, Yes on Prop 66” campaign. Ramos’s staff said he’d accepted an interview request from Al Jazeera, but he then could not be reached for the interview in question.

Despite the votes in November, Zamora is confident that the US is “continuing to move on a consistent trajectory away from the death penalty”.

“The steady decline in the use of the death penalty in the USA is a sign of hope for activists who have long campaigned for an end to capital punishment,” said Salil Shetty, Amnesty International’s secretary general, in a statement coinciding with the report. “The debate is clearly shifting. Politicians should steer clear of the ugly ‘tough on crime’ rhetoric that helped drive a spike in executions in the 1980s and 1990s. The death penalty is not going to make anyone any safer.”

“I think America is in the midst of a major climate change concerning capital punishment. There may be fits and starts and occasional steps backward, but the long-term trend remains clear, and that trend is moving away from capital punishment.” 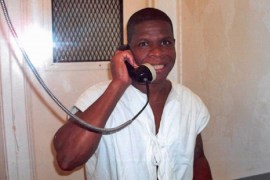 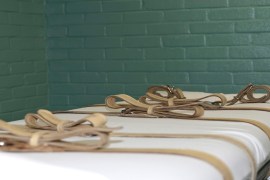 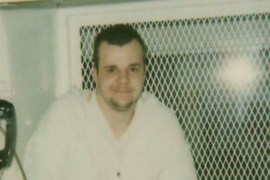