Kharbata, Occupied West Bank – Tawfiq Abu Hadawa, 78, sits behind a sturdy desk, surrounded by the trappings of a life in local government. As the head of Kharbata Bani Harith village council, he eagerly recalls his previous life as a farmer.

“In the winter, we planted wheat and barley. In the summer, we gathered the crops. For the rest of the year, we used it for cattle,” he says.

Abu Hadawa had inherited 15 dunams, or 1.5 hectares, of agricultural land from his grandfather to the west of the village. But in the early 2000s, Abu Hadawa lost access to the land, when Israel began construction of the separation wall in the occupied West Bank. The section of the wall close to Kharbata village was completed in 2005 and Abu Hadawa has not returned to the land since then.

The council chief is among hundreds of Palestinians from the village and neighbouring villages prevented from using their inherited lands over the past three decades when parts of the villages’ lands were contentiously seized by Israel as state property. Kharbata and its neighbouring Palestinian villages are among the 16 councils that have petitioned the Israeli Supreme Court against the so-called “regulation law”.

Passed in February, the law would retroactively legalise Israeli settlements built without permits on privately owned Palestinian land in the occupied West Bank.

In the early 90s, the Israeli settlement of Modiin Illit was unlawfully established on the site, partially within the declared state land, but which has encroached on to land that is privately owned by Palestinians.

According to the regulation law, Palestinian landowners would remain the owners of the land but would not be granted any usage rights. Instead they would be offered two compensatory options; either they would be given an alternative plot of land or they would be paid an annual usage payment up to 125 percent of the land’s value, for renewable periods of 20 years.

Raif Yousef, a Kharbata resident whose family owns 6.5 hectares of land beyond the separation barrier, told Al Jazeera that these options were risible and that he would not agree to leasing the land or giving it up.

“It is completely unacceptable. Renting a land is the same as selling it. We can never consider approving a law like that because once Israeli settlers rent the land, they will never leave it,” he said.

The law passed through the Israeli parliament fairly comfortably amid intense pressure from the settler lobby, despite being criticised by senior politicians including Israel’s Prime Minister Benjamin Netanyahu. The Israeli attorney general, Avichai Mandelblit, said it violated Israeli and international law, and that he would not be able to defend it against a legal challenge.

A coalition of Israeli and Palestinian human rights groups filed a Supreme Court petition against the law in February, arguing that it violated property rights of Palestinian in the occupied West Bank and the diaspora, as well as violating international law and the December 2016 UN Security Council resolution concerning settlements in the occupied Palestinian territory.

Suleiman Shaheen, a lawyer at the Jerusalem Legal Aid and Human Rights Centre, one of the rights groups that filed the petition, said it breached rights and that the Israeli parliament had no jurisdiction to legislate civil law in occupied territory.

“It gravely breaches basic standards of international humanitarian law. It is meant to confiscate private lands that were trespassed upon by settlers, not only within settlements, but also a large scope of private lands in Area C,” he said.

It could take up to a year of court hearings before a final decision is made on the legality of the law, and the process remains in its early stages, as both sides prepare to present written arguments to the court in the coming weeks.

Given Mandelblit’s reluctance to defend the law in court, the Israeli government hired a private lawyer to argue its position. While the attorney general’s rejection of the law could make it more likely to be declared illegal, Shaheen was not confident of winning the case, citing the strength of the settler lobby in Israel.

“The court is under pressure,” he said. “The court realises that whatever its decision will be, if it declares the law illegal, then the political right wing in Israel will attack the court and try to attack its public legitimacy.”
Shaheen told Al Jazeera that even if the law were to be overturned, it would only mark a small victory for Palestinians who have lost lands through various Israeli legal mechanisms.

“If it is declared illegal, it does not mean that the judicial system in Israel is not a full partner of the settlement project, taking over land in Area C and eliminating any chance of a Palestinian state,” said Shaheen. 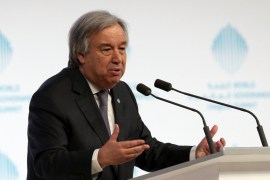 International effort to re-ignite moribund talks between Israelis and Palestinians under way in French capital. 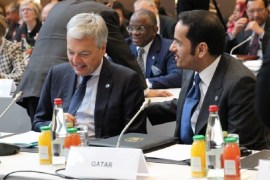 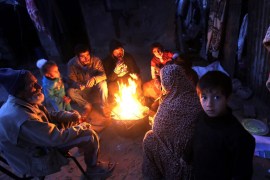