By Coen van de Ven
Correction13 Mar 2017
An earlier version of this article stated that Wilders is predicted to win a quarter of the seats in parliament. Polls now show it's closer to almost one-fifth. This story has been updated to reflect this.

As the Dutch parliamentary election edges closer, traditional parties fear a victory by Geert Wilders and his far-right Party for Freedom (PVV). But attempts by these parties to win back voters only seem to have strengthened Wilders’ nationalism.

There are only a few days left until the Dutch cast their votes. Many are still in doubt, but a steady group of angry voters have already made up their minds. They will vote for Geert Wilders and his PVV. Of the 150 seats that the parliament offers, Wilders is predicted to win almost a fifth of them, a huge gain in a parliamentary system that is built for 12 to 15 parties.

A ban on migration from Muslim countries, closing all Dutch mosques and a ban on the Quran are just some of the controversial commitments that the far-right politician has made in his one-page manifesto for the upcoming Dutch elections.

“Those foreigners think that we have always been this rich,” says Janine, a retired cleaning lady who says she will vote for Wilders next week. “But many here were penniless. Can you imagine how frustrating it is to see that newcomers get everything?”

Janine left her neighbourhood in Amsterdam a few years ago after migrants moved in. “I do want to speak with others, but it doesn’t work with those people. Maybe not all of them, but the ones I met should all go back to their own country,” she says.

Dutch political and public discourse has been dominated by questions of national identity and immigration, primarily related to Islam, explains Cas Mudde, a specialist in European populism from the University of Georgia. “Wilders is more a catalyst than a cause of this. Surveys show that the Dutch support many of the right-wing issues, but they are not more right-wing than several neighbouring countries.”

And neighbouring countries will be following the Dutch ballot closely as it will be one of many European elections this year in which populism may prevail. Larger countries such as France and Germany are next. If Wilders does win, it will strengthen the already dominant narrative in the European media that the status quo is embattled and that “the populist parties are the voice of the people,” says Mudde.

“People should solve their own misery elsewhere, why do they have to come here?” Janine asks.

Peter, a young cafe owner who says he will vote for Wilders, agrees: “I pay a few thousand euros in taxes every month. I have to give all that money to the Dutch state, so why don’t we keep it within the Dutch state? We should stop giving it away all the time. We can use some more nationalism in that sense.”

The cafe owner and Janine are just two of the 64 people that were interviewed by Koen Damhuis, a Dutch sociologist at the European University Institute in Florence, who made it his mission to speak with Wilders’ voters. Last month, he published his findings from 165 hours of interviews in his new book, Ways to Wilders.

“Most surprising to me was the diversity within Wilders’ constituency,” Damhuis explains. “I’ve seen every corner of the Netherlands during this project and, on first sight, it seemed impossible to generalise this big group.”

But Damhuis succeeded and has now divided Wilders’ voters into three main categories: the ones who feel that they don’t get enough, the ones who feel they have already paid too much and those – the smallest group – who are ideologically motivated and fear a loss of Dutch culture and sovereignty. “The last group is closest to Wilders himself,” he says.

It is unique, Damhuis says, that the first two groups are part of the same electorate, as they have traditionally been pitched against each other: the poor, who used to vote for left-wing parties, and wealthier people, who typically voted more right-wing. “What those groups share today is a fear that people who are entering the system do not deserve entrance. A phenomenon that we call ‘violated reciprocity’,” the sociologist explains.

This coincides with a fundamental shift in the Dutch political landscape. Political parties used to be divided economically: left-wing parties were always in favour of a strong social government while right-wing parties preferred a rather modest administration with more space for free-market solutions. “Today, we see that the dominant dichotomy has become globalism versus nationalism,” says Ewald Engelen, a professor at the University of Amsterdam.

According to Damhuis, it is precisely this change in political thinking that has confused the traditional parties. “Some of them haven’t decided yet how they want to position themselves,” Damhuis says. Labour, for example, is split between those who believe in internationalism and those who advocate for safeguarding the national welfare state. “They are visibly confused.”

In an effort to win back people like Janine and Peter, a stronger emphasis on national identity and a more reluctant stance towards migrants and globalism has been visible in the campaigns of the traditional parties – the centre-right liberal VVD, Christian democratic CDA and social democratic PvdA – that had led Dutch politics for decades.

“We feel a growing discomfort when people abuse our freedom to cause havoc, while they came to our country because of this freedom,” wrote Mark Rutte, the prime minister and leader of the centre-right liberal party, the VVD, at the beginning of this year in a public letter addressed to ‘all the Dutch people’.

“Act normal or get out” was his main message. According to Rutte, not acting normal includes “refusing to shake hands” and “accusing normal citizens as racists”.

According to the Christian Democratic Party (CDA), the Netherlands is suffering from a moral crisis. They have proposed a tougher stance on migration, reintroducing conscription and singing the national anthem more often as solutions to this crisis.

“It is a clear form of nationalism,” says Meindert Fennema, a professor of political theory and the author of a book on the rise of Geert Wilders. “Just as Wilders, they make the presumption that there is one nation with one common view. That’s a totalitarian thought and, just as with the other traditional parties, a way of presenting yourself as PVV-light.”

Even the centre-left Labour Party (PvdA) has adopted a nationalistic approach, Engelen says. “Which they thinly disguise with a term like ‘patriotism’.”

The new Labour leader and current deputy prime minister Lodewijk Asscher, wrote – just as Rutte did – a public letter in which he called upon his Social Democratic colleagues in Europe to take a stance of “progressive patriotism”. According to Asscher, this is an alternative to “the politics that ridicules or even throws suspicion on the longing for community or national identity”. The left-wing politician’s most important “patriotic proposal” was to restrict labour migration within the European Union.

Freedom of movement of workers is a cornerstone of the European Union, but has aggravated many Dutch blue-collar workers who make up the traditional electoral heartland of the social democrats. “A man like my father has been fired because a Polish labourer was cheaper,” says a young delivery man from the city of Rotterdam, who voted for Wilders in the last elections. “We should close our borders. Our own lower educated people should get those jobs.”

Adopting nationalist rhetoric to drag disillusioned voters away from the PVV is a political strategy often referred to as “taking the wind out of Wilders’ sails”, but after years of practising this method, it seems that Wilders’ competitors have only blown more wind into those sails. “Of course, it doesn’t work,” says Engelen. “Why would you vote for the weaker extract of the real thing? If all the parties make migration and national identity the most important issue, but present a weaker version of it than the PVV does, that doesn’t work.”

Mudde agrees, saying that adopting Wilders’ rhetoric may bring some short-term gains, but it only serves Wilders in the end. “And inflict[s] lasting damage on liberal democracy in the long run.” The same goes for parties that present themselves too strongly as the “anti-Wilders party”, a strategy that has been tried by smaller progressive parties such as the Greens (GroenLinks) and the Social-Liberals (D66).

Copying the populist message of Wilders has another nasty side effect: while the political landscape moves towards him, he moves even further to the right. “It’s remarkable to see that what the PVV said years ago is now propagated by other parties,” says Fennema. “He gets more extreme.”

The only thing a party can do, according to the different political experts, is to stay close to their own ideology and adopt a strong narrative that is not defeatist and doesn’t radiate confusion about their own beliefs. But Engelen is pessimistic about the chances of political parties adopting such a strategy: “All the major parties in the Netherlands have lost their ideological roots. They turned into parties of pragmatic administrators who are affected by every wave of populism that comes by, rather than being ideologically inspired.”

The best way of defeating Wilders would be giving him the responsibility to lead the country, Damhuis thinks. “He has made many promises that are impossible to combine with our political system, which is based on coalitions. If he finds partners to cooperate, it will most likely be right-wing parties. Many left-wing promises regarding the welfare state would, therefore, be difficult to realise.”

Janine, however, would like to see how it turns out. “This man has been doing this for years, with a lot of bodyguards around him. That must mean something right?” Janine says. “I admire that. It makes me believe that it’s not just talk. Or at least, that’s what I hope.”

Most of the parties have out ruled cooperation with the politician, making it almost impossible for Wilders to form a government, even if the PVV becomes the largest party. “He is probably very happy with that because it strengthens his image as an outsider,” Fennema says.

Besides, Geert Wilders has already shown that he doesn’t need to be part of a government to steer the Netherlands in his own nationalist direction. “Even if he doesn’t win as a person, his views and ideas will,” Damhuis reflects. 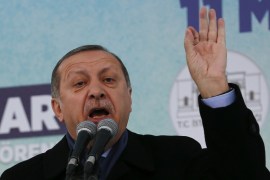 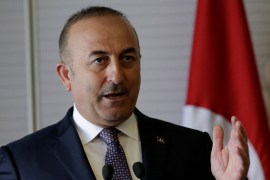 Foreign Minister Cavusoglu says he will go to Rotterdam in support of referendum, despite Dutch ban on public speeches. 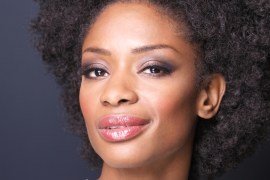 Sylvana Simons: Racism is accepted in the Netherlands

In a country that prides itself on its supposed inclusiveness, a new political party exposes racism in Dutch society.