Unlike wealthy individuals that fund charities in their names, Edhi dedicated his life to the poor from the age of 20, when he himself was penniless in Karachi.

The reach of Edhi’s foundation grew internationally, and in 2005 the organisation raised $100,000 in aid relief for the victims of  Hurricane Katrina.

Edhi was born before partition in Bantva, Gujarat, India on February 28, 1928.

He died last year in Karachi of renal failure.  He was offered treatment abroad,  but insisted on being treated in a government hospital at home.

The Edhi Foundation’s slogan is: “Live and help live”.

Today would have been his 89th birthday.

In his honour, Google changed its logo in the United States; Iceland; Portugal; Australia; New Zealand; Japan; Estonia; the UK; Denmark; Ireland and Pakistan to a doodle, or illustration, of Edhi.

“In celebration of Abdul Sattar Edhi, let’s all lend a hand to someone in need today,” it said.

The technology giant’s team has created more than 2,000 doodles for homepages around the world. Among those recently celebrated are  Pramoedya Ananta Toer,  Fred Korematsu and Edmonia Lewis.

“The doodle selection process aims to celebrate interesting events and anniversaries that reflect Google’s personality and love for innovation,” the company says.

‘No religion higher than humanity’

With more than 1,800 ambulances stationed across Pakistan, the Edhi Foundation is Pakistan’s  largest welfare organisation.  In 1997, the foundation entered the Guinness World Records as the “largest volunteer ambulance organisation”.

If you call 115 in the South Asian nation, the Edhi Foundation will answer.

People have become educated, but have yet to become human

In his words, at the start of his work, Edhi “begged for donations” and “people gave”.

This allowed him to convert a tiny room into a medical dispensary.  He also bought an ambulance that he himself drove around.

Raising more donations and  enlisting medical students as volunteers, his humanitarian reach expanded across the country.

It also helps in the burials of unidentified bodies.

There are cradles for “unwanted babies” outside Edhi emergency centres.

Throughout his life, Edhi emphasised the humanitarian, rather than religious, motivation for his work.

His foundation receives “zakat” (Islamic charity) donations, which he used to help Muslims, Christians and Hindus.

Asked why he helped non-Muslims, he said: “Because my ambulance is more Muslim than you.”

He also famously lamented: “People have become educated … but have yet to become human.”

When he died,  Prime Minister Nawaz Sharif said:  “Edhi was the real manifestation of love for those who are socially vulnerable, impoverished, helpless and poor. We have lost a great servant of humanity.”

Throughout his life and after he died, many questioned why Edhi never received the Nobel Peace Prize.

After the nominations in 2014, the hashtag  #NobelPrizeforEdhi was created; many said he should have been recognised instead of Malala Yousafzai, who is also from Pakistan.

In an interview with the Express Tribune newspaper, Edhi said: “I don’t care about it. The Nobel Prize doesn’t mean anything to me. I want these people, I want humanity.”

In that same interview, he recalled an incident that he would never forget.

“There was a woman who committed suicide by jumping into the sea along with her six children,” he said. “I was really saddened while giving them ‘ghusal‘ (Islamic washing ritual after death) as part of the funeral rituals.”

According to Pakistan’s Nation newspaper, the State Bank of Pakistan will next month issue a commemorative coin of Rs50 in memory of Edhi. 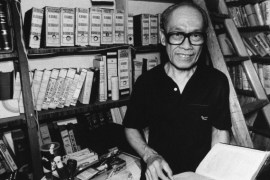 Pramoedya Ananta Toer: Why you should know him

One of Indonesia’s greatest authors, who long fought for freedom of speech, spent most of his adult life in jail. 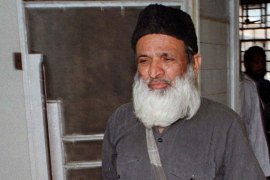 The legendary philanthropist set up the world’s biggest volunteer ambulance network and helped save thousands of lives. 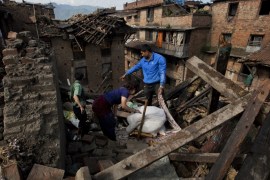 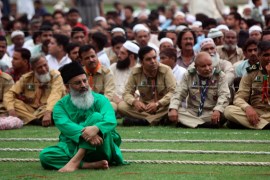 The racist roots of the US police