Ramallah – The five biggest European pension funds are conflicting with their governments’ official policies by investing in companies that do business in illegal Israeli settlements, analysts say.

“If their citizens and their companies are directly undermining their governments’ foreign policy commitment to a two-state solution, is it not therefore incumbent on these governments to explore ways to either better regulate their own companies or to ensure that the law as it is, and domestic legislation, is adequately enforced?” asked Hugh Lovatt, a policy fellow and Israel/Palestine project coordinator at the European Council on Foreign Relations.

His remarks come after a new report revealed that Europe’s five largest pension funds have more than $8bn invested in companies that do business in illegal settlements.

An investigation by the Danish media outlet Danwatch found that pension funds in Norway, Denmark, Sweden and the Netherlands have billions of euros invested in 36 companies involved in settlements in the occupied West Bank and East Jerusalem.

Illegal Israeli settlements have stunted the Palestinian economy and are deemed to be a major obstacle to a two-state solution. In a United Nations Security Council resolution passed in December 2016, Israeli settlements were denounced as a “flagrant violation of international law”.

European foreign policy on Israel/Palestine is based on the two-state solution and the applicability of international law in the occupied Palestinian territories, Lovatt noted. A number of European Union member states have issued advisories to businesses warning against the financial, legal and reputational risks associated with dealing with Israeli entities involved in settlement activities.

“There is this issue of a possible violation of international law. This is the general issue about providing material assistance in support of Israel’s unlawful activities, which is a pretty clear-cut case of assisting in the violation of the Geneva Convention and other unlawful practices,” Lovatt told Al Jazeera.

The Danwatch list of companies consists of Israeli and international publicly-traded companies with activities in the occupied territories, including those in the security, communications, financial and construction sectors.

The 36 companies on our list are not in compliance with UN guidelines because they contribute in varying degrees to a negative impact on the human rights of Palestinians.

“The 36 companies on our list are not in compliance with UN guidelines because they contribute in varying degrees to a negative impact on the human rights of Palestinians,” Mikkel Bahl, a journalist who worked on the investigation, told Al Jazeera.

In its Guiding Principles on Business and Human Rights, the UN sets out corporate responsibility guidelines, stating that businesses should avoid infringing on the human rights of others and address instances where they are involved in harming human rights.

“These pension funds all have policies for responsible investments on their websites, where they refer to UN and [Organisation for Economic Co-operation and Development] guidelines,” Bahl said.

“They tell their customers that they follow these international guidelines and make sure that they don’t contribute to a negative effect on human rights.”

The biggest investor named in the investigation is the Norwegian government’s pension fund, Statens Pensjonsfond Utland, which has 5.2bn euros ($5.6bn) in investments spread across all of the companies listed.

Two Dutch funds, Stichting Pensioenfonds ABP and Pensioenfonds Zorg en Welzijn, both have multimillion-dollar investments in a number of companies, including Caterpillar, which supplies bulldozers that are used to demolish Palestinian homes in the occupied territories.

Swedish fund, Alecta Pensionsforsakring, has investments in a single company on the list, Volvo Group, whose excavators are used in demolitions of Palestinian property. Volvo also partly owns the Israeli bus-maker Merkavim, which supplies armoured buses used on roads in the occupied territories.

Finally, the Danish fund, Arbejdsmarkedets Tillaegspension (ATP), has investments in Priceline Group Inc, which owns Booking.com, a travel portal that allows the booking of hotel rooms in Israeli settlements in the West Bank, and Siemens, which has delivered a traffic control system for Israeli roads in the West Bank.

Asked to respond to the Danwatch report, Stichting Pensioenfonds ABP noted that in the coming years, it would “re-evaluate and decide which listed companies make for responsible and sustainable investments and will therefore be included in its investment portfolio”.

Pensioenfonds Zorg en Welzijn told Al Jazeera in a statement that “of all the companies in which we invest, we require that they comply with internationally agreed standards when it comes to the environment, social conditions and human rights”, without specifically addressing how the issue of support for Israeli settlements fits into that assessment.

NBIM, which administers the Statens Pensjonsfond Utland fund, noted that some companies in the region were excluded from the fund “due to serious violations of individuals’ rights in a situation of war or conflict”, but did not specifically comment on the companies named by Danwatch, which were not on a provided list of exclusions.

Alecta declined to comment, while ATP said that after the Danwatch report, it had investigated the specifics of the two companies in which it was investing, and did not find their activities to be of a controversial nature.

The UN Human Rights Council announced in 2016 that it would establish a list of named companies doing business in the occupied territories. The database, expected to be published later this year, could be referenced by any organisation investing in entities that might be involved in the occupation of Palestinian land.

“That raises the bar in terms of obligations because, for governments, you have a number of Security Council resolutions and other things that actually speak much more to the responsibility of third-party states,” Lovatt said. 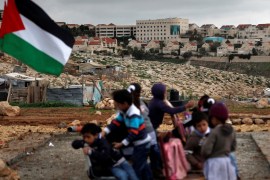 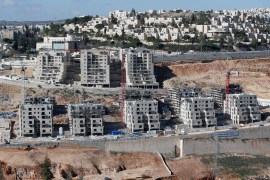