Tehran – The fate of the diplomatic channel between Iran and the United States, established for the first time in four decades during the nuclear deal negations in 2015, is fraught with uncertainty, according to a former senior Iranian diplomat.

“The fate of the direct diplomatic channel absolutely depends on the new US government, the rhetoric they will use and actions they will take,” said Sadegh Kharazi, who served twice as Iran’s deputy foreign minister and the head of its UN mission from 1989 to 1995.

“Should such belligerent, anti-Iran rhetoric continue, the channel will be history,” Kharazi, who is known to be a foreign policy heavyweight in Tehran, told Al Jazeera.

Iran and the United States have engaged in tit-for-tat exchanges since US President Donald Trump signed an executive order on January 27 banning nationals temporarily from seven Muslim-majority nations from entering the United States. Iran was among those countries.

On Friday, hundreds of thousands of Iranians rallied on the anniversary of the country’s 1979 Islamic Revolution, that toppled the US-backed Shah Mohammad Reza Pahlavi, carrying “Death to America” banners and effigies of Trump.

Concerns about the fate of the Iran nuclear deal under Trump, who threatened to scrap it during the campaign trail, has increased tension in Tehran.

Should Trump make good on his campaign slogan of scrapping the hard-won Iran deal, it will most likely further escalate tensions and destabilise the already volatile region, warned the Iranian diplomat.

“It is in the full interest of the Trump administration to keep the deal alive and working. Iran’s options in the face of collapsing the deal are multiple and will go beyond lobbying through its allies.”

Kharazi, who was Iran’s ambassador to France from 2002 to 2006 and served as an adviser to former reformist President Mohammad Khatami, believes that scrapping the nuclear deal is not going to happen given the current consensus among Europeans to uphold it.

“Renegotiating the deal is neither possible nor doable under current circumstances. Europeans won’t support it no matter how adamant the Trump administration would be on that,” Kharazi said.

Last month, the chair of the US Senate Foreign Relations Committee, Bob Corker, told reporters that abrupt rejection of the Iran nuclear deal by the Trump administration could create “a crisis” and that he did not expect such an approach.

According to Iranian President Hassan Rouhani, the nuclear deal between Iran and world powers was “a win-win accord” that can be used as a stepping stone to defuse tension in the region.

“This is a win-win agreement. Everyone benefits from it … The nuclear negotiations can be used as an example for other talks to bring stability and security to the region,” said Rouhani.

Kharazi pointed out that the view from Tehran is that the danger posed by neo-conservatives in Trump’s administration is very serious and that “Iranians are vigilantly watching the developments.

“It should be noted that today’s Iran is quite different from that of a decade ago. I mean the era of the Bush administration,” said Kharazi. Today, he added, Iran “is the most stable country in the most unstable region.

“I am confident that Trump will begin to realise this fact very soon and will take into consideration the reality of Iran in his setting of Middle East policies.”

“However, the stakes are high in the complex world of international relations, and Trump’s lack of administrative and foreign policy experience can trigger and escalate tensions with Iran.”

The veteran Iranian diplomat believes that Trump’s presidency offers both threats and opportunities to Iran’s foreign policy and national security.

“Trump’s long business record has potentially made him a deal broker which is essential in international relations. I believe this war of words and harsh rhetoric will be ebbed to a considerable extent,” says Kharazi, noting that “a businessman’s pragmatism may take over his emotional populist rhetoric in the next few months.” 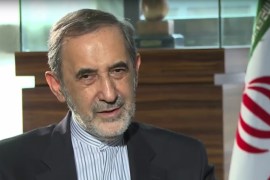 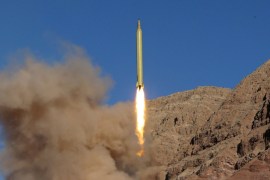 Terhan says the aim of the manoeuvres is to show ‘complete preparedness’ to deal with US threats and sanctions. 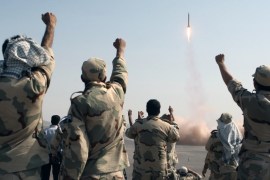