A Saudi prince spent $450.3m on Leonardo da Vinci’s portrait of Jesus Christ at a New York auction last month and it will be exhibited at the new branch of the Louvre in Abu Dhabi.

Da Vinci’s Salvator Mundi became the most expensive painting ever sold and The New York Times reported on Wednesday that it was purchased by Prince Bader bin Abdullah bin Mohammed bin Farhan al-Saud, according to documents it reviewed.

The Times said Bader is “a friend and associate” of Saudi Arabia’s Crown Prince Mohammed bin Salman, who last month launched an alleged corruption crackdown that has led to the detention of several princes and dozens of senior government officials and prominent businessmen.

Critics have denounced Prince Salman’s move as a purge of potential rivals. The Saudi government has said it is seeking the return of $100bn in ill-gotten wealth.

Bader’s purchase of the Christ portrait could potentially upset conservative clerics in the Muslim country, the Times report noted.

The highest price ever paid for a work of art at auction had been $179.4m for Pablo Picasso’s painting Women of Algiers (Version O).

The highest known sale price for any artwork had been $300m for Willem de Kooning’s painting Interchange.

Abu Dhabi – whose leader has close ties to Prince Salman – opened its Louvre last month, positioning itself as a city of cultural tourism with a display of hundreds of artworks. 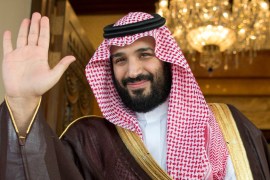 Bin Salman and the end of Saudi’s consensus rule 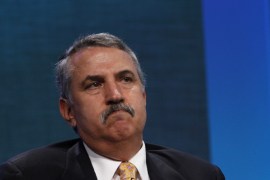 Muhammad bin Salman, Jared Kushner and Thomas Friedman are all integral to a bad cartoon show we are forced to watch.