Was Saturday a “Red Wedding” moment for the Kingdom of Saudi Arabia? As the plot thickens in Riyadh, here’s a roundup of the chatter on the streets.

It started off with the resignation of Lebanese Prime Minister Saad Hariri, a clearly orchestrated move produced and executed by his paymasters in Riyadh.

Hariri announced on a Saudi-owned channel from the Saudi capital that he was resigning his post in protest at foreign intervention in Lebanon‘s domestic affairs. The irony was lost on him.

The ostensible reason he gave, as he invoked his late father’s name, was that he too is threatened with assassination.

As the day turned into evening, there were reports of explosions being heard close to the King Khalid International Airport in Riyadh. It transpired that Houthi rebels (linked to Iran and allied with former President Ali Abdullah Saleh, who is partially linked to the United Arab Emirates) had fired at least one ballistic missile from Yemen towards Riyadh. It put an exclamation point on the fact that the war in Yemen is far from over – more than two years since Saudi Arabia launched operation “Decisive Storm”.

As the clock inched to midnight another bombshell was dropped, this time by the Saudis: A royal decree ordering the arrest of several princes, billionaires, and notable figures, as well as the sacking of senior government officials. Some were the sons of the late King Abdullah. One was the head of the Saudi National Guard.

All three of these developments will have seismic implications, not just in Saudi Arabia, but in the region and beyond.

The resignation of Hariri, or sacking by his Saudi sponsors, should sound the alarm bells for any government that doesn’t want to see another war erupt in the region.

A lot of chatter involved Israel. It’s no secret that Israel has been conducting military exercises on its northern front for several months now. While Hezbollah has been busy helping prop up the Assad regime in Damascus, Tel Aviv has been developing its missile defence systems. Sooner or later, it will want to test those in real-life scenarios, as the logic would have it.

Forcing Hariri to quit the government would help Israel frame any aggression against Lebanon as an attack on Iranian proxies. With Gaza politically neutralised for now, following Hamas‘ handover of power to the Palestinian Authority, Israel could very well see this as an optimal time to attack. Such an attack would also provide a perfect opportunity for the West to test the new Saudi leadership’s “moderate” credentials: Would it cheer Israel on?

In Yemen, the war has cost the Saudi economy hundreds of millions of dollars. This war, launched by Crown Prince Mohammed bin Salman to restore Sanaa’s legitimate government and put Iran in check, has failed to do either. But it has succeeded in killing thousands of innocent people, displacing millions, and helping Tehran position itself as the defender of the oppressed in the Middle East.

The targeting of Riyadh could push the young prince to be even more reckless and destructive in his ongoing expedition in Yemen.

What’s not so clear is the motive behind the mass arrests and sackings that took place in the wee hours of Sunday morning. Removing the head of the National Guard and a one-time contender to the throne is an obvious play to consolidate power by bin Salman.

However, what’s more puzzling is the detention of billionaire prince Alwaleed bin Talal. On paper, bin Talal and bin Salman are a match made in heaven: Both want to transform Saudi Arabia into a “secular” society, both detest the idea of democracy and liberalism, and both are equally willing to hand over the Kingdom’s wealth and sovereignty to the United States.

Earlier I spoke to a contact who used to work for the billionaire prince. He told me that a possible reason for his detention was Alwaleed’s refusal to put up money to help prop up Saudi’s staggering economy. The message from bin Salman to the country’s wealthy elite is: Pay up or get locked up.

In the Saudi version of Game of Thobes, the 32-year-old bin Salman shows that he is willing to throw the entire region into jeopardy to wear the royal gown. His actions have already all but destroyed the Gulf Cooperation Council (GCC); Yemen can no longer be referred to as a functioning state; Egypt is a ticking time bomb; and now Lebanon may erupt. There’s a lot to worry about. 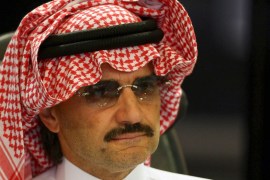 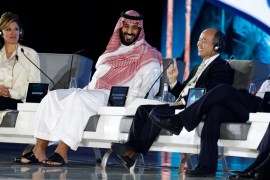 Mohammad bin Salman says the country will be ‘open to all religions’ and eradicate ‘extremist thoughts’.