The UN-established International Tribunal for the former Yugoslavia, better known by its acronym, ICTY, sentenced former General Ratko Mladic to life in jail. Mladic, the former army chief of Bosnian Serbs, has since 1992 symbolised the worst that human beings are capable of.

As a Bosnian Muslim (Bosniak) who was forced to flee Sarajevo from the onslaught of marauding Serb soldiers, I feel no satisfaction with the verdict whatsoever. Many fellow Bosnian Muslims would agree. The reason is simple: though Mladic will spend the rest of his life behind bars, his idea lives on and the Serb-only statelet that he and Radovan Karadzic fought for is now a reality. It is a legal part of Bosnia and Herzegovina, highly autonomous, makes up 49 percent of Bosnia’s territory, and has been threatening to secede and join neighbouring Serbia for the past 10 years.

Bosnian Serb leaders Ratko Mladic and Karadzic, with overt political, military and financial support of neighbouring Serbia, led a military campaign to forcefully rid significant areas of Bosnia and Herzegovina of hundreds of thousands of Bosnian Muslims.

They knew exactly what they were doing from the very start.

In October of that year, seeing that Yugoslavia (where Serbs dominated in politics) was breaking up, and emboldened by rising nationalism among the masses and an ever-assertive Orthodox church, the Bosnian Serb leadership (in coordination with Belgrade) decided to embark on establishing its centuries-old idea of having an ethnically pure “Greater Serbia”. This would include significant parts of Bosnia and Herzegovina, where Serbs constituted considerable numbers.

In order to carry out their plan, they established illegal parallel political institutions known as “Serb Autonomous Regions”, which were tasked with implementing the Serbian Democratic Party’s (SDS) notorious genocidal policies on a local level. In August 1991, the SDS, Karadzic’s party, began boycotting Bosnian state presidency meetings, and, by October, it had removed all its deputies from the Bosnian parliament and set up its own “Assembly of the Serbian People of Bosnia and Herzegovina”, first in Sarajevo, then in Pale.

Having parallel political institutions on the local and state level, along with the already Serb-dominated police force, Bosnian Serbs embarked on their plan. In May 1992, Karadzic presented to his fellow Bosnian Serb politicians in the Serb Assembly of Bosnia and Herzegovina a document titled “Six Strategic Goals of the Serbian People in Bosnia and Herzegovina”. One of their strategic goals was, in their own words, the “separation from other ethnic groups on the territory rightly claimed by Serbs, by force if necessary”.

For such a radical plan to be implemented in an ethnically mixed country, with its capital, Sarajevo, having the highest percentage of inter-ethnic marriages in former Yugoslavia, it could only mean one thing – utterly destroying the Muslim and Croat populations, either through killings or mass expulsions. Mladic stood up, not to disagree, but rather to make sure the entire Bosnian Serb leadership was on the same page.

”We cannot [ethnically] cleanse, we don’t have a sieve to sift so that only Serbs can stay, and others leave,” he said. “I don’t know how Mr Karadzic and Mr Krajisnik will explain this to the world. This is genocide, people.”

Everyone present agreed this was the way forward.

Having the necessary political backing, the self-proclaimed Army of the Serb Republic, as well as Serb police forces, proceeded to implement their plan.

What took place over the following four years was a systematic campaign of death, terror, and destruction straight out of the Nazi handbook. Bosnian Muslim women were systematically raped, as was well documented by the UN during the war. Muslim men and young boys were locked up in concentration camps such as Omarska, Trnopolje, and Keraterm.

Ed Vulliamy from the Observer was one of the first western journalists to discover Serb-run concentration camps. Here is how he described what he saw: ”…the bones of their elbows and wrists protrude like pieces of jagged stone from the pencil-thin stalks to which their arms have been reduced. Their skin is putrefied, the complexions … have corroded. [They] are alive but decomposed, debased, degraded, and utterly subservient, and yet they fix their huge hollow eyes on us with [what] looks like blades of knives”.

In the town of Visegrad in eastern Bosnia, so many Muslim men were slaughtered and tossed off the beautiful Ottoman-era bridge into Drina river that Milan Josipovic, then a Visegrad police inspector, received a macabre complaint from the manager of a nearby hydroelectric plant, asking whoever was responsible to please slow down tossing dead Muslims into the river as they were clogging up the culverts in his dam. Muslim houses in areas under Serb military control were burned to the ground, so they would have nowhere to return after the war. Those who did return after 1995 were attacked, threatened, and their mosque vandalised. Such a policy continues to this day.

Under Mladic’s policy of spreading death and terror, Sarajevo was shelled for nearly four years while the Bosnian towns of Trebinje, Foca, Prijedor, Banja Luka, and Visegrad were ethnically cleansed of their non-Serb populations. Mladic’s forces stand accused of killing more than 100,000 people, mostly Bosnian Muslims, between 1992 and 1995, and raping more than 20,000 Muslim women.

The war in Bosnia and Herzegovina, waged against Bosnia’s multiethnic but predominantly Muslim government, ended with the signing of the Dayton Agreement in the United States, which effectively divided the country into two autonomous political entities: the Bosniak-Croat “Federation” and the ”Serb Republic” for Bosnian Serbs.

After Karadzic was sentenced to 40 years in jail last year, for genocide and crimes against humanity carried out against Bosnian Muslims, former General Mladic is the highest-ranking military leader to be imprisoned for the same crimes. This means that two of the highest-ranking Bosnian Serb leaders, who are credited with establishing the Serb Republic, have been found guilty by a UN-established court of committing the worst of crimes against humanity.

This falls in line with the existing Bosnian Muslims’ stance that the autonomous Serb Republic was created through genocide and as such has no legitimacy.

Mladic has systematically denied all charges levied against him, describing them as “obnoxious” since his first appearance in court in 2011. He claims to have been defending Bosnia’s Serbs against ”radical” Muslims.

Will such a verdict change anything in Bosnia and Herzegovina?

Hardly so. Take Visegrad as an example. Before the war, there were more than 13,000 Bosnian Muslims living in that eastern Bosnian town. Today, less than 1,000, mostly elderly, Muslims remain. Only 7.69 percent of the prewar Muslim population returned to live in Visegrad. Once these Bosnian Muslim men and women, now in their 60s, 70s, and 80s pass away, hardly any Muslims will be left in Visegrad.

Almir Salihovic, a Bosnian Muslim who fled marauding Serb soldiers from Srebrenica in 1995 and returned to the town in 2014, speaking of the Mladic verdict told Reuters: “For most Serbs he will remain a hero, for others he will be the butcher and criminal, and we will continue to live in our folds, side by side, not together.”

The Bosnian Serb political idea of creating an ”ethnically pure” Serb statelet has been a success. So no verdict, no matter how harsh, will change facts on the ground. Bosnian Serbs achieved what they envisioned in the 1990s. 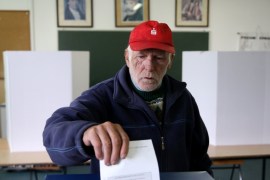 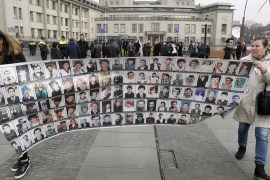