New Delhi, India – Bollywood movie Padmavati is at the centre of a political storm in India after protests from the dominant Rajput caste group in the western state of Rajasthan.

Facing an election next year, the state government, led by right-wing Bharatiya Janata Party (BJP), has thrown its weight behind the caste group that holds considerable political and social clout.

Some legislators have requested that the federal government ban the film, while the main opposition, Congress party, has been equivocal in its stand.

Rajput groups, like the Karni Sena (Karni Army), do not want the film in theatres, alleging the film might distort historical facts about the Rajput community.

“You see, this is a matter concerning our asmita [honour], we can’t let anyone besmirch our honour,” Karni Sena spokesperson Vijendra Singh Kalyanvat told Al Jazeera.

“Alauddin Khilji was a looter, a tyrant, a terrorist. Our queen, Rani Padmini, embraced jauhar [self-immolation] to restore dignity and pride of the community.

“We won’t let some filmmaker with foreign funding to make a film that shames us, Karni Sena will never let that happen. The film has to be banned,” Kalyanvat told Al Jazeera without providing any proof of his allegations about the film’s funding.

But historians point out that the protagonist, Padmini, portrayed in the film is a fictional character, and there are no historical accounts proving her existence.

‘Misuse of both fiction and history’

The movie is an adaptation of Padmavat, an epic poem written in the 16th century by poet Malik Muhammad Jayasi. The protagonist in the novel, originally in Awadhi language, was Hindu queen Padmini who jumped into a fire “to save her honour” from medieval Muslim King Alauddin Khilji.

“In the contemporary period, there is no mention of this event, no accounts of Padmavati by Amir Khusrau, a prolific writer of the era and a courtier of Alauddin Khilji. This is misuse of both fiction and history. There is no historical evidence of this Padmavati event – this story is a poet’s imagination,” Mukherjee told Al Jazeera.

This is “manufacturing of hurt sentiments clearly with an eye on politics”, he said.

The film, slated for release on December 1, has been dogged by protests since its inception.

On Tuesday, over 50 Karni Sena activists vandalised a cinema hall in the Rajasthani city of Kota to protest the screening of a teaser for the controversial film.

The film’s sets were vandalised more than once, and the filmmaker Sanjay Leela Bhansali was roughed up earlier this year in Jaipur, the state capital.

Censoring sexually explicit and politically sensitive content is not new in India, neither is it confined to the BJP.

In 1975, Aandhi (Storm), a film based on the life of Congress leader Indira Gandhi was not allowed a full release by the Congress government. The Congress party had also banned Kissa Kursi ka (Tale of a Throne), a 1977 satire of Indira and her powerful son Sanjay Gandhi.

In recent years, censors attempted to thwart the release of a Bollywood thriller about drug trafficking, Udta Punjab, ahead of elections in that state.

Earlier this year, Lipstick Under My Burkha, a film about four women, was blocked by the country’s censor board, the Central Board of Film Certification (CBFC), which said it was “lady-oriented”. The ban was successfully challenged.

Other movies that have faced censorship recently include Tamil film, Mersal, a documentary about Delhi Chief Minister Arvind Kejriwal, as well as a documentary on Nobel laureate Amartya Sen.

But protests against films and campaigns to purge bookshelves and schools of works that some say are abusive to Hinduism – all this represents a wider shift towards Hindu nationalism.

After the Padmavati teaser was released last month, some media critics questioned the portrayal of Khilji, saying it fits into the recent pattern of demonisation of Muslim rulers.

The “depiction of Alauddin Khilji in Padmavati is grossly incorrect and reflects poor research on the part of the filmmaker”, wrote Chandni Sengupta, who teaches history at Amity School of Liberal Arts in Haryana state.

Professor Mukherjee fears the controversy is veering towards a Hindu-Muslim issue.

“The whole Padmavati narrative is being built around Hindu-Muslim conflict which did not exist at that time. Now hitherto unknown groups have suddenly woken up to protect the honour of Hindus and to portray Muslims as perpetrators of evil,” Mukherjee says.

The ruling BJP says it wants the film completely banned or postponed till after the local elections in Gujarat, the home state of Prime Minister Narendra Modi.

The Indian film industry, the world’s largest by ticket sales, is on tenterhooks. Filmmaker groups have announced a silent protest outside Film City gates in Mumbai – India’s financial hub and the home of Bollywood.

“It’s appalling, it’s absolutely appalling. What have we gotten ourselves into? And where have we reached as a nation? We have regressed,” actor Deepika Padukone, who plays Padmavati in the film, said on Tuesday, referring to calls for a ban.

The film is still waiting for a go-ahead from the CBFC.

“Padmavat (the source of the film Padmavati) is an epic poem, it speaks of all-pervasive love,” media critic Kumar says.

“Jayasi, the poet, wrote in an era of wars and conquests, he wanted to harp on the power of love, away from material greed. How paradoxical that his work and its retelling has become a source of hate speech today.” 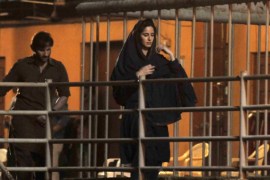 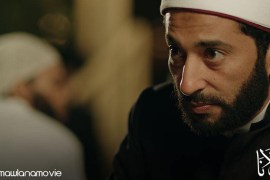 ‘The Preacher’ tackles complex relationship between clerics and government, and some are calling for it to be banned.