More than 20 million US military veterans are currently living in the US, with many of them scarred by war. After years of waging war overseas, many US veterans returning to civilian life struggle with post-traumatic stress disorder (PTSD), homelessness and addiction.

Dante Sowell is one of them. This is his story in his own words.

I come from a long line of servicemen, a lot of whom were in the US Marine Corps and the air force. There aren’t any army [soldiers] in my family, but I do come from a history of a long line of men who honestly served their country.

Enlisting was a decision that I made on my own. If anything, I was encouraged not to because it was around the time of the Iraq war and there were a lot of soldiers coming home injured, suffering from PTSD or missing a limb.

There was a lot of negative stigma attached to joining the military … but I went ahead anyway.

My PTSD was triggered when I killed the first enemy in combat.

It all happened so fast … I was like, oh my God, I just killed this man. Why?

But I couldn’t sit and think about this because I still had people shooting at me.

I had to protect the men that were in my trust. That was my job, I was a gunner for a truck. I had to protect my truck rather than go out there and deal with my killing a man.

Not dealing with it manifested into more. The more carnage I saw, I just I couldn’t deal with it right then. I thought “I’ll deal with it later, when I get back”.

When I got back, it manifested in different ways.

I have trouble sleeping, I have social anxiety, problems with being in bars and in groups of people. There are certain things I can’t be around. I can’t be around large and unexpected noises. If I’m at a birthday party and a balloon pops, hearing something like that triggers me, and so I try to avoid events like that.

It affects me in my day-to-day life. I still have severe PTSD, I just learn to deal with it, I know my triggers and avoid those triggers.

Being alone helps me calm down.

There’s a time when I had a PTSD episode at work and everyone was coming around, asking, ‘are you okay?’ and all I can do is check their hands, check their waistband, check their feet … I get extremely hypervigilant.

‘I was on 52 different types of medications’

One of the reasons why I have such a negative stigma with treating my PTSD is the different medications I’ve been given to combat the symptoms. Somethings would work and others wouldn’t … in total, I have been put on 52 different types of medications.

This treatment left me feeling like a zombie, it left me feeling like I wasn’t me. And one of the things that I said when I got out [of the military] was that I didn’t want to be a guinea pig for PTSD. And the first thing that the VA [Department of Veteran Affairs] did was try to push medication on us.

I’ve seen over 12 different psychiatrists and psychologists through the VA. I have yet to come across one that honoured my no medication request. I can’t say anything good to you about the VA as far as dealing with PTSD.

I have trouble sleeping, I have social anxiety, problems with being in bars and in groups of people ... I can't be around large and unexpected noises. If I'm at a birthday party and a balloon pops, hearing something like that triggers me, and so I try to avoid events like that.

The VA is such a fractured system. The biggest problem I have with them is logistics. There’s so much red tape and bulls**t that you have to go through just to get treatment because it’s all politics. If I need to make an appointment to see a doctor right now, I can make my appointment today but I won’t see a doctor for three to four months out.

I honestly believe the actual doctors and the people that are providing the care truly do care.

However, I think there are so many people there making a ridiculous amount of money working for the VA that they don’t care that the system is broken.

There are too many people high up making a lot of money to say that they’re representing veterans and they’re doing this for the veterans. As long as their cheque is just fine and they get their money deposited, they don’t care.

Something was recently going around on Facebook, I think, that said every 21 seconds there’s a vet that kills themselves in the United States, from complications from PTSD, or whatever the case may be.

So there was also a challenge on Facebook where they wanted people to do 21 push-ups for 21 days to bring awareness. I did the whole 21 for 21 days.

I remember saying on my last day of my push-ups, I posted that this is something that I struggle with too and if you are someone that I served with and you need someone to talk to, please call me because I’m here for you.

I had two servicemen whom I had served with call and talk to me because they were contemplating suicide. And I talked them down. And now they’re fine.

Americans need to understand that that is the cost of war. We're sending people over there and they will come back with problems. Everyone knows.

I don’t believe that there’s enough being done.

One of our senators here, Bernie Sanders said veterans coming back that suffer from PTSD should be looked after.

Instead, very little funding is spent on treatment for soldiers suffering from PTSD and the money goes to redoing jets or making more bombs or new weapons. They don’t care about the soldiers.

Americans need to understand that, that is the cost of war. We’re sending people over there and they will come back with problems. Everyone knows.

You don’t have friends like you do in the military. They become more than friends and family. 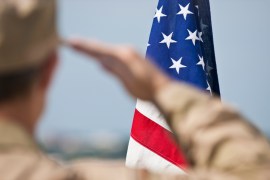 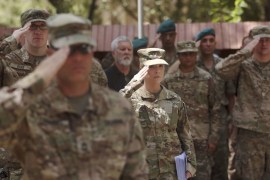