In a garage on a busy road in Itabashi ward in northern Tokyo, Miyu Kojima has finished her day’s work. It’s a cold night in February. Cleaning products sit on one side of the garage; people’s belongings are stacked on green trolleys and cardboard boxes marked “ToDo-Company” on the other. These items used to belong to the people whose homes Miyu and her colleagues have cleaned. They will be recycled or sold.

Miyu, who was 24 when we met, works for ToDo company, whose employees clean the homes of people who have died. Theirs has often been a “lonely death”, known in Japanese as kodokushi.

It’s an increasingly common phenomenon in a country with an ageing population, more elderly people living on their own and fractured connections. Miyu is the only woman and the youngest employee in the 10-person company.

“I mainly clean up these flats, apartments, houses where lonely death had happened and also organise their mementos,” says Miyu, who is in her second year of work at ToDo. On average, those whose homes she cleans, she says, may have been lying undiscovered for a month or two; the longest, eight months. Sometimes, they clean the homes of people who died in hospital, were murdered or committed suicide.

After the bodies have been removed, she and her colleagues scrub down the home and sort through the belongings – they refer to themselves as memento organisers.

Miyu is chirpy and smiles often. She wears bleach-splattered sneakers. She got into this line of work after her father, with whom she had an uneasy relationship, died suddenly. “I thought I know what these families are going through, and I want to support them, help them.”

Miyu started searching for companies that specialised in this kind of work. Most simply listed the required tasks, but then she saw a recruitment ad for ToDo and liked its emphasis on finding “the [right] word for these families”.

Hirotsugu Masuda, who is in his 40s, started ToDo, so named because it’s a job someone has “to do”.

Miyu says a typical day involves meeting in the morning, discussing roles so everyone can move quickly, then heading to the location in a team of about six. They usually finish a job around 3pm. Each one brings in $3-5,000.

“I do everything from the beginning to the end – I drive the truck and clean and talk to the families,” Miyu says.

Before Miyu enters a home, she says a prayer. “The reason why I say a prayer before I get into the place is because I know these people died … and some people may have some regret,” she explains. She prays for them to “please rest in peace”.

At first, Miyu found the work tough. The scenes could be grotesque. Even after the body has been removed, hair and seepage from the corpse sometimes remain. The work can be physically demanding. But “what I find most difficult,” she explains, “is to talk to the family. I don’t know how much I can really ask or talk.”

When someone dies of kodokushi, she says there’s a sense of daily life that lingers. It’s harder cleaning a house “where someone has been murdered or someone killed themselves”, she adds, explaining that the air feels heavier in such places.

Summers are usually busier – that’s when bodies that haven’t been discovered for a while tend to be found because of the smell. In the past year, she thinks she’s cleaned about 90 flats.

On an iPad, Miyu showed pictures of past jobs – the murky, brown outline of a body which had started decomposing and leaking onto a cloth mat; the skeleton of a cat; a grimy kitchen sink with used chopsticks resting inside. The Friday before we met, someone had died in front of their toilet. As a sign of respect, Miyu propped a bunch of flowers against the toilet seat.

“[While cleaning] l often think about who has lived here, what kind of life they had, what kind of job they had, and also what these families are thinking of this person.”

“I search for what these families are looking for or what’s important to them – pictures and special things.”

When they finish cleaning, they perform a final ritual of placing flowers, burning incense and praying. Once the place has been “reset”, Miyu says “that’s the time to say goodbye, so we do that sometimes with the family.”

Miyu gives the mementos to the family. If they don’t want them, ToDo takes them to a temple for a ritual to be performed on them and then they are incinerated.

“I feel sad when the family doesn’t want to take these things, because it’s something that this person left, and it’s something memorable,” she says.

In her opinion, demand for their work is increasing. Hideto Kone, vice president of Association of Dispositions Memento, estimated in February that there are around 4,000 of these companies across Japan.

“Every year I feel more that people have been disconnected from each other, and I think this losing of connection, losing of communication is the reason [behind kodokushi],” Miyu says.

A window into human relationships

At first, Miyu’s mother was opposed to her job. But she’s since come around.

Her boyfriend was also sceptical. “At the beginning, he was just telling me, ‘Why are you doing this work? You can get cursed, haunted.’ But I was like, ‘I’m not doing anything wrong or bad. Why do I have to be haunted?'” she says. “And now he understands me.”

She hasn’t met any other women in this line of work and says people are often surprised to see her at these jobs. “I think it’s not about my age; it’s about my gender,” she says.

Her profession has its advantages. Miyu moved to Tokyo for the job and Masuda went apartment hunting with her.

“The very first place we went to see, I could tell something was wrong before entering,” she says. Inside, she said they saw the faint outline of a body on the floor and suspected a case of lonely death had taken place there. They asked the realtor who, Miyu says, “just smiled, and said, ‘No, nothing had happened.'” Miyu says: “From that I learned, ‘Okay there are many lonely death cases in Tokyo, and also, people want to hide it.'”

Her work has given her a window into human relationships.

“I see these people who don’t really care about their parents or family (if they die) and some people don’t even look at their mementos,” she says. “As soon as they see cash, that’s what they take …”

For Miyu, kodokushi is a phenomenon that doesn’t just affect the elderly. “This is something that can happen to you, to me.”

One case that has stayed with her was that of a woman in her 20s who died in her apartment along with her pet.

“The dog was dead in front of the entrance, and I could see him, he was opening his mouth and looking up, and he was obviously asking for help,” she says, adding that the landlord told her that the dog had been “barking like crazy”.

“I thought, I wish he could have realised something was going on,” she says.

But it was her conversation with the woman’s father that most affected her.

“He told me: ‘I’d been really hard on her, been a really strict father, and I regret that’ … I felt like I couldn’t help him, I couldn’t do anything for him … I felt really powerless,” she says.

In many cases, Miyu says lonely death happens to people who have a poor relationship with their family and no one to ask for help. Society can also stigmatise those who die alone, she believes, as people may see the fact that they had no one around as a reflection on them.

For her, this profession is most revealing of family relationships.

“If the person is gone, then you can’t do anything, and that’s the time you realise how important this person was,” she says.

“[Now is] your chance to communicate and have relations with your family and people.”

*With additional reporting by Shiori Ito 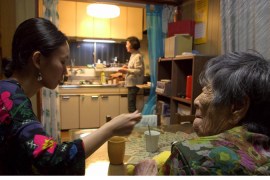 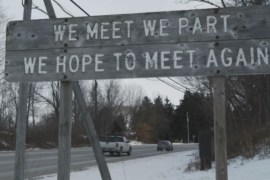 Death in the Family

A personal look at the funeral industry and how a traditional family-run trade is being overtaken by big corporations. 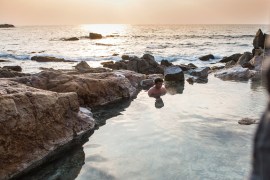 The Death of Ageing

What happens when private money is poured into secret research centres aimed at prolonging life and cheating death?