Durban, South Africa – For almost 50 years, they claimed he had jumped to his death.

On Thursday, 46 years later, the Pretoria High Court put the matter to rest. Judge Billy Mothle ruled that Ahmed Timol, an anti-apartheid activist, had not jumped out the window of the 10th floor of a police station in Johannesburg.

“The sub-standard and sloppy manner in which the investigation of Timol’s death was conducted, supposed the view that there was clear intent to cover up the incident through a fabricated version of suicide.”

Following the judgement, Mothle ordered that Sergeant Jan Rodrigues, considered the last person to have seen Timol alive and who admitted to being part of a cover-up, be investigated for murder.

Who was Ahmed Timol?

Timol was an anti-apartheid activist from Johannesburg. He was a school teacher and a member of the South African Communist Party. After threats to his safety, Timol fled to London in 1967, and he later underwent armed training in Moscow before returning to South Africa as part of the ANC’s armed wing.

He was subsequently picked up by the security branch in October 1971 and interrogated, tortured and murdered at the notorious John Vorster Police Station in central Johannesburg.

Between 1970 and 1990, eight people who were detained at the police station died. It has been described by former detainees as the “pinnacle of torture chambers”.

According to a report by the Truth and Reconciliation Commission, 75 deaths were recorded in detention during apartheid, but not a single police officer was held responsible or officially tried.

The verdict is an important one.

First and foremost, it provides closure to Timol’s family.

The verdict sheds light on the extent of apartheid’s cruelty, exposing its brutality as not just limited to physical violence, but home to a vast machinery of concealment and desecration of character that is complex and multifold.

Timol’s murder is but one of many stories of injustice hidden by apartheid, and left mostly untouched since 1994, lest it shake up the fragile democratic experiment. The Truth and Reconciliation Commission brought solace, but not justice. For instance, when Hawa Timol testified in 1996 about the death of her son, none of the perpetrators came forward. She died a year later.

This has come to define much of the selective amnesia regarding South Africa’s past.

In many ways, the failures of the current ANC-led government are being used to reversion the tremendous impact of colonialism and white-minority racist rule in South Africa.

If anything, the judgement brings perspective: It may be time to explore some of the more obscure, lesser-known details of apartheid’s crimes. It may be very necessary if we are to understand where South Africa is headed. 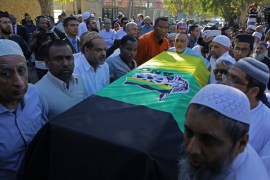 South African President Jacob Zuma did not attend the funeral amid tensions between the late Kathrada and the ANC. 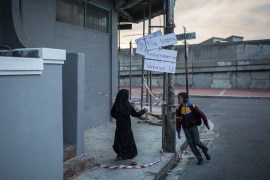