The economy of the world’s largest democracy is growing at a pace that is the slowest in the last three years. Jobs are being lost. Inflation is threatening to pick up. There are few takers for bank loans. Consumer confidence is down.

In May 2014, the right-wing Hindu-nationalist Bharatiya Janata Party (BJP) came to power under the leadership of Prime Minister Narendra Modi. In the run-up to the elections, he had promised “achhe din”, or “good times”.

But good times are yet to come for many Indians. On the contrary, their lives and livelihoods were disrupted by the sudden decision Modi took on November 8 last year to demonetise high-denomination currency notes thereby making illegal 86 percent of the total currency in circulation.

The effect of that decision is still being felt. The government compounded the struggles of Indians citizens, especially small traders, with a trouble-plagued rollout of a radically new system of indirect taxation – the goods and services tax (GST) – from June 1 onwards.

Deepchand Yadav is a chauffeur who works in Gurgaon, a suburb of India’s capital, New Delhi. He says that this Diwali, he will think twice before buying new clothes for his wife and school-aged son. He is not certain how prices will rise in the coming months, and would rather save the extra money he earns during the festive season.

He earns approximately 16,000 rupees ($245) a month. His income appears to have increased over the last two years, but in fact, after accounting for inflation, his real income has declined.

Patit Paban Mondal works as a cook in Kolkata, the capital of West Bengal state. He usually sends an extra 3,000 rupees ($45) to his ailing mother and brother who live in a remote village in the eastern Indian province. The extra money is for the festive season but, this year, he says he will have to cut his personal expenses to send the same amount of money to her.

Mondal’s monthly income is 10,000 rupees ($153). According to the World Bank, Mondal’s income is slightly above the average in India; the international organisation reported in 2013 that India’s per capita income was $1,570 a year – a monthly average of around $130, below Mondal’s $153. He says successive governments have not been able to check inflation.

The above estimates do not reflect the cost of living in India. According to the World Bank, India’s per capita income in 2013 on the basis of purchasing power parity was almost 3.5 times higher at $5,350.

Mondal and Yadav are hardly alone. The Reserve Bank of India (RBI), the country’s central bank and apex monetary authority, conducted a series of surveys across the country to gauge consumer confidence and business sentiments.

The findings, which were released on October 4, indicated all-pervasive pessimism.

Over 40 percent of the respondents of one survey said in September that the overall economic situation had deteriorated. This proportion was barely a quarter in September 2016.

Last month, the Central Statistics Office of the government of India said GDP had grown at an estimated rate of 5.7 percent in the April-June period this year, the lowest quarterly growth rate in three years.

The RBI has brought down its forecast of growth for next year (until March 31) from 7.3 percent to 6.7 percent.

The Indian economy had been growing at close to eight percent in 2014 and 2015, making it the “fastest growing” among the major economies of the world, overtaking China. But what really went wrong?

As a matter of fact, many observers of the Indian economy believe that the latest GDP figures are exaggerated, as the government tweaked the methodology of calculating national income statistics in 2016.

Former Finance Minister Yashwant Sinha has claimed that the actual GDP growth rate could be two percentage points lower than what has been put out.

Though belonging to the same political party, Sinha has questioned Modi and his Finance Minister Arun Jaitley’s stewardship of the Indian economy.

The unexpected November 8 decision to demonetise was justified by the government on the ground that it would drastically curb the use of illegally obtained, so-called “black money”, in the economy and also constrain “terrorists” from using fake currency notes. Thereafter, government spokespersons claimed demonetisation would usher in a more transparent “cash-less” or “less cash” society.

The government’s critics argue that none of these objectives has been achieved almost a year later. Instead, the economy was hampered, as people queued in large numbers outside the branches of banks in November and December.

“Demonetisation hurt the most vulnerable sections of the population: the elderly, women, daily-wage labourers, farmers and small traders,” says R Ramakumar, professor of economics at the Tata Institute of Social Sciences, Mumbai, who has edited a volume on demonetisation that will soon be published.

India has a huge youth population. The country’s current demographic profile indicates that over half its total population of 1.3 billion is below the age of 25 and two-thirds are under 35. The lack of employment opportunities is a huge political and social issue.

A study of figures compiled by the government’s Labour Bureau said there was an absolute decline in employment between 2013-15 and 2015-16, perhaps for the first time in the 70-year history of independent India.

The loss of jobs was especially evident in sectors that had been creating employment opportunities in the recent past, sectors such as construction, manufacturing and information technology.

The country’s IT sector, which employs nearly four million people, has been in a crisis, with thousands of people laid off in the past year and many more to be made redundant in the coming years.

According to the Centre for Monitoring Indian Economy, 1.5 million jobs were lost in India across all sectors in the first four months of 2017.

Most jobs in India have been created by small and medium enterprises and these businesses have been hit hardest by demonetisation and the hasty switchover to the GST regime. The so-called “informal” or “unorganised” sector dominates the country’s economy and accounts for 90 percent of jobs.

The economy has also been hamstrung by what Chief Economic Adviser Arvind Subramanian describes as a “twin balance sheet” problem. Banks, in general, and public sector banks, in particular, are saddled with huge unpaid loans – euphemistically called “non-performing assets”.

Many of the loans that have not been repaid had been given to large companies that are now highly leveraged, meaning these companies are saddled with large debts on their balance sheets.

With new loans not being disbursed, investments in the manufacturing industries have slowed thereby resulting in jobs not being created.

India imports 80 percent of its total requirements of crude oil and benign prices have greatly benefitted the country’s economy. Following public outrage against rising inflationary trends on account of higher transport costs, the government reduced taxes on petrol and diesel. But prices of food items could rise.

The list of economic woes in India, which also has not invested adequately in its physical and social infrastructure, is long.

No light seems visible at the end of the tunnel. Yadav and Mondal are not the only ones for whom the festival of lights has dimmed. 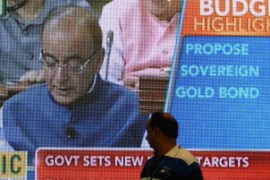 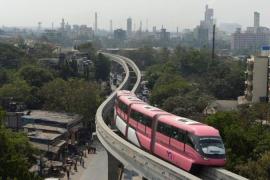 World Bank report ranks India ahead of Japan and after US and China on basis of purchasing power parity.