Hundreds of people with yellow umbrellas surrounded government headquarters on Thursday to mark the third anniversary of the event that set off Hong Kong’s biggest pro-democracy protests.

Demonstrators re-enacted the moment when police had fired tear gas at thousands of students and pro-democracy activists, who shielded themselves with umbrellas that became a symbol of the protests.

It was the night Hong Kong’s hunger for democracy and the city’s reputation for civil disobedience caught the attention of the rest of the world.

But people have been taking to the streets long before the 79-day Umbrella protests of 2014, according to academic and political scientist, Joseph Cheng.

“This idea of protest rallies really started in the 1980s. Previously, under the colonial administration people normally wouldn’t take action to articulate their grievances, but that changed when Hong Kong’s future came into question and the demand for democracy emerged in the 1980s.”

Cheng says the turning point was the Tiananmen Square crackdown in 1989 when a million people took to the streets of Hong Kong.

More than 1,000 people were reportedly killed after Chinese authorities sent army tanks on the streets of Beijing to suppress massive anti-government protests.

Suddenly, people started questioning what a post-colonial future under China would be like, Cheng said. Hong Kong was a British colony until 1997, when it was handed over to China.

It started the June 4th annual candlelight vigil. In 1989, I was one of the tens of thousands of students and citizens who held up flames to commemorate those killed in Beijing.

For me and my classmates, it was an awakening, and perhaps the first time we saw people in Hong Kong come together for a cause that did not involve livelihood or finances.

It was seen as a symbol of Hong Kong’s unity, but over the years numbers have dwindled, and its message has become distorted by infighting among various pro-democracy factions.

Aside from the Tiananmen protests, there have been other demonstrations that have become a fixture in the calendar of socially active people of Hong Kong.

Like the July 1 marches. It started in 2003, when more than half a million people demonstrated to block the government’s plan to impose stringent national security laws known as Article 23.

The next big protest was in 2012. A 15-year-old boy led the fight against having a national curriculum introduced in schools. Joshua Wong later became the poster boy for Hong Kong’s most famous pro-democracy protests, the Umbrella movement.

Despite a new generation now growing up with a culture of protests, nobody expected the kind of sustained and explosive demonstrations that created the Occupy or Umbrella movement of 2014.

Benny Tai, one of the cofounders of the Umbrella Movement, says it’s unlikely people will take to the streets again on such a scale, mainly because of the government’s harsh reaction.

“Hong Kong has now entered an era of semi-authoritarianism and we can expect tougher suppression from the government. Exactly for this reason, before it becomes fully authoritarian or totalitarian, we must act to prevent it sliding back.”

Tai, a law professor at Hong Kong University, and the other two cofounders of the Umbrella Movement are currently on trial on charges of “public nuisance” for their part in the 2014 protests.

If found guilty they could spend up to seven years in jail.

The government has already imprisoned three of the student leaders that spearheaded the Umbrella movement. Joshua Wong, Nathan Law and Alex Chow have been sentenced to jail ranging from six to eight months.

That motivated tens of thousands of people to take to the streets on August 17 this year. This time, it wasn’t just pro-democracy activists or students, but also families worried about their children’s future.

Forty-nine-year-old Eva Ho told Al Jazeera that she makes it a point to be part of the marches.

“I keep attending these protests because I have the right to freedom of assembly and as citizens, we have a duty to speak up against injustices.”

She says despite it now being riskier for protesters, she encourages her 17-year-old son to take part in social movements so he knows what is happening in society.

Jason Y Ng, lawyer and author of “Umbrellas in Bloom: Hong Kong’s Occupy Movement Uncovered”, says the culture of protest emerged due to the lack of democracy in Hong Kong, a city whose citizens cannot choose its own leader.

It was the motivation for the Umbrella or the Occupy movement, which he says has forever changed society in this Chinese-governed territory.

“Without a doubt, the most profound impact is the political awakening experienced by an entire generation of youths. For too long, young people in Hong Kong were sleepwalking through life, concerned only with material possessions and practical issues.

“These days, by contrast, they are far more politically engaged and socially alert. The impact is not only profound but irreversible.”

He adds that although people’s desire to express themselves may not be able to match the government’s disproportionate reaction to suppress them.

“The government’s response towards protesters has been sweeping and indiscriminate, and the chilling effect on the opposition and civil society is far-reaching. Already pro-democracy political parties are experiencing difficulties recruiting new members. The proverbial kitchen is getting way too hot for regular citizens.”

The question now is how much heat the government is planning to put on those who take to the streets.

Hong Kong is the only city in China where people can freely hold protests, activists say with the government’s current rate of punishing those who do, it’s just a matter of time before the so-called Special Administrative Region of Hong Kong becomes like the rest of the country. 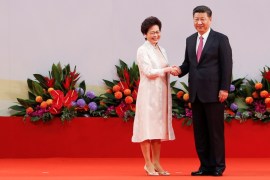 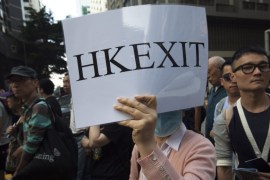