There can be no true friendship between the governments of Cuba and the United States. They represent two opposing political systems and the first has long been denying the right of the second to exist and vice versa. The most we can expect is tolerance and respect.

And that is exactly what we achieved, in a way, after December 17, 2014 under Barack Obama’s administration. By “we”, I mean the 11 million Cubans living on the island and the two million immigrants living abroad.

But people do not have to play by the same rules as governments. There has always been true friendship between the people of Cuba and the people of the US.

In February 2015, I travelled for a conference to Traverse City, in Michigan. I had been living in Cambridge, Massachusetts, for more than six months as I pursued the Nieman fellowship in journalism at Harvard University, and I was feeling homesick. There is only one cure for Cuban homesickness: a hug.

At a tiny airport in Traverse City, with temperatures close to zero degrees, my American host hugged me. And it felt like home.

The “people-to-people” programmes, fostered by several policies during Obama’s government, took a bet on the ability of both societies to share the best of our countries, without intermediaries. We, the people, often try to find those things that bring us together rather than those that divide us.

I was born in 1985. I don’t remember the collapse of the Soviet Union, but I still remember what we called the “Special Period”, which, by the way, was neither short nor special. Eighty-five percent of Cuba’s trade relations had been with the Soviet Union and the rest of the socialist camp. This meant that most of our clothes, food, technological supplies and pretty much everything else besides sugar came from the Soviet Union at highly-subsidised prices.

People still remember the years after this as the “there is no” era: there is no food, no shoes, no clothes, no public transportation. Scarcity was the norm. The reason given by Cuban politicians for this scarcity was the US embargo.

Today, the US embargo is still given as the reason for anything that goes wrong with the Cuban economy. And almost every Cuban agrees that the embargo must be lifted, not as a concession to the government, but as an opportunity for Cuban society to be more prosperous.

It is our right, as Cuban citizens, to be given a fair opportunity to develop our nation without other countries making us pay a price for any mistakes.

If we fail to do so, if we cannot develop a so-called “sustainable and prosperous” society, the US would not have to subvert the political system in Cuba because there would be no political system to subvert. So far, we have not had this chance.

It is your duty, Donald Trump, as the President of the United States of America, to represent all of your citizens and not only a couple of politicians who keep speaking on behalf of the Cuban people without having ever set foot on the island.

It is my president’s duty to represent all Cuban citizens, even those who have left the country for economic or political reasons.

Both leaders have spoken loudly: we want relationships, we want embassies, we want the negotiations to keep going, we want to reach an agreement in every area and we are open to dialogue.

We people want to be close, not far. We want to build bridges, not walls. 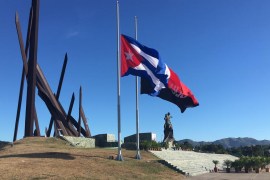 Cuban human rights and the hypocrisy of the media

‘The spectrum of human rights is wide. But what [the media] do is focus … on the bad parts and ignore the good stuff.’ 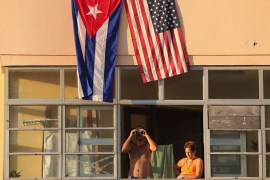 ‘As a Cuban, I want the policies that began with Obama’

“Hillary Clinton will hold the continuity flag of Obama. But Trump has Putin’s support.”