I am writing to you as a migration researcher and the coordinator of the Casa del Migrante (Migrant’s House) in Tijuana, which provides assistance mainly to men who have been deported to Mexico from the United States.

I am also writing to you as the descendant of Chinese migrants, born in Tijuana, at the southern border of your country, where I have witnessed the impact of US migration policies first-hand while I was growing up.

The US has deported more than two million immigrants between 2010 and 2015. This represents more than twice the population of San Francisco. But, we also need to understand that we are talking about actual people and lives.

In recent years, the Mexican government has taken several steps affecting migrants trying to enter the US, such as introducing checkpoints within Mexico, and raising the speed of some freight trains on which Mexicans and Central Americans travel towards the “American dream”.

I will tell you why this matters.

When I worked at the border between Guatemala and Mexico, I met Sandra, a woman from Honduras who was travelling towards the US with her 16-year-old daughter. Sandra was running away from the Mara Salvatrucha gang, one of Latin America’s most powerful street gangs, which was trying to recruit her child by force.

As they tried to board one of these freight trains, Sandra’s daughter managed to get on the train, but Sandra fell on to the rail tracks because of the train’s high speed, and lost her left leg in the accident. Sandra spent weeks in the hospital, away from her daughter, who could not get off the train and spent two months looking for her mother.

Why am I telling you this story?

Because raising the speed of freight trains from 10 km/h to 60 or 70 is one of the measures that have been indirectly supported through different US programmes and funding schemes.

Through the years, the control of migration to the US has started to take place from the south of Mexico itself. In real life, these policies result in broken families, mutilations, death, and suffering.

Unfortunately, cases like that of Sandra and her daughter are very common. Just enter any migrant shelter in the south, along one of the migration routes that crisscross Mexico, or go on the main square of a city like Tapachula, and you’ll see migrants with makeshift leg prostheses made out of PVC tubes and sellotape.

Let me tell you about some other cases.

I met Maria when she was staying in a shelter for migrant women in the north of Mexico. She was captured in California, on her way to work as a domestic worker, and deported. María’s main problem was not the deportation itself, but that her four-year-old child, who is a US citizen and was in the nursery at the time of her mother’s deportation, was sent into foster care.

Now Maria is facing arduous processes that may take years, and may not even allow her to see her daughter again.

Another common story is that of deported war veterans. After serving the United States in several wars, some vets end up being deported to Mexico because they have committed a felony and are not US citizens. After serving their sentence in the US, and although they’ve lived most of their life in the US and have pledged to protect this country, they are deported.

I am telling you these brief stories to give you a glimpse into the real-life consequences of complex migration policies. I hope you can imagine how many different scenarios can exist and how hard it is for every one of those millions of persons to get back on their feet after a deportation or migration-related problem. In your new job, your decisions will not only impact the lives of US citizens, but also those of millions of fathers, mothers and children in dozens of other countries.

READ MORE – Mexico: New plan to help citizens in US after Trump win

I trust that your administration will represent US citizens and their concerns as best you can. I do not expect that the decisions you make in this area will leave us all satisfied. I simply ask that, before you take steps that will affect the future of millions of migrants and their families, you listen and have an open mind to understand how these decisions can not only affect other countries, but yours.

One last thing: I’d like to remind you how important your public discourse will be during your mandate. What you say may cause deep damage that will last longer than a government’s mandate or a financial year. Your discourse can become the ground for years of racism and xenophobia towards people who only want to survive, to work, and to give their loved ones the chance of a decent life.

Your mandate will leave its mark on the world’s history. I hope that this legacy will make you – as well as your voters and the millions of people who haven’t voted for you, but whom you now represent – proud.

This text has been edited for clarity and length. The views expressed in this article do not necessarily reflect Al Jazeera’s editorial policy. 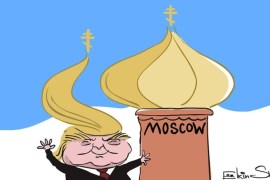 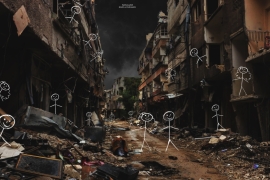