On a hot summer day in mid-July, Ahmed al-Sayis, a Palestinian from Gaza’s al-Zaytoon neighbourhood, decided to take his four daughters and five-year-old son Mohammed to the Sheikh Ejlin beach west of the city, to cool off.

Temperatures were nearing 40 degrees Celsius and electric fans were paralysed by the unprecedented power shortage.

As the sun blazed over the desert-bordering Gaza, the beach seemed like the only escape.

“The new school semester was approaching and the heat was unbearable. The children needed a breather so we tried to find a clean spot in which to swim and cool off,” al-Sayis told Al Jazeera.

Everything seemed fine when the family got back home. Later that night, Mohammed began to show symptoms of illness. “He became sick and vomited several times. The next morning, he was unresponsive and his fever spiked, so I took him to the hospital immediately,” continued al-Sayis.

Soon enough, Mohammed fell into a coma. He was placed in intensive care and, three days later, transferred to al-Rantisi tertiary hospital for further tests.

There, Mohammed’s doctors mustered all their resources to save the child’s life, but despite strong antibiotics and the best available care, Mohammed’s health continued to deteriorate.

Running out of time and options, the doctors requested an urgent referral to a hospital outside Gaza. Ahmed hurriedly tried to get the necessary approvals for the referral. “I kept trying for a week to obtain the necessary approval [from the health ministry in Ramallah], I left no stone unturned, but the approval was never granted,” Ahmed lamented.

Mohammed died on July 29, 2017. His death certificate cites a query diagnosis of Ekiri Syndrome, a lethal toxic encephalopathy of an infectious cause and a rapid, progressive course. Doctors informed the family that Mohammed most likely caught the bug during his swim in the polluted seawater, which turned out to be his last.

Strolling down Gaza’s coastal area, the stench of human waste is inescapable and glaringly, the deep blue color of the Mediterranean turning brown in several spots.

The pollution is not new. The issue was exacerbated by infrastructure that was damaged during the 2014 war on Gaza, and by internecine spats within internal Palestinian politics. The high demand for power in the summer also rendered the pollution significantly worse.

As power supplies dwindled, Gaza municipalities were forced to shut down the five sewage treatment facilities in Gaza Strip in April and instead dump millions of litres of raw sewage into the Mediterranean.

The resulting pollution was so bad that even beaches in southern Israel were shut down as a result.

Sami Hussein Lubbad, manager of the Environmental Health Office at the Gaza Ministry of Health, says that hospitals have received dozens of cases of infections that resulted from swimming in the polluted waters.

“The cases varied between diarrhoea, skin infections, respiratory infections and eye and ear infections,” Lubbad told Al Jazeera. “Most of the cases were children.”

A survey conducted in August by the Health Ministry and the Gaza Environment Authority found that 63 percent of the 40km-long Gaza coastal line was heavily polluted with sewage, significantly higher compared with a previous survey in May 2017 when 50 percent of the coastline was polluted.

“Over 110,000 cubic meters of sewage are dumped daily in the sea, effectively turning the beach into a hazard,” Ateyya al-Borsh, chief of the Environment Authority, told Al Jazeera. “We issue monthly surveys illustrating the most heavily polluted areas which people should avoid.”

Abdelraouf al-Manama, professor of microbiology at Gaza’s Islamic University, says that studies conducted by his department tied the distribution of infected cases to the pollution load at their designated swimming spots. “We found that even sand at the beach was polluted.”

Still, the sea remains the only remaining escape to Gaza’s besieged population of two million.

Ali Yousef, a father of three, went through an ordeal similar to Ahmed al-Sayis’s. His children were hospitalised for a week following a bout of gastroenteritis, which they developed shortly after swimming in the sea north of Gaza city.

Yousef is now determined to restrict future picnics to private swimming pools. “It was their first and last swim in the sea this summer,” he tells Al Jazeera.

But a ticket to a swimming pool costs about 20 Israeli shekels ($5), while renting a private chalet for a day on average costs $150.

Not everyone in the poverty-stricken Strip can afford such prices. “I did not have the means to take them to a swimming pool,” the bereaved taxi driver Ahmed al-Sayis says.

In 2012, the United Nations warned that if nothing were done to ease the Israeli blockade, the Gaza Strip may not be a livable place in 2020. Recently, Save the Children, an international NGO that promotes children’s rights, said that the Strip has already become unlivable.

The organisation called on Israel to lift the Gaza blockade immediately. Meanwhile, the weight of the decade-old blockade continues to crush different aspects of life in Gaza, including swimming.

“Israel impedes the entrance of the necessary parts and equipment for maintenance of the sewage network and treatment facilities,” Ateyya al-Borsh underlined.

“We are struggling to just return to prewar levels.” 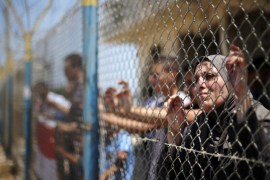 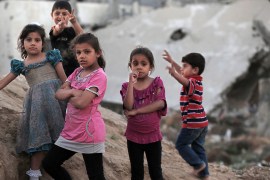