A prominent Russian film and theatre director, who is known for bold productions criticising conservatism in Russia, has been detained over allegations of embezzling state funds.

Kirill Serebrennikov, 47, was arrested in St Petersburg on Tuesday after Russia’s Investigative Committee said in a statement that it suspected he had misappropriated at least 68m roubles ($1.15m) from 2011 to 2014 in government funds earmarked for an art project.

Serebrennikov, art director at Moscow’s avant-garde Gogol Centre Theatre, denies any wrongdoing. He faces up to 10 years in jail if found guilty.

The award-winning director has used his work to criticise the authorities in the past, lamenting what he says is the lack of freedom and growing social conservatism in his country.

Serebrennikov, whose films have been shown at the Cannes and Venice film festivals, has lashed out at a government clampdown on artistic works, warning last year that “everything is returning to the most pathetic Soviet practices”.

His detention shocked his supporters and the arts world.

“The arrest of the director before a trial is a clearly excessive measure,” wrote Alexei Kudrin, a liberal economist and former finance minister, on social media.

Opposition leader Alexei Navalny said Serebrennikov’s detention was a warning to other arts figures that the Kremlin expected absolute loyalty ahead of next year’s presidential election, in which President Vladimir Putin is expected to run.

“They’re drawing a new red line. Your creative work must glorify the authorities, and with your friends, you should hold your tongue,” he wrote.

Al Jazeera’s Rory Challands, reporting from Moscow said: “The artistic community feels that authorities are using bureaucratic tactics to go after Serebrennikov and essentially pressing him for their political positions.”

In May, investigators searched Serebrennikov’s home and office and questioned him as a witness in an embezzlement case.

His lawyer could not immediately say if Serebrennikov’s detention was linked to the same case or a different one.

Police have already arrested three people in connection with the inquiry, two of whom are in custody and the other under house arrest.

In July, the Bolshoi Theatre pulled the staging of a controversial ballet directed by Serebrennikov, three days before its scheduled premiere, saying it was not ready.

The show was based on the life of the famous Russian dancer Rudolf Nureyev, who defected to the West.

The Bolshoi denied reports that the ballet had been scrapped because of its frank portrayal of the protagonist dancer’s gay relationships.

“There is definitely a case to made for the fact that space for people like Serebrennikov is diminishing in Russia at the moment.”

A court is expected to rule within the next 48 hours whether to keep Serebrennikov in custody or not. 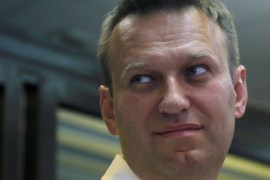 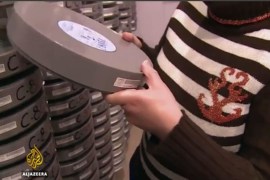 Soviet-era films, domestic and foreign, are all now being preserved as part of the former communist country’s heritage.