The Lebanese parliament voted this week to abolish an article in the penal code exempting rapists from punishment if they marry their victims, but women’s rights activists say this does not go far enough.

“For sure, what happened on Wednesday was a positive step, but people in Lebanon wanted to abolish the law and its effect on other articles as well – specifically articles 505 and 518,” said Manar Zaiter, a lawyer with the Lebanese Women Democratic Gathering NGO.

Articles 505 and 518 stipulate that the rape clause would still apply when sexual assault is committed against a girl between 15 and 18, and there is consent or a prior promise of marriage.

“I’m not applauding the efforts of the Lebanese parliament. These are rights, and they were supposed to be granted years ago,” Zaiter told Al Jazeera. “They were extremely late in abolishing the law.”

Civil society groups in Lebanon have also been fighting to end child marriage in the country. Lebanon has no minimum age for marriage, and its civil code regulating personal status matters lacks such guidelines. A draft law introduced to parliament in March seeks to set a minimum age of 18.

According to Zaiter, if articles 505 and 518 were also repealed as per the initial draft amendment brought forward by parliamentarian Elie Kayrouz, it would have been “much easier to then place a cap on the minimum age required for marriage”.

“Our government is one that is ruled and controlled by the social status quo – it is a sectarian entity,” Zaiter said. “But they [parliament] did not vote in favour of the original draft to protect the wishes of parties who claim to be defending Lebanon’s social fabric … The logic and philosophy of the laws that came in the 1940s came with a certain mindset that was there to protect society and public decency and to ensure that prevailing social norms were ratified. But today, we fight for individual rights – we don’t fight to protect society and its norms.”

The Institute for Women’s Studies in the Arab World at the Lebanese American University has asserted that gender-based violence is the most “obvious manifestation of gender inequality in Lebanon”. Organisations that support victims of sexual assault say they receive more than 2,600 reports of partner violence every year.

According to the institute’s director, Lina Abirafeh, this can be attributed to the lack of legal provisions that criminalise marital rape.

“The Lebanese parliament, at last, took a step towards women’s rights … but there is still much to work to do,” she told Al Jazeera. “It is not enough to change laws. Everyone in Lebanon must act to change the way society views women … This victory is one small step in the right direction.”

Kayrouz told Al Jazeera that his party’s amendment, proposed in August 2016, aimed to abolish the law and its effects on other provisions “without exceptions”.

“Following several long sessions of debate, the committee established to examine the proposed amendment did not adopt my original draft,” he said. “Instead, it settled for a tweaked version of the amendment that abolished many of the law’s effects on other provisions, including kidnapping and adultery, but maintained the law’s effect on articles 505 and 518.”

Although he believes this week’s decision was positive and progressive, Kayrouz still believes that more is needed, and he is now considering bringing forward a new motion to abolish the remaining provisions.

Last month, Jordan and Tunisia abolished similar marriage-rape provisions, while Egypt in 1999 and Morocco in 2014 made similar changes to their penal codes.

Danielle Hweik, a legal adviser at ABAAD, a Beirut-based gender-equality NGO, called the move in Lebanon “a huge step forward”. The final draft that was voted on in parliament came after months of meetings and discussions, she added.

“We heard their [committee members’] views, concerns, and addressed issues together. We worked side-by-side until we reached the draft,” she said. “We also launched our media campaign in parallel to the discussions in parliament.”

People were saying that the law was shameful to our country.

The “aggressive”, nationwide media and advocacy campaign by ABAAD ran alongside campaigns by other activist groups in the country to raise awareness about the consequences of the law. Women’s rights movements and NGOs have been advocating for victims of sexual assault for years, but organisers of the popular ABAAD campaign, called “A White Dress Does Not Cover Rape”, say their strategy and timing lined up in this instance.

A recent poll conducted to reveal how much the average person knew about the rape law (Article 522) discovered that less than one percent of participants even knew it existed, said Alia Awada, an activist and former ABAAD campaign manager.

“People were saying that the law was shameful to our country,” Awada said.

“[Rape] is a huge crime; we always have to be very aggressive while we’re defending the victims and survivors of sexual assault … Although some said that the law was necessary for a girl’s honour, most of the people who saw our campaign, and the media that we met, were very supportive and determined to abolish the law. We had an army of supporters.” 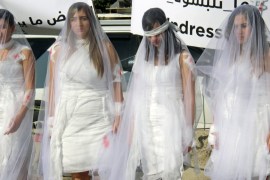 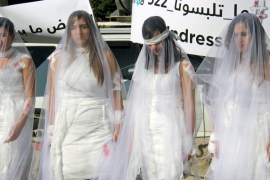 Parliament will consider proposal to strike down a law allowing rapists’ sentences to be commuted if they marry victim. 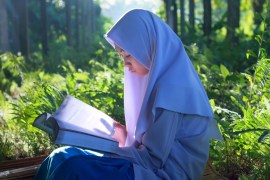 Men accused of rape are marrying their alleged victims in order to avoid prosecution.