Muganza, Rwanda – Felix Kanamugire was a killer during the Rwandan genocide, when between 800,000 and one million people, primarily Tutsis, were killed over the course of three months in 1994.

For his crimes, he was among the 120,000 men and women imprisoned in the aftermath of the slaughter. Once released in 2011, he returned to his village in southern Rwanda, near the border with Burundi, and tried to keep a low profile.

“When I came out of jail and I reached home, I knew there were relatives of a lot of people I killed and property I looted. It was too much fear. How could I approach these people?”

Kanamugire, who is now 57, was worried about running into one neighbour, in particular, Irene Mukaruziga, because he had killed her husband and destroyed her house.

“I would hide or take a longer route so as not to see her,” says Kanamugire.

From truth to reconciliation

One day, his friend told him that he could discuss these things in a group, known as a Peace Club, that met once a week near the village of Muganza, close to his home, where perpetrators could discuss their guilt and move forward.

I have uprooted that hatred that was inside of me ... We don't pretend to think it is done. This has to be a continuous process.

Felix Kanamugire, a perpetrator during the Rwandan genocide

“There was good teachings in how to ask for forgiveness,” he says.

“Initially, we sat in separate groups, but we have to take a step. They told us, ‘Don’t fear them [the survivors], you know what you did’.”

Eventually, he says, he went to seek forgiveness from Mukaruziga, who had sought monetary compensation for her destroyed property during a community trial known as “gacaca”.

“I decided one morning to go to her. I went to her neighbour and asked him to escort me. I looked for 10,000 Rwandan Francs [about $12]. She gave us a place to sit. It was like coming from heaven. I said, ‘I’m here to ask for forgiveness.’ My heart was pounding. They said, give me 10,000 Francs. I felt someone was removing my burden when she said ‘OK.'”

Mukaruziga says forgiveness was a hard path for her.

“I lost almost everyone in the genocide,” she says. “My neighbour did a lot of bad things – destroyed my house, took everything. He went to jail, but his wife stayed at their house. All the time, I couldn’t bear to see his wife and kids.”

Slowly, she says, after sitting together in the same discussion group, she started to feel ready to forgive Kanamugire.

“Before, I would never step into his house. Even if it were raining, I would never dare,” says Mukaruziga. “We only started to speak because of the club. Because of those teachings, things came into my heart. Now, we have a lot in common. The teaching and the counselling has been helpful. They teach us how to identify hate and indicators of when things are going wrong.”

Kanamugire says that through these meetings, “I have uprooted that hatred that was inside of me”.

But, despite his transformation, he says the Monday unity exercises remain one of the most important parts of his week.

“We don’t pretend to think it is done. This has to be a continuous process.”

The Peace Club attended by Kanamugire and Mukaruziga is supported by the London-based NGO International Alert. Hundreds of such clubs have sprung up across the country to bring together survivors and perpetrators of the genocide – with a special focus on those who were born in its aftermath.

There are all kinds of narratives we get from our parents, some true and some not true. And this is the source of conflict between us. As we continued we became aware how parents are poisoning their children.

In Rwanda, which today has a population of 11.6 million, more than 60 percent of the population is under 24 years old, too young to personally remember the genocide.

Since the end of the genocide, the government, led for 17 years by Paul Kagame, has pursued an official policy of unity and reconciliation, which emphasises Rwandan-ness rather than an affiliation as Hutu or Tutsi – categories imposed by Belgian colonial rulers that were arbitrarily based on a combination of factors including an individual’s wealth, skin tone, and nose size.

The Belgian colonisers had favoured Tutsis, and when they left in 1962, the Hutu-led government began persecuting the Tutsi minority. In seeking to close the circle, the government has made nationwide de-ethnicisation a priority and imposed strong restrictions on how the genocide can be discussed.

However, bullying based on a pupil’s family background is present in schools, where learning is especially difficult for orphans, the children of survivors, and those who have a parent in prison.

While survivors and the children of survivors often receive material support, sometimes the children of parents who are or were incarcerated do not receive assistance, which causes rifts between pupils, explains Evariste Shumbushuya, 24, whose father was in prison while he was in high school.

“Often, when you feel bad, you blame the kids [of survivors] for putting your parents in jail,” he says. But this changed when he joined a Peace Club in his second year of high school.

“Before I joined the club, there are a lot of things I had no idea about,” he recalls. “I realised they were getting this assistance because they had no parents. Most conflict you could see at school, it was because of these kinds of differences. It was tension that was not very open, but it was there. Some kids fought in the classrooms; there were bitter exchanges, like ‘Your parents killed my parents’.”

Shumbushuya now runs the club, called Urumuri Amahoro, which means “Light of Peace”. Its 71 members, who are between the ages of 15 and 25, assemble every Friday afternoon and share poems or act out plays that explore the themes of conflict and reconciliation.

“There are all kinds of narratives we get from our parents, some true and some not true. And this is the source of conflict between us. As we continued, we became aware how parents are poisoning their children,” Shumbushuya says.

He hopes to further bind his club’s members to one another through small cooperative projects, like pooling money to buy a goat that produces milk and cheese and will eventually bear offspring that they can share.

They also do farming and community service for the parents of impoverished members of their group.

Perpetrators say they committed crimes because 'the government told us to kill'. But someone with critical thinking skills can ask themselves, 'Why?'

“When we can change a child, their parents will also change.”

Silas Sebatware, who teaches history and geography at the village school, runs another Peace Club. In his club, like in so many others, they use scenarios, cartoons, and plays to discuss discrimination, prejudice, stereotypes and domestic violence.

“As a group, we interpret images which are not always straightforward to understand,” he says.

“This is important because it builds critical thinking.”

Sebatware says they also pay special attention to those who broke the mould of violence in genocide and rescued people, to teach students not to be bystanders.

“The clubs are also designed to provide information to younger generations who do not know the history of colonialism and the genocide,” says Jean Nepo Ndahimana, a former teacher who runs a training programme for educators with Aegis Trust, the organisation that runs the Kigali Genocide Memorial.

However, building societal change is tremendously difficult after generations of colonial rule and governments who privileged the majority Hutus over the Tutsis.

“Our parents were educated about violence by the government since the colonial period,” he says. “From 1962 until the genocide, the government emphasised discrimination and our curricula were designed to divide us. The government was doing what Trump is doing now in America – I mean, who is not an immigrant in America today?”

He says discrimination and hatred were incorporated into every subject. “An instructor in mathematics once put a question on a test: ‘If you have five Tutsis and you kill two, how many are left?'”

Now, he says, “efforts are being made in Rwanda to make people believe we do not have a different culture. We are trying to dig deep and find our roots.”

Before his organisation started training teachers in peace education in 2009, some teachers were apprehensive about discussing the genocide in the classroom, which left students reliant on their parents for information, which can be transmitted with bias.

“In an assessment developed in 2012, some teachers are scared to discuss the genocide, so sometimes they just skip it,” he says. As a result, when he would organise workshops for young people, he says, “students were not aware of what had happened”.

Since then, he and his colleagues have trained more than 940 teachers, each of whom has started a Peace Club in their schools. Moreover, in 2015, the Rwandan government overhauled its curriculum to include peace education in every subject, including mathematics and language classes.

“One of the factors that made the genocide possible was a lack of critical thinking skills,” explains Ndahimana.

“Perpetrators say they committed crimes because ‘the government told us to kill’. But someone with critical thinking skills can ask themselves, ‘Why?’

The reporting of this story was made possible by a fellowship from the International Women’s Media Foundation (IWMF). 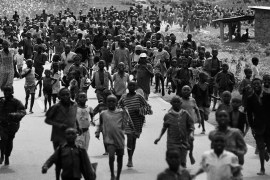 The journey photojournalist Jack Picone took across a Rwanda in the grips of genocide still haunts him to this day. 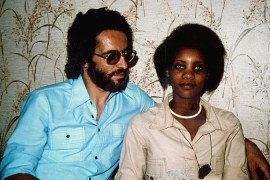 One couple hopes to take action against high-profile Rwandan exiles, alleged to have been deeply complicit in crimes. 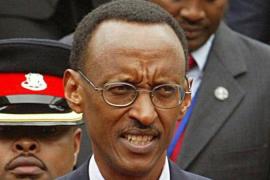 Twenty years after Rwanda’s genocide, should President Paul Kagame be seen as a saviour or a dictator?