On May 3, Libya‘s two rival leaders, Fayez Serraj, the head of the UN- backed Government of National Accord in Tripoli and strongman General Khalifa Haftar, whose Libyan National Army (LNA) keeps a tight grip on the East of the country, held a surprise meeting in the United Arab Emirates.

The encounter spurred fears among Serraj’s supporters that the conditions discussed in the Gulf country, a powerful sponsor of General Haftar, may disrupt a UN-brokered peace plan, known as the Libyan Political Agreement (LPA), rather than help it.

The UN deal was signed in 2015 but is widely considered as insufficient to reconcile internal rivalries.

UAE officials hailed the meeting as a major breakthrough after 18 months of stalemate between Tripoli and Tobruk. But analysts have been left wondering if a real discussion between the two reluctant leaders took place at all and why the talks didn’t produce any official documents.

Rumours have been swirling around about the results of the  meeting and how binding they would be.

According to diplomatic sources, the talks focused on reducing the Presidential Council from nine to three members, to include the head of the Armed Forces, Khalifa Haftar, the head of the House of Representatives Aqila Saleh, and the head of the unity government, Fayez Serraj.

The controversial Article 8 of the Shikrat agreement submitting the army to civil authority would be abolished. Serraj and Haftar also allegedly agreed to work on presidential and parliamentary elections in the Spring of 2018.

Reactions to the Abu Dhabi talks

Despite enthusiastic declarations for the results of the meeting in Abu Dhabi,  behind closed doors officials involved in the talks have expressed concerns that Serraj may have conceded too much to Haftar’s camp, analysts said.

“If the terms agreed upon in Abu Dhabi are confirmed, we are facing a debacle of the UN plan. We were hoping for a more balanced outcome,” said Karim Mezran, a Senior Fellow at the Atlantic Council’s Rafik Hariri Center for the Middle East.

Mezran said the result of talks held under a diktat would be short-lived, as neither Haftar nor Serraj can offer any guarantees that their commitments would find support among the militias back home, the only ones who retain real control over the country.

“Any accord that would ban other relevant players or place Haftar in a prominent role without the support of local actors is wishful thinking. It won’t last,” Mezran said.

As predicted, Islamists and militias have promptly reacted to news of the meeting in the Gulf country. Khalifa Gwell, head of the Islamic leaning Government of National Salvation, some hardline Misratan militias, followers of the Grand Mufti Sadeq Al Ghariani, have already scorned the results of the Abu Dhabi talks and vowed to wage total war if any such conditions would be put in place.

Any accord that would ban other relevant players or place Haftar in a prominent role without the support of local actors is wishful thinking. It won't last.

Militias in Zintan who are divided over their support for Haftar and are relatively independent of the influence of the General, have said they won’t back the terms discussed in Abu Dhabi.

Last week, Libya’s High Council of State (HCS) announced it will form a committee to discuss amendments to a UN-brokered peace deal with its Tobruk counterpart, reviving hopes that fresh negotiations may finally lead the country out of political deadlock.

The decision follows a meeting in Rome between Abdelrahman Al-Sweihli, head of the HCS, and Aqila Saleh, speaker of the Tobruk’s House of Representatives, who in early April agreed to discuss changes to the Libyan Political Agreement.

The announcement came as sponsors of the UN plan are accelerating their efforts to bring Libya’s main power centres to a broader negotiating table.

They fear that foes of the LPA may derail the UN plan and strike a more exclusive agreement between Tripoli and Tobruk that would ban Islamists from a final settlement.

The submission of the armed forces to civilian authority and the inclusion of Islamists into a future political framework have become the main issues of contention between Serraj and Haftar.

Last Monday a tweet by the UN envoy to Libya, Martin Kobler, seemed to clear away all doubts that Serraj and Haftar could have nailed down any accord away from the UN-brokered deal. “The LPA remains (the) framework for (a) negotiated settlement. Any amendment must be Libyan led, negotiated in (an) inclusive manner.”

Kobler’s post seemed to indirectly confirm that the UN would not back a deal that would exclude other important factions, including Islamists, from a future settlement. A position strongly contested by Haftar and his main sponsors, the UAE, Russia and Egypt, whose common aim is to contain the surge of political Islam and Islamist movements in the region at large.

The UN-envoy’s tweets came at the end of a ministerial meeting of Libya’s neighbouring countries held in Algiers on Monday, where Tunisia and Algeria reiterated their support for a revision of the LPA and a broader political settlement that would include moderate Islamist factions.

READ MORE: Can Russia resolve the conflict in Libya?

But the meeting in Abu Dhabi was intended to steer negotiations in the opposite direction.

“The UAE has imposed General Haftar as a legitimate player, whom the international community will have to deal with. The ultimate message is that there is no settlement of the conflict in Libya without Haftar,” said Arturo Varvelli, a Libyan analyst at the Institute of International Political Studies in Milan.

“This is a substantial success for Haftar and his sponsors, especially with regard to their containment policy of Islamist forces in the region.”

Varvelli said although there is no official confirmation on the actual content of the talks, the details leaked by UAE officials reflect the agreement that Egyptian President Abdel Fattah el-Sisi hoped to nail down in March when Haftar refused to meet Serraj in Cairo.

The conditions that most likely were imposed on Serraj in Abu Dhabi pave the way for Haftar to play a prominent role in any future settlement, but are highly unfavourable to the Tripolitania region and are unlikely to be accepted by local actors.

Weakened by Tobruk’s stern refusal to acknowledge his Government of National Accord, Serraj has seen his frail authority progressively eroded. Unable to secure the full support of Islamist factions in Tripoli and constantly challenged by rival militias in the East and the South, he has found himself increasingly isolated not only internally, but also by the international community.

A recent statement by US President Donald Trump, who declared that Libya is not a priority for his administration, delivered the final blow to Serraj’s efforts to gain consensus.

The US disengagement has left the camp open to Haftar’s sponsors, who pursue a direct and more exclusive settlement between Tobruk and Tripoli.

At this stage Serraj may have been forced to give in in order to salvage whatever is left of his dwindling authority and preserve a feeble role before he becomes totally irrelevant. On the other hand, Haftar’s supporters, unwilling to pursue a military solution that would plunge the country into a long war, may have cornered the General into accepting to negotiate a way out of the crisis that would grant him a decisive role, more probably at the helm of a unified military.

“How binding the discussions held in Abu Dhabi will be, it is difficult to say. But the fact that there was no official document may signify that the two leaders hold still very distant positions,” said Mezran.

Adding to the uncertainty of any outcome of the talks is Haftar’s character. He is a nationalist and authoritarian figure, highly unpredictable and surrounded by a submissive entourage who augments his political ambitions, Mezran said.

“Some militias in Tripoli have shifted alliances and pledged their allegiance to Haftar, an event that has tickled his aspirations and has persuaded the General to wrongly believe he may seize control over the entire country. But that is highly unlikely.”

READ MORE: Egypt, Libya and the cost of retaliation

The meeting in Abu Dhabi has pushed the Emirati leadership to the helm of any future negotiation on Libya. The UAE has been militarily involved in the North African country since 2014, providing key military support to Haftar in his struggle against Islamist militias and the Islamic State of Iraq and the Levant (ISIL, also known as ISIS) in the east of the country.

However, the Emirati leadership has never put itself openly forward in a mediating role.

“The UAE’s short term objective is to promote dialogue. Sheikh Mohammed bin Zayed’s ability to gather the two sides, plus Egyptian President Sisi, is an attempt to find common ground.

Any movement in this direction is to be welcomed given Libya’s many problems including migrant flows to Europe,” said Theodore Karasik, a senior advisor at Gulf State Analytics, a geostrategic consultancy based in Washington.

“The Abu Dhabi talks appears to have given impetus to push for a new equation between belligerents that is still in process in many capitals including Washington, DC. The long-term Emirati objective is to have Libyans themselves decide their future but definitely not to have another Tunisia.”

Libya has been wracked by chaos since the 2011 revolution that ousted and killed longtime leader Muammar Gaddafi. 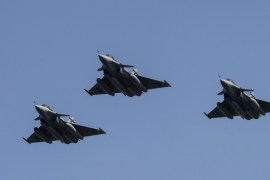 Military says 15 trucks carrying weapons from Libya demolished in air attacks but no details given on who was driving. 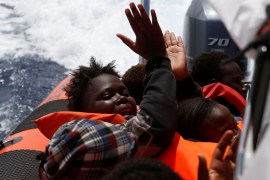 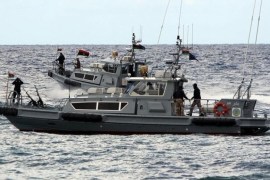