Algiers –  Algerian voters head to the polls on Thursday to elect a new parliament amid fears of voter apathy and opposition calls for a boycott. The polls will be the first since Algerian politicians amended the constitutional law, giving more power to the legislature.

More than 12,000 candidates are competing for the 462 seats of the People’s National Assembly (APN). Up to 23 million voters are registered to elect members of the parliament’s lower house for a five-year term.

The National Liberation Front (FLN), that has dominated the country’s political scene since Algeria gained independence from France in 1962, and its coalition ally the Rally for National Democracy (RND), led by President Abdelaziz Bouteflika‘s senior adviser Ahmed Ouyahia, have a large majority of seats in the two houses. It is most likely that they will retain it.

Opposition parties, which mostly boycotted the 2014 presidential election, have split over whether or not to run for this year’s election.

For the past month, Algiers’ old buildings have been plastered with larger than life posters showing men and women holding a voting card. Except for those giant billboards, however, there are little to no signs on the streets that Algeria is gearing up for the elections.

Few of the opposition parties, including former Prime Minister Ali Benflis’ movement and the Jil Jadid (Arabic for New Generation) political party, have called for the boycott of the legislative election, saying that the opaque regime has already chosen the winners.

However, the majority of the opposition parties have finally decided to take part in the electoral process.

On one hand, the secularists are represented by the Socialist Forces Front (FFS), Algeria’s oldest party, and Rally for Culture and Democracy (RDC). On the other hand, Islamist parties have formed two large coalitions: The Muslim Brotherhood‘s Movement of the Society For Peace (MSP) is campaigning with The Front for Change (FC), while the Front for Justice and Development (FJD) have reached an agreement with Ennahdha and El Bina, two Islamist-leaning smaller parties.

Observers say this should be the last parliamentary election under Bouteflika’s rule given the elderly president’s fragile health. In February, the 80-year-old leader, who came to power almost two decades ago, cancelled at the last minute a meeting with Germany’s Chancellor Angela Merkel, leading to further speculation about his health.

I could not care less. The outcome of the election has already been decided. Our votes will not be taken into account so why should I bother to go to the polls?

Karima, a 32-year-old manager at a marketing agency

According to the revised constitution, parliament members now have a say in appointing the prime minister and any parliamentary group from the opposition can choose an agenda to be discussed in monthly sittings.

This election, analysts say, comes at a crucial moment, not for the candidates, nor for the Algerian citizens, but for the ruling administration.

Beyond the result, “what is actually at stake is the turnout because the leaders need a legitimacy and are afraid of all those demonstrations turning revolutionary,” Dalia Ghanem-Yazbeck, a research analyst at Carnegie Middle East Centre, told Al Jazeera, pointing out to mass protests that erupted across Algeria’s Sahara in 2016.

The authorities want to do better than 2012, when less than 43 percent of the registered voters cast their ballots. It remains the country’s lowest participation rate at a general election.

To counter voters’ apathy, the government has launched a campaign “Samaa sawtek” (Arabic for “Make your voice heard”), urging voters to flock to the polls and instructing the local media to ignore the boycott movement.

Last Saturday, Bouteflika, who has barely been seen in public since suffering from a stroke in 2013, called upon the voters, in a letter released by the state-owned news agency APS, to “vote massively to reinforce political and security stability in the country”.

But, despite the government’s strenuous efforts, the Algerian voters, particularly the young population, have shown little interest in the electoral campaign.

On social media, the boycott movement is even getting viral.

For example, Algerian podcaster Chemseddine Lamrani, otherwise known as DZjoker, posted a video on YouTube explaining why he would not vote. The video went viral and has been viewed more than three millions times in less than a week.

Many Algerians say they see little reason to cast their votes since the polls are rigged. “The new election-monitoring body and the delegation of European Union’s observers, who will oversee the voting, can do nothing against the government’s manipulation. As long as this autocratic regime is in power, I am convinced that no independent and transparent poll can be held in Algeria,” said Mohand Kadi, a 25-year-old civil rights activist. Kadi believes that “only a grassroots movement can challenge “Algeria’s long-lasting status quo”.

“In the meantime, I am aware that abstention will benefit pro-government forces,” he told Al Jazeera.

Such a view was echoed by another young Algerian. “I could not care less. The outcome of the election has already been decided. Our votes will not be taken into account so why should I bother to go to the polls?”, Karima, a 32-year-old manager at a marketing agency, who has never voted, told Al Jazeera.

According to analysts, the boycott represents a “highly political act”. “Algerians suffer from political fatigue. They have the feeling that whatever they will do, vote or not, the results are known beforehand,” Ghanem-Yazbeck said.

Similarly, Habib Brahmia, a 30-year-old member of the Jil Jadid, who does not want to take part in this “political farce”, said: “Algerians don’t vote because they are not interested in politics. The people don’t want to vote because they know that it won’t offer a real change”.

Brahmia argued that, despite recent reforms, the parliament will continue to be a rubber-stamping and controlled body. “The regime adopts minor changes instead of pushing for a true democratic transition,” he regretted.

Fraud is not the sole reason why Algerians are expected to avoid polling stations.

Economic difficulties, resulting from the global energy price crisis, have seen austerity decisions brutally imposed on the oil-producing country. Earlier this year, the government adopted a new package of spending cuts to cope with plummeting oil prices, increasing the price of the subsidised fuel and electricity, raising taxes and freezing public-sector hiring.

However, Algeria, which heavily relies on hydrocarbon-generated revenues, ran a budget deficit of 12 percent of GDP last year, while its foreign reserves have been steadily declining from $196bn in 2014 to $114bn.

The economic downturn is exacerbating social tension throughout Africa’s largest country. People are furious about the growing inflation, with import restrictions pushing up the prices of goods, such as food.

“Today, we are more worried about the increasing cost of living than by the outcome of the upcoming election,” Kadi concluded. 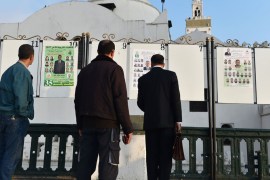 The May 4 parliamentary poll will be the first since the legislature adopted landmark constitution reforms last year. 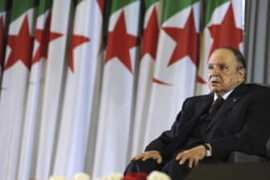