Istanbul, Turkey – There has been intense political campaigning going on in the districts of Istanbul for the upcoming Turkish referendum.

Tents, stands, and vehicles of rival campaigns play promotional songs and shout slogans – sometimes side by side mixing into each other in a cacophonic manner.

Turkish President Recep Tayyip Erdogan and the Justice and Development Party (AK Party) seek to boost the powers of the presidential office through the upcoming constitutional referendum set for Sunday.

They have a tremendous amount of support among the conservatives of this country as the AK Party has been in power for the last 15 years.

The majority of the “Yes” voters who I talked to in various districts of the 15-million person megalopolis said the fact that Erdogan and his party improved their living standards immensely is the main factor determining the colour of their vote.

Turks backing the changes express great support for Erdogan, saying he is the only one who can lead the country at a time of multiple security threats and regular bomb attacks, as well as the aftermath of the coup attempt of July 15.

They don’t seem to mind the presidential office significantly increasing its powers, as long as it is Erdogan who will sit in that office.

The constitutional changes – if passed – will only enter into force after the presidential and parliamentary elections set for 2019 take place. And Erdogan will have to be elected then to claim the powers this referendum will bring.

The “No” voters on the other hand mostly express their worries about democratic standards, which they say have been degraded in recent years.

They fear arbitrary governance as one person will wield significant power if the constitutional changes succeed.

They say they do not want “one-man rule” in the country and are afraid Turkish society will become more polarised among political lines.

There also seems to be reactionary backers of the constitutional changes, who will vote for the amendments because they believe some European allies of Turkey are supporting the “No” side.

Interactive: How will Turkey change if it votes ‘Yes’ on April 16?

Negative sentiment against the European Union is high in Turkey after Germany and the Netherlands blocked Turkish ministers last month from campaigning inside their borders to seek the votes of millions of Turks living there.

Others say they will vote “Yes” as the country’s pro-Kurdish party, which they believe is linked to outlawed Kurdish separatist fighters, is against the constitutional changes.

As we count down towards the key vote, one thing is clear: Whichever side claims victory on Sunday, things are not going to be the same in this country, strategically located between three continents. 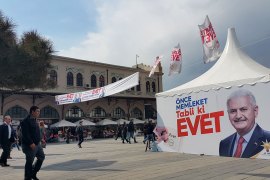 Campaigning intensifies in the run-up to Sunday’s referendum, with both sides trying to convince voters to back them. 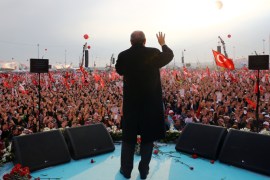 The proposed constitutional amendments provide a taste of the overall direction of Turkey for future. 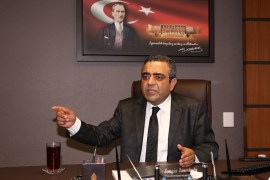 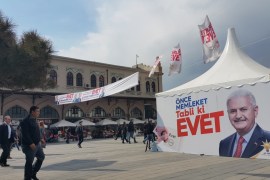 Al Jazeera speaks to Turkish voters about what to expect from the referendum that seeks to empower presidency.